‘Thor: Love and Thunder’ hit theaters on July 8 and, although it has divided critics and the public, what almost everyone has agreed on is the praise for Christian Bale’s performance , that with Gorr the Butcher of Gods gives us one of the darkest and creepiest villains in the Marvel Cinematic Universe. 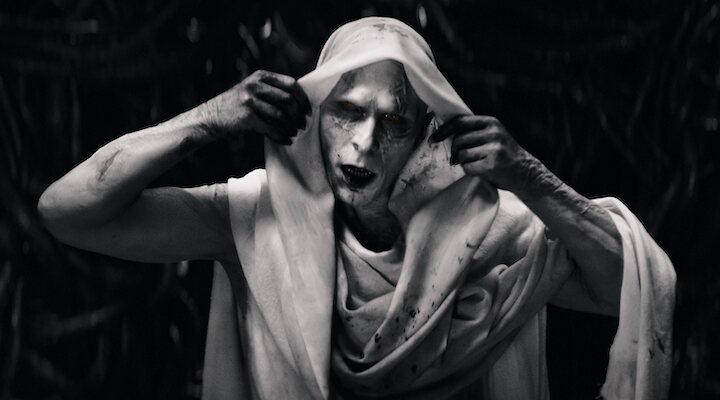 Of course, despite the good reception that the actor from ‘The Dark Knight’ has had in the UCM, many comic fans have not hesitated to point out disappointed that the version of the character that appears in the film directed by Taika Waititi is very different as seen in the vignettes. However, as usual, Before reaching the final look of the character, more versions were considered, including one much closer to the comic.

Aleksi Briclot, an artist who worked on the artistic development of the fourth installment of the God of Thunder, has posted on Instagram one of his concept art illustrations of Gorr, made shortly after Bale was hired to play the villain. In the image we can see the Butcher of Gods with an alien appearance and tentacles coming out of his head, very similar to those worn by the Twi’leks in the ‘Star Wars’ saga (species to which characters like Bib Fortuna or Garsa Fwip belong).

In the description of the concept art, Briclot explains that his intention was to merge the features of the character in the comic with the appearance of the actor. “Most of the attempts we made with the most comic-like nostrils ended with the same comment: ‘It’s Voldemort!'”writes the illustrator. “The same thing happened with the tiny pants he wears in the comics”keep going. “We decided to get rid of them because the result was weird or disturbing. In this illustration I kept the white tone of the body and, to prevent him from being just a naked guy, I added a Greek-style torso armor, simulating his musculature“.

The final result turned out to be very different and, although some would have preferred to see this version of the character, the Gorr that we ended up seeing on the screen, gloomy and spectral, has been enthusiastically received by many Marvel fansespecially thanks to Bale’s intense work in the tragic role.

After three weeks in theaters, ‘Thor: Love and Thunder’ has already crossed the threshold of 600 million dollars globally. The film starring Chris Hemsworth and Natalie Portman has accumulated 292.1 million dollars in the United States and 323.9 in the rest of the world.

However, according to forecasts It will be very difficult to beat its predecessor, ‘Thor: Ragnarok’, which grossed 854 million dollars worldwide, and could stay in the 710-720 million once its run in theaters ends. In addition to its divisive reception, other factors must be taken into account, such as the fact that it has not been released in Russia or China, unlike ‘Ragnarok’, and that it will soon be in the Disney + catalog.