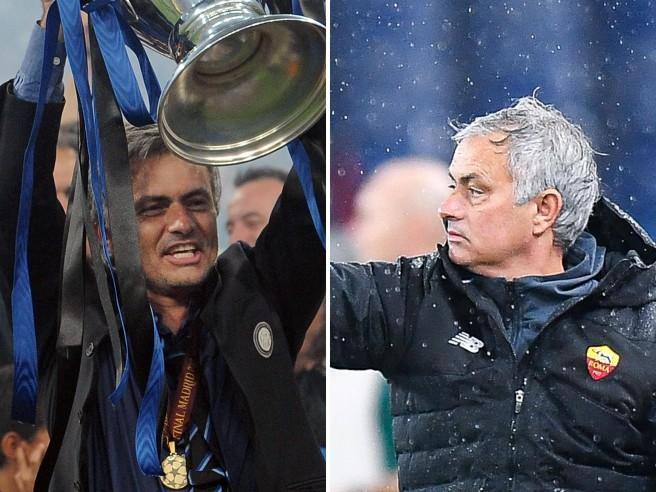 The Triplete coach and the Nerazzurri team meet at the Olimpico, amidst Baglionian melancholy and Baptistian surprises. But the collective Interista no longer goes to bed early

Possible soundtracks for this meeting which takes place in four thousand two hundred fourteen days since the last time, many have passed since the night of the Champions final won in Madrid on 22 May 2010, from the embrace with Marco Materazzi, from the tears of joy mixed with pain, from the last scene, the Inter coach which is about to transport the European champion team to Barajas airport and from there to Milan for the night party at San Siro, which leaves without the most awaited passenger on arrival, who will not be in Milan.

“And how are you” by Claudio Baglioni, with him macerating himself in a sequence of questions about her current life, from “who’s coming to get you?” to “who opens the door for you?”; or “You again” by Lucio Battisti, “but we shouldn’t have seen each other again”, that a pre-game service of the hyper-sentimental ones that generalist TV packaged in the Eighties and Nineties would have hosted as a musical carpet to accompany the beautiful images of the time that was and that then, from that night on four thousand two hundred fourteen nights ago, for a long time it was no more.

A few more hours, then José Mourinho And the collective inter will come back to meet, face to face for the first time. The coach of the Triplete and the keepers of his orthodoxy, the charmer and the snakes, the great magician and the privileged spectators of that gigantic varied art show that was the Inter two-year period 2008-2010, which began with the grin of “I’m not an idiot” and ended, in fact, amidst Madrid’s tears of joy, championships, a Champions League, an Italian Cup and a Super Cup later.

Roma-Inter on Saturday 4 December 2021, for the load of mixed feelings that the fans of the away team feel towards the coach of the home team, but above all for the almost insurmountable extent of the time elapsed since the “last time”, perhaps it has no precedent in the contemporary history of football. As if the AC Milan fans had met Sacchi or Capello as opponents after a decade of success, just to understand.

Because perhaps, just like in Battisti’s “Ancora tu”, the Inter fans and Mourinho were destined never to meet again, anchored in a memory not to be dirty with reasoning linked to the news (“Shall we boo him or applaud him?”), prisoners of a spell untied from the necessary sporting ill omen that is due to the opponent (“We must beat him!”), because – after all – slaves of that last scene from Madrid: the Champions League just won, the tears of joy, the hugs, the tears of pain, hello, goodbye forever.

A contemporaneity that overestimates love that lasts even during misfortunes, when it is perhaps more difficult to stay together after a great joy, it has allowed Mourinho to be loved beyond measure, in recent years, despite the betrayal. Of the “he left after letting us win”, the average Nerazzurri kept in his heart “letting us win” forgetting the “he’s gone”. Until Antonio Conte, all the Inter coaches who succeeded each other on his bench had to deal with José’s heavy legacy, as if Setubal’s former physical education teacher, on that bench, had left the most perfidious of curses .

At the Olympic Stadium in Rome, Saturday 4 December 2021, Roma-Inter match, that account closes. One way or another. We will say, from a distance, “You how are you” with the words of Claudio Baglioni or “Again you” with the music of Battisti. Though we, dear Mourinho, the collective Interista it is no longer like the Noodles of Once upon a time in America suddenly plunged back to New York after running away from himself. Even without you, she doesn’t go to bed early. Or at least not anymore.