Actor and comedian Gilbert Gottfried died on April 12 at the age of 67 “after a long illness.” He was a frequent guest at hollywood squares in the late 1990s and early 2000s and one of his host Tom Bergeron’s favorite guests, who remembered his late friend on Instagram.

Tom Bergeron said that Gilbert Gottfried was his favorite guest

In his first post about Gottfried’s death, the former TV host Dancing With the Stars he simply wrote: “Speechless,” with a grieving emoji. In a follow-up post, Bergeron recalled his time at hollywood squares.

Every time I’m asked who was my favorite guest during my years as host of “Hollywood Squares”, the answer is always the same; @realgilbert. Click the link near my profile picture to see an example of why… #RIP

Check out the sequence below:

Bergeron has honored several friends who have recently died

In an Instagram post, Gottfried’s family announced his death, writing: “We are heartbroken to announce the passing of our beloved Gilbert Gottfried after a long illness. In addition to being the most iconic voice in comedy, Gilbert was a wonderful husband, brother, friend, and father to his two young children. Even though today is a sad day for all of us, please keep laughing as hard as you can in Gilbert’s honor. Love, the Gottfried family.”

Glenn Schwartz, Gottfried’s longtime friend and publicist, told NBC News that the official cause of death is recurrent ventricular tachycardia due to myotonic dystrophy type II. Gottfriend is survived by his wife Dara, his daughter Lily, 14, and his son Max, 12.

This is the third comedic friend Bergeron has lost in recent months. On twitter, He wrote that he was “heartbroken” to lose Gottfried, adding: “Too many goodbyes this year.” He was close friends with Bob Saget, who died in January 2022. At the time.

He also remembered Betty White, who died on New Year’s Eve at the age of 99.

Bergeron wrote that he “has never been more proud” than when he honored White at the Daytime Emmy Awards.

Dancing With the Stars returns for season 31 in fall 2022 on Disney Plus. 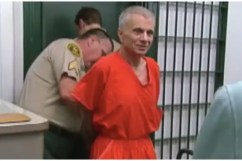 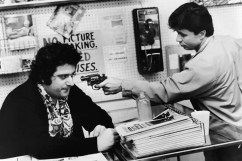