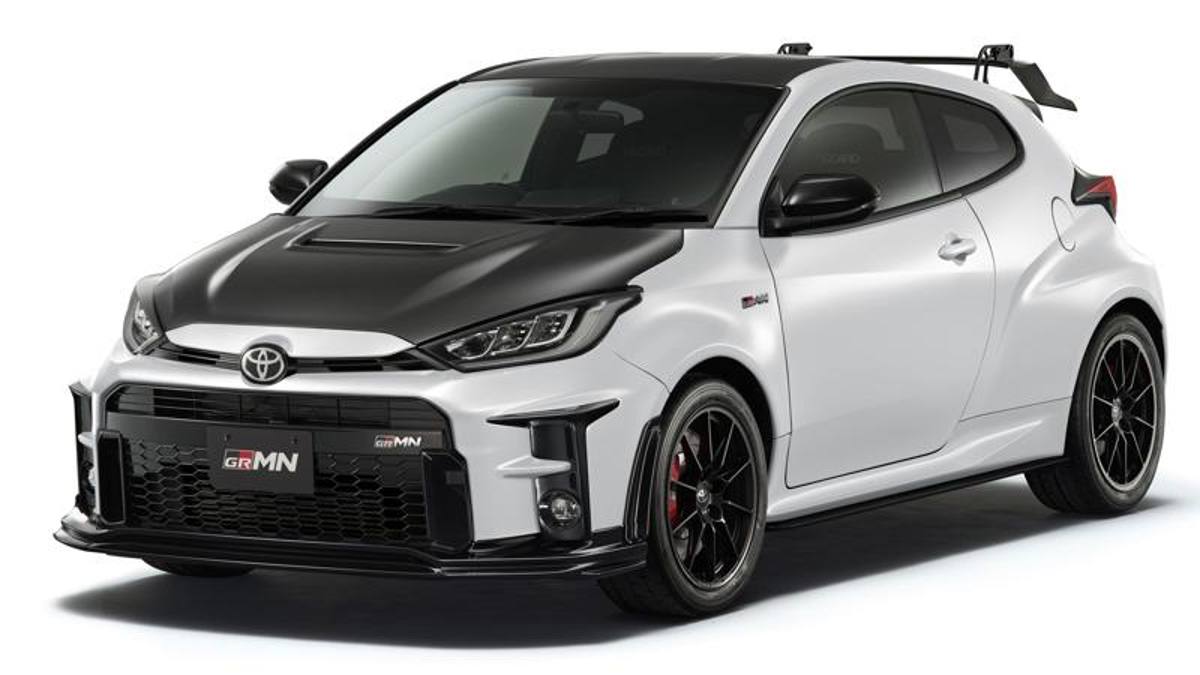 Presented at the Tokyo Auto Salon, only 500 units will be sold that make extensive use of carbon fiber to reduce weight: starting price of the basic configuration equal to 56 thousand euros

News from Toyota Gazoo Racing in the spotlight at the Tokyo Auto Salon, scheduled from 14 to 16 January 2022. Under the banner of its sports division, the Japanese house presented some new models, among which the GR GT3 Concept, developed for track competitions reserved for the reference category at an international level, but above all the Grmn Yaris, the long-awaited evolution of GR Yaris available in track and rally configuration.

Futuristic lines and “extreme” aerodynamics are the cornerstones of the GR (like Gazoo Racing) GT3 Concept project, which could represent the last step in the direction of a new car reserved for the GT3 category, the super sports cars derived from the series. The particular signs? The GR GT3 Concept is characterized by a decidedly elongated front engine hood, a “sharp” front with splitter and front appendages, but also wheel arches designed to optimize flows.

The side of Toyota’s two-seater sports car sports a sloping roofline that joins a compact rear tail, surmounted by a “maxi” wing to increase lift at high speeds. Among the essential elements in terms of aerodynamic flows, also the large extractor, while on the aesthetic front the rear is characterized by LED headlights that trace a thin horizontal line.

The Tokyo Auto Salon is the setting in which Toyota has also removed the veil on the new Grmn Yaris produced in a limited edition of 500 units, which can be purchased by participating in a reservation lottery on the official Toyota Gazoo Racing website: the car will be sold in Japanese dealers, with deliveries from summer 2022. Developed by the GR Yaris, launched at the end of 2020 with a 1.6-liter turbo petrol engine capable of delivering 261 Hp, the new Grmn Yaris will be available in both a “basic” version and two different packages, one reserved for the track, the other for the rally. The project was initiated on the impulse of Akyo Toyoda, president of the Japanese company (and driver in the Super Taikyu series for covered wheel cars), “to deliver to customers a car that can be customized according to individual tastes as in the field of motorsport. “.

Compared to the Toyota GR Yaris already on the market, the Grmn Yaris takes advantage of greater rigidity and a weight reduction of around 20 kilograms (compared to 1,280 kilos dry of the starting car). Thanks to aerodynamic improvements, the car is also 10 millimeters wider and lower than the GR Yaris: the latter measures 3.995 meters in length, 1.805 in width, 1.46 in height. On the mechanical front, the high-performance compact is equipped with a mechanical limited-slip differential and new gear ratios. The result, as the manufacturer declares, translates into better cornering performance and braking capacity. Furthermore, Toyota Gazoo Racing, presenting the Grmn Yaris, has launched two specific updating and customization programs designed to meet customer requests, providing the possibility of upgrading the technical elements and the software of the car itself.

On sale in Japan in a limited edition of 500 units in total, the Toyota Grmn Yaris has a carbon fiber bonnet, roof and rear spoiler and is offered at a starting price of the basic configuration equal to the equivalent of approximately 56,000 euros. In addition, there is the possibility of purchasing the Circuit package (only 50 units in matt steel color; the price rises to about 64,800 euros) which includes the specific Bbs 18 ” rims, the increased braking system, the Bilstein shock absorbers, wing carbon rear, side skirts and a specific profile of the front spoiler. Finally, the Toyota Grmn Yaris with the Rally package (about 64,100 euros) includes the roll bar and other ad hoc details.

Furthermore, at the Tokyo show, the Toyota stand welcomed the bZ4X GR Sport Concept model, a supersport interpretation of the electric SUV that stands out for its oversized wheels, sports seats and dedicated matt black coloring. The Lexus brand, for its part, exhibited the NX Phev Concept hybrid rechargeable SUV and the Lexus Rov Concept dune buggy.