For the first weekend of October, with summer now in the rearview mirror, the idea of ​​staying at home to watch a film, series or documentary could be particularly tempting.

And what to see on Amazon Prime Video? As usual, here are our streaming tips to not miss the new movies and new TV series that have just arrived, but also the titles that are about to be deleted from the Prime Video catalog.

So, without further spoilers (indeed yes, one: don’t miss Welcome to the Blumhouse if you love horror) here is the list of titles to give a chance to in the coming days. Enjoy your reading and … enjoy!

The stories of the employees of a company are intertwined around the coffee machine. Brilliant fast-paced gags tied by a single red thread: any excuse is good not to work.

A sinister creature threatens the inhabitants of a low-income community, and a feisty old woman tries to stop it in Bingo Hell, a wickedly original horror film with a devilishly fun twist. After 60+ neighborhood activist Lupita (Adriana Barraza) discovers that the area’s beloved bingo hall has been taken over by a mysterious businessman named Mr. Big (Richard Brake), she rallies her aging friends to face the enigmatic entrepreneur. But when longtime neighbors start dying in gruesome circumstances, Lupita suddenly realizes that gentrification is the least of her problems. Something terrifying has taken root in the quiet Oak Springs barrio, and with each new shout of “Bingo!” another victim falls prey to his diabolical presence. As the cash prizes grow and the body count steadily increases, Lupita must face the frightening realization that never before in this game is the winner to take it all. Directed by Gigi Saul Guerrero, Bingo Hell is written by Shane McKenzie, Gigi Saul Guerrero and Perry Blackshear. In the cast Adriana Barraza, L. Scott Caldwell, Richard Brake and Joshua Caleb Johnson. The executive producers of the film are Jason Blum, Lisa Bruce, Jeremy Gold, Marci Wiseman, Raynor Shima and Lauren Downey.

A resourceful teenager leaves her childhood behind when she begins to battle a group of deadly vampires in Black as Night, an action-horror hybrid with a strong social connotation and a biting sense of humor. Fifteen years after Hurricane Katrina devastated New Orleans, a new threat leaves its mark on the Big Easy and takes the form of puncture wounds in the throats of the city’s vulnerable and displaced population. When her drug addict mother becomes the undead’s latest victim, 15-year-old Shawna (Asjha Cooper) vows to get even. Together with three trusted friends, Shawna devises a daring plan to infiltrate the vampire mansion in the historic French quarter, destroy their leader, and restore his fanged disciples to their human form. But killing monsters is no easy task, and soon Shawna and her group find themselves embroiled in a centuries-old conflict between warring vampire factions, each fighting to claim New Orleans as their permanent home.
Directed by Maritte Lee Go and written by Sherman Payne. The cast of Black as Night includes Asjha Cooper, Fabrizio Guido, Mason Beauchamp, Abbie Gayle with Craig Tate and Keith David and among the executive producers Jason Blum, Jeremy Gold, Marci Wiseman, Lisa Bruce, Maggie Malina and Guy Stodel.

Most Dangerous Game it is a particular film, because it was born as a TV series released in 2020 on Quibi (a platform specialized in TV series made up of short-lived episodes, practically short film series) in 15 episodes of about 7-8 minutes each. Now the episodes are edited together into a single two-hour film.

Dodge Maynard is a terminally ill patient who, desperate to take care of his pregnant wife, agrees to participate in a deadly game in which he soon discovers that he is not the hunter, but the prey. In the cast Liam Hemsworth, Sarah Gadon, Christoph Waltz.

My name is Pauli Murray (documentary 2021) – out October 1st

Fifteen years before Rosa Parks refused to give up her seat on the bus, a full decade before the United States Supreme Court overturned distinct but equal legislation, Pauli Murray was already busy fighting full-time for social justice. A pioneering lawyer, activist, priestess and committed memorialist, Murray has shaped a longstanding litigation – as well as awareness about it – about gender and race equity. As a young African American who grew up in the segregated south, who also struggled with broader notions of gender identity, Pauli inherently understood what it meant to exist beyond previously accepted cultural categories and norms. Both Pauli’s personal journey and his relentless commitment have foreshadowed some of the most politically important issues of our times.

It’s been 15 years since a stranger kidnapped Samantha Andretti on her way home from school. At the time Samantha was only 13 years old: now she is a young woman who, having escaped her jailer, finds herself in the Santa Caterina hospital with a leg in plaster and a drip stuck in her arm. With Dustin Hoffman, Toni Servillo, Valentina Bellè.

Suspecting her husband David of infidelity, Catherine decides to pay an escort, Chloe, to test him. The woman will then have to listen to the young woman’s stories, not being immune to suffering. With Julianne Moore, Liam Neeson, Amanda Seyfried.

While visiting Verona with her boyfriend, aspiring journalist Sophie finds an old love letter written fifty years earlier by a woman named Claire. Hoping to come up with an interesting story to publish, the girl decides to contact the author and help her find the man she fell in love with as a young man. With Amanda Seyfried, Vanessa Redgrave, Gael Garcia Bernal.

For years, the mammoth cop Hobbs and the outlawed outcast Shaw have exchanged taunts and blows. But when Brixton, a cybernetically and genetically enhanced anarchist, gains control of an insidious biological threat that could alter humanity forever, Hobbs and Shaw must work together to defeat the one man who could be meaner than them!

What happens if two very different former elementary schoolmates meet again as adults and decide to exchange genetic codes to improve their lives? Between clumsy scientific experiments and DNA hacking with nefarious effects, the two will be decidedly Not Suitable for these new lives … With Lillo, Claudio Gregori, Anna Foglietta.

ABC series in which a group of FBI students are suspected of a terrorist attack. 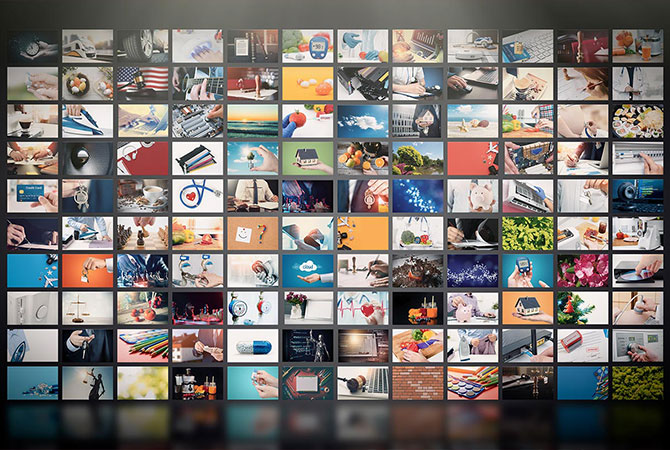 Who are the Italian voice actresses of Eva Green