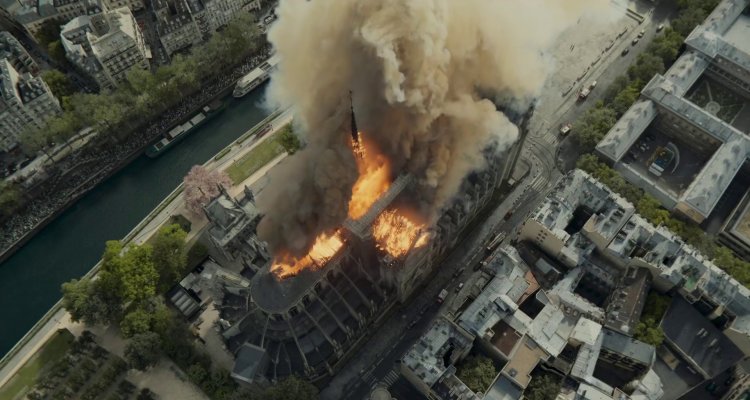 Ubisoft has announced a collaboration with Pathé, to develop a escape-room-style VR game based on the docudrama “Notre-Dame on Fire“by Jean-Jacques Annaud. It will be available in March and will allow us to take on the role of a firefighter inside the burning cathedral, on the night of April 15, 2019.

According to what is indicated, it will be 1 hour interactive experience. The game and the docudrama share the same name. This is the third time that Ubisoft has released a digital version of Notre-Dame. The first was in Assassin’s Creed Unity, a 2014 game set in 18th century Paris. The second time in 2020, when the French company made “Notre-Dame de Paris: Journey Back in Time”, a free experience that allowed you to see a reproduction of the cathedral.

Jean-Jacques Annaud was probably impressed with one of these versions of Notre-Dame and therefore contacted Ubisoft. “He knew we had a special attachment to Notre Dame,” he says Deborah Papiernik, Ubisoft senior VP. “I think that’s why he came to us. I don’t think he went to see [qualcun altro]”.

The director and the video game company began preliminary talks in early 2021, during which they tried to see what kind of tie-in made the most sense for both sides. With the film due out in March 2022, Papiernik and his team knew that such a timeline was too tight for a full game to be made. We therefore opted for a short, escape-room-style experience.

“Like any escape game, it’s a question of puzzles and cooperating with your teammates,” explains Papiernik. “The idea is to make your way through the cathedral to find the relics and fight the fire, because Notre Dame has to be saved [prima che scada il tempo]”.

Ubisoft’s designers worked closely with Annaud and her team, using the film’s script – written by the director and Thomas Bidegain (“A Prophet”) – as a sort of starting point. “This collaboration has really helped our team,” says Papiernik. “This doesn’t mean we translated everything into gameplay; rather, it gave our team food for thought for our adaptation.”

The game is expected to arrive in more parts of the world, but nothing has been indicated regarding the supported platforms. There are no gameplay videos or images available either. However, we can see the docudrama, in trailer below.

Tell us, what do you think of this interactive experience dedicated to Notre-Dame?