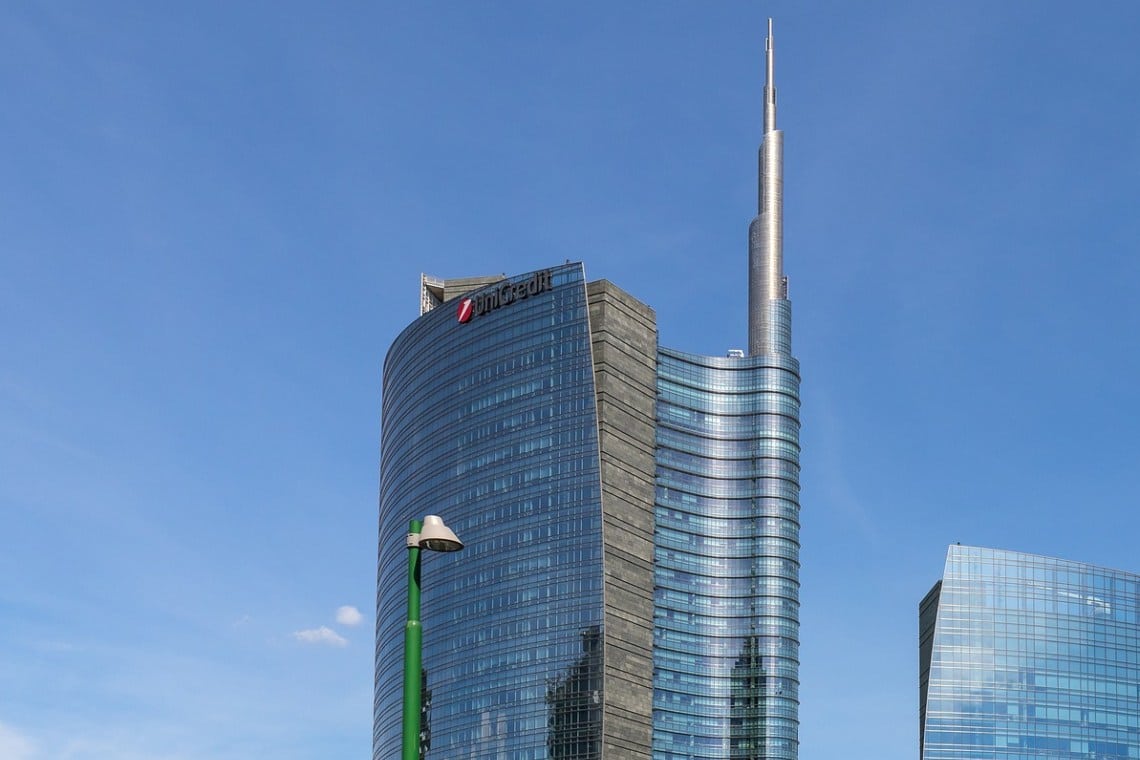 At the entrance of a Unicredit branch in Catania she appeared at dawn on January 12th a wreath of flowers. On the accompanying tapes were the words “Felix MT103“And the logos of three companies that manage Bitcoin.

Second some it would be a “provocation” against the “traditional” banks and at the same time one publicity stunt linked to the marketing of Bitcoins.

But according to others, the fact that Unicredit was targeted could also be a protest gesture against the bank’s stance against cryptocurrency investments.

It all started with a specific request for information from a bank customer on January 7th. The same customer then polemically posted the response received from the credit institution that in practice strongly advised against doing transactions in virtual currencies.

There is no misunderstanding, read https://t.co/V3E2Lf66qs
I asked a direct question to #Unicredit precisely to avoid misunderstandings and they answered in a clear, direct and exhaustive way.
Unless you know that #Unicredit it will come out with another official note for correction

After explaining that the system can “block payments to cryptocurrency trading sites for security,” the bank’s customer service added:

“I do not recommend making payments of this kind because they do not reflect the bank’s policies and this could lead to reports and even closure of the account”.

The report on the social triggered the reaction from bank customers and simple crypto investors who shouted at censorship and wished the bank to end up like Kodak or Blockbuster.

Upon requests for clarification, a spokesman for the bank confirmed that the bank does not currently allow investments in cryptocurrencies, but nothing has been said about the possibility of closing the account as an extreme form for those wishing to hold digital assets. However, the clarifications arrived later, again via social media, with the clarification that the institute does not inhibit its customers investing in digital currencies.

Clarification on our tweet of January 7th.
For more information you can consult the link: https: //t.co/5EvAIGKY8n https://t.co/85oZlJOarx pic.twitter.com/iF9fwIOYBH

Consob and Banks against crypto deregulation

The controversy sparked by Unicredit’s declarations is perhaps only the latest in chronological order of a rather complicated relationship between traditional and digital finance, not only in Italy.

On the occasion of the annual meeting of the Italian Banking Association (ABI), on 6 July the President Antonio Patuelli, he had also talked about cryptocurrencies in his report stating that:

“We need to put an end to the disorder of cryptocurrencies, which currencies are not, and the very strong risks of illegality that they hide”

On the need to intervene on the regulation of cryptocurrencies, the president of the Consob Paolo Savona that in November during a webinar promoted by the Sapienza University of Rome defined cryptocurrencies like the phoenix:

“They exist, but we don’t know what they look like. Building an economy with cryptocurrencies requires a better understanding of this complex financial world, which is still evolving ”.

On the other hand, in the latest Consob report on the investment choices of Italian families, published a few days ago, it is clear how the propensity to invest online and especially in cryptocurrencies grow among Italians, which represent 6% of investments by Italian families.