The stage lights generally do not reflect the feelings that are hidden in the hearts of many of our figures in the artistic and communication media, who have become anonymous heroes by courageously assuming the difficult conditions or situations they suffer their children.

For example, Fernando Villalona, ​​Sofía Lachapelle, Francisco Vásquez, among others, are parents “with arms to take”, tireless warriors who battle ad infinitum for the well-being of their children with autism or some other need for medical treatment. .

A few days ago, “El Mayimbe” touched the fibers of human sensibility by sharing with his followers the invitation to a march for the promulgation of the 05-13 law in favor of children living with autism, such as his 23-year-old son Matthew.

The merengue veteran highlighted how difficult it is to raise and educate a boy or girl with autism in the Dominican Republic and called on the senators to support the legislative initiative.

“Raise your voice and let’s march to achieve it,” Villalona posted on his Instagram along with a video in which he recalled the situation he lives with his son Matthew Yeremaya Villalona Vicioso.

The march on Sunday 26, at 10:00 in the morning, is organized by the Ladies in Black Foundation and will take place on Jiménez Moya Avenue with José Contreras in the Dominican capital.

Villalona shares with other artists, communicators and celebrities the reality of being parents who go the extra mile for the well-being of their special children. 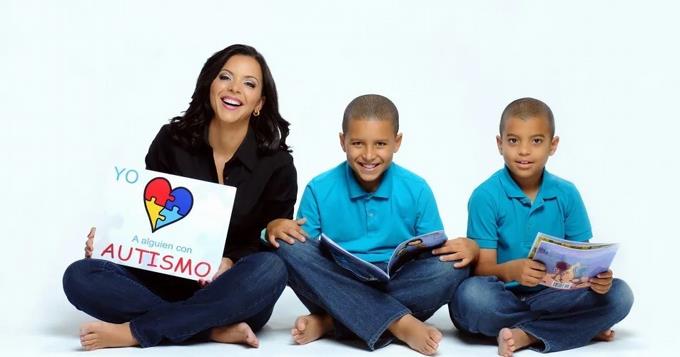 Dominican journalist Sofía Lachapelle, equally, it has become the voice of hope for many parents of autistic children.

She, mother of two autistic teenagers (Jayson and Maximus), has assumed her existence as a mission entrusted by God. She first embarked on the creation of the foundation “Un Paso a la Vez”, to help other people.

“The institution arises from the desire to collaborate with other families who, like me, need a guide to follow a path with firm steps to help their children. As a journalist, I understand the value of being informed, of knowing how and where to find what we are looking for, reasons that motivated me to do something that will contribute to this condition”, she explained.

From educational workshops on the subject and motivation for parents, health information fairs have been some of the activities carried out by the communicator through the institution. In 2018, she left the Telemundo network and embarked on the publication of her book “I am a special superhero”, with which she continues to support parents who live her reality. 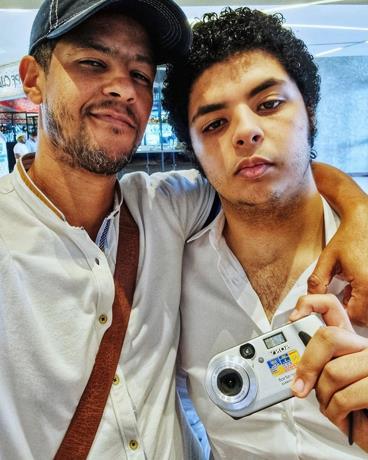 Héctor Aníbal is another reference. The singer and actor has shared with his followers the learning that he has experienced as a father due to the condition of his son Marco, diagnosed with Asperger syndrome from a very early age (Asperger is a condition within the autism spectrum).

Last April he talked about his experience on social networks. “If I could say today what has been the greatest difficulty that we have had to face as a family, without a doubt, it has been battling ignorance in our society. a person with autism 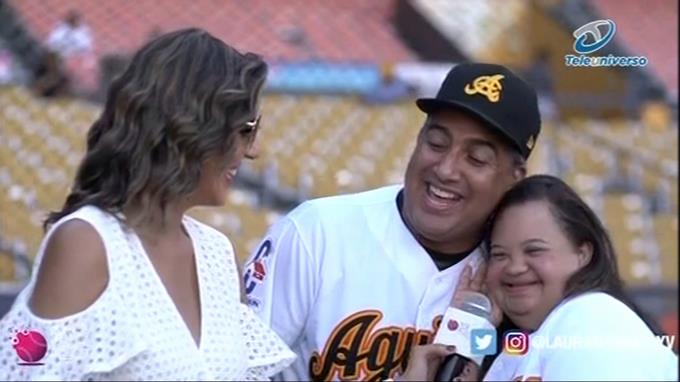 + A book by Francisco Vasquez

The television host and producer Francisco Vásquez knows “by heart” how to deal with situations, and he has reflected this in his book “The value of adversities”, based on the learning that he has had to live.

The communicator from Santiago speaks directly about moments and circumstances that he has gone through throughout his life and recounts events such as the birth of a girl with Down syndrome, the breast cancer process that his wife suffered and the clinical accident that caused her the loss of one of his kidneys.

“These situations transformed and forged me into the human being that I am today, also recognizing the fair value of other moments that I have lived and the valuable company of people who have collaborated in my evolution and spiritual development,” says Vásquez.

+ Manny Cruz
Other figures like Manny Cruz have overcome distressing moments with their children, but they were firm and with faith to overcome them. In the summer of 2019, the singer confessed what happened to his first-born Mateo, who was born with a congenital malformation in his left arm called ulnar dimelia or “mirror hand”, and which consists of having two ulna bones and absence of the radius, therefore , absence of elbow joint, dropped wrist, and extra digits. In the boy’s case, he had seven fingers with no thumb.

This is how the artist wrote it on his Instagram account when he recalled that he and his wife, the dancer Yeri Peguero, found out about their son’s situation at the time he was born, which meant a very big “shock” for the couple who they were debuting as parents and that, in addition, they were facing a difficult situation, which was later overcome thanks to an operation.

+ A foundation
The singer-songwriter José Antonio Rodríguez and the dancer Mónika Despradel were the parents of Sebastián, a young man with cerebral palsy, who inspired him to help other children with similar situations. From the hand of Mónika, the “Nido para Ángeles” foundation was born, which since 2007 has been working to improve the quality of life of children with cerebral palsy and their families. As well as raising awareness and educating the population from a perspective of inclusion and guarantee of rights.

“We believe in respecting the different abilities of people, we promote that inclusion is the essential part to eliminate or minimize the barriers that limit learning and social participation”, Despradel commented.

Kim Kardashian accused of being a bad mother for her daughter North!

Belinda covered the tattoo that was made with the initials of her ex-boyfriend Christian Nodal: this is the new design | Famous