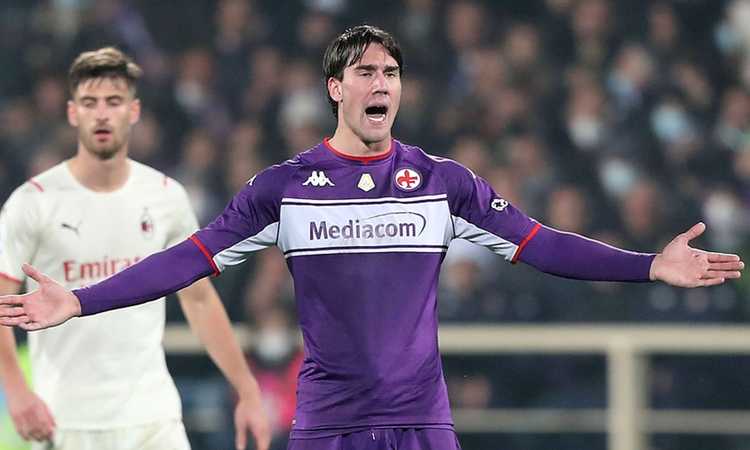 Dreams interrupted and sensationally reactivated at the first revelation of winter. Inter CEO Beppe Marotta took care of warming up a cold Milanese evening, from the 32nd floor of the Pirellone, where the Lombardy Regional Council is now based, which hosted the event entitled “The Milan team and its present and future challenges”, in which the Nerazzurri manager took the floor after being was rewarded, dusting off hopes that now seemed buried by a sad climate of resignation. But you know, At Christmas you can… And then it happens that the Nerazzurri CEO suggests that Vlahovic is indeed an almost impossible business, but not to the point of giving up thinking about it.

PROGRAMMING – In the viale della Liberazione offices there is a theme that enlivens the days of the Nerazzurri management, because good planning is the only insurance for the future and the time has come to think about the 9 of tomorrow. Because Dzeko is 36 years old and Lautaro, albeit very strong, is not, and perhaps never will become, that stinger with a killer instinct. Temperament that instead has the Fiorentina center forward, never gone off the Nerazzurri radar.

THE JOURNEY OF MAROTTA – Marotta had immediately identified its potential, Dusan was the chosen one for the post Lukaku and for him the CEO of Inter traveled to Florence in the summer, where, however, he had to deal with Commisso’s resistance, which he at least tried to unearth some promises for the future. The purple president did not grant any openings, but he appreciated the move of the Nerazzurri manager, who preferred a constructive dialogue with the lily ownership rather than aggressive insertion among the renewal problems. Action, perhaps, the result of strategy, but still as a gentleman, which at least served to build a good relationship.

THE CONDITION – But what is true between Inter and Vlahovic? In addition to the extreme appreciation, there are the past dialogues with his entourage, who never disdained the Nerazzurri, on the contrary … Of course, to curb the enthusiasm there is the little reassuring balance, but to reopen the games here are the words of Marotta: “A good manager must have the ambition and the courage to throw himself into impossible negotiations”. And what if not this one? Inter have launched their message, the challenge is full of critical issues, but an attempt must be made. Of course, there is an essential condition: before a possible lunge, Inter will have to cash in and think about the sale of a big player. Lautaro? The Argentine is doing well in Milan, but should unmissable offers arrive, Inter would consider his departure, especially if the substitute could be Dusan Vlahovic, who at Inter, in perspective, consider even stronger and who, one year after the deadline, cannot have exorbitant prices. Everything is open, according to Marotta.