If you have ever bought a camera or a smartphone, it is very likely that you have been asked how many megapixels it has. There is a widespread popular belief that determines that the higher the number of megapixels, the better the photographs taken by a camera. However, even if it seems a lie, a higher number of megapixels is not synonymous with higher photographic quality.

Both smartphone cameras and digital cameras have sensors with a variable number of megapixels. Currently, there are already, for example, telephone companies that they far exceeded 100 megapixels in the main sensors of their phones. It is true that these generally take amazing pictures, but this is not only due to this enormous amount of megapixels. We are going to delve a little deeper into what megapixels are, as well as their real importance in photography.

What is a megapixel?

Before talking about a megapixel, it’s time to define what a pixel is. It is the smallest homogeneous unit in color that is part of a digital image, or in other words, it is each color point that makes up an image. So, a megapixel is actually a unit of measurement that represents a million of these pixels. If, for example, we take an image, and it has a resolution of 6,000 x 4,000 pixels, we can relate it to a 24-megapixel sensor, since the result of multiplying these quantities gives us 24 million pixels. 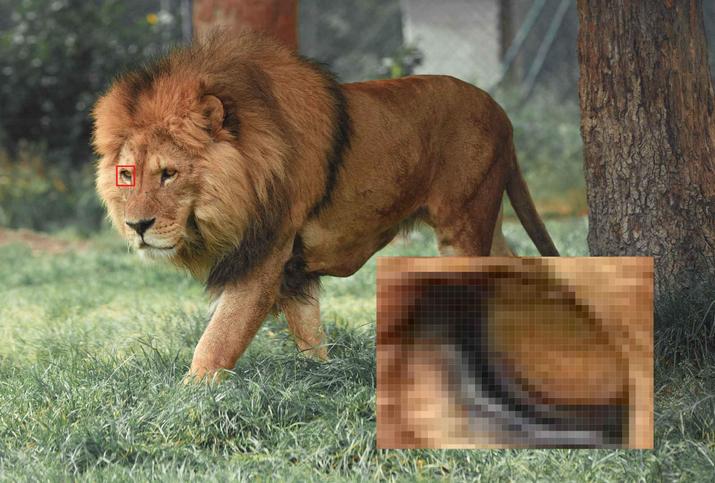 Megapixels of the indicated region.

What this would come to tell us is that the number of megapixels offered by a camera what it will determine is, in reality, the size of this. A very large number of these would obviously help the image to be better, although it would be useless if other factors do not accompany it, as we will see later. However, we do have to recognize two scenarios where the number of megapixels is key.

On the one hand, we have printing or photo edition. When printing or editing a photograph with editing software, it is very important that it has the highest number of megapixels possible, as it will greatly facilitate the work, as well as avoiding loss of quality. In the other possible scenario it will also be key to precisely avoid the loss of sharpness, and it’s for zooming.

So what is it that matters in a camera?

As we have seen just above, the megapixels of a camera matter, but very little on their own. The reality is that there are two differentiating elements that have a much greater impact on the quality of the photos than the megapixels, and they are the camera lens and sensor (in addition to the processor). If our camera has many megapixels, but a small or poor quality sensor, we will not see that enormous number of pixels translate into a high quality photograph.

Today there are more companies that affect the quality of the sensor of their cameras when advertising one of their models, and it is because this is much more important than the number of megapixels. The reality is that all the adjustments we can make to a camera before taking a picture are intended to regulate the amount of outside light that enters the sensor. In this sense, we can say that the larger and better quality the sensor, the better photos the camera can take, something we cannot say about megapixels.

The lens and the lens are also very relevant, not only because of its quality, but also because there are lenses that are designed for one use or another. All this also applies to the smartphone sectorwhere much emphasis is still placed on the megapixels of the cameras that use these.