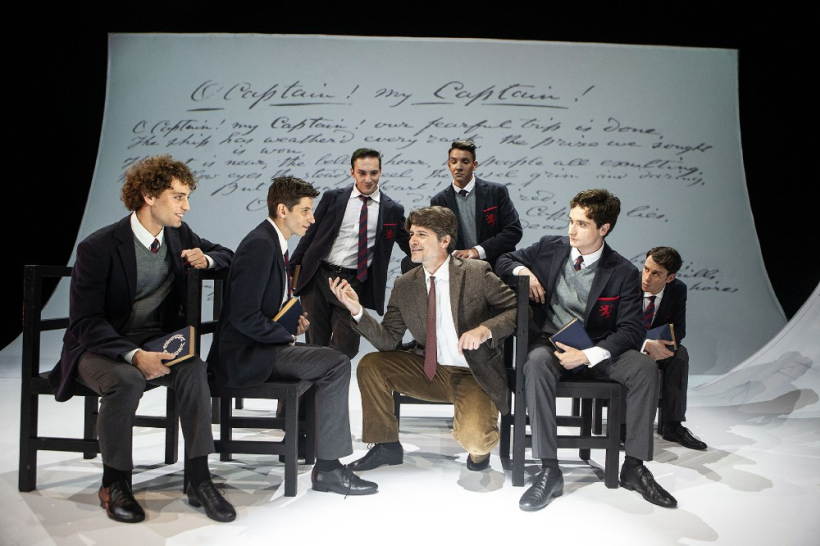 Weekend events from 14 to 16 January in Milan: concerts, shows, exhibitions and other events

Weekend coming to Milan, are you looking for ideas on what to do in the city? Let’s find out together the events – concerts, shows, exhibitions, events for families with children – not to be missed Friday 14, Saturday 15 January and Sunday 16 January.

What to do in Milan on Friday 14 January: the fleeting moment

On Friday 14 and Saturday 15 January at the TAM Teatro Arcimboldi, “L’Attimo Fuggente” (cast of the show) is staged, a theatrical transposition of the cult film starring an unforgettable Robin Williams.

Ettore Bassi brings Professor Keating to the stage in an intense, moving and choral show directed by Marco Iacomelli.

Tickets to attend the show The fleeting moment at the Teatro degli Arcimboldi in Milan they are on sale at prices ranging from 30 euros (high stalls seat) to 45 euros.

Pretty Woman the Musical at the National Theater

The show is staged at the CheBanca National Theater until January 22nd Pretty Woman – The Musical.

Stage Entertainment returns to make us dream with a fairy tale taken from one of the most loved romantic comedies ever, directed at the cinema by Garry Marshall and starring Julia Roberts and Richard Gere: the show Pretty Woman – the musical.

At the Dal Verme Theater on January 15th it will be a Saturday full of words and music: at 3 pm in the Sala Terrazzo there will be the first of the six meetings that make up the 2022 program of Connections outside the foyer, cycle of conversations, between music and books edited and conducted by the writer and journalist Michela Fregona.

Free admission upon reservation at the ticket office or online at ipomeriggi.it.

In the first conversation, scheduled for Saturday 15 January, a violinist tells her story as a pupil and has as its protagonist Hildegard De Stefano, a young Milanese violinist, known to the public for the Rai1 television series The company of the Swan and author of the book Musical diary published by La nave di Teseo (2021). It will be the first presentation of the volume in Milan.

On Saturday afternoon from 5 pm, the repeat of the weekly concert of the 77th season of the is scheduled in the main hall Musical Afternoons, with the return to the podium of the musical director James Feddeck and a prominent guest, the young violinist Andrea Obiso, who in 2020 defeated 80 competitors from all over the world, becoming first violin of the Orchestra of the National Academy at just 26 years of age of Santa Cecilia.

Advance tickets for the concert on Saturday 15 January on Ticketone (balcony: 14 euros).

In Milan Alice! in Wonderland

The show at the Fabbrica del Vapore Alice! in Wonderland, which sees the intense voice of Elisa as the protagonist.

Alice! In Wonderland is an event of nouveau cirque unique and special, designed and created for everyone, theater lovers, great Broadway shows, lovers of special effects.

The show will be staged within a Spiegeltent, an unusual early 20th century structure with Belgian origins which, for the first time in Italy, was installed in the courtyard of the Fabbrica del Vapore.

Made of wood and decorated inside with mirrors and velvets, for the occasion it will become the Magic Mirrors Theater in which the public will immerse themselves in the Wonder, where, guided by incredible acrobatics and costumes, between lights and evocative music, they will follow Alice and the White Rabbit in a new exciting magical adventure in the enchanted world told in the pages of Lewis Carroll.

The fifth edition of the ScienzaInScena Festival Pent-Act, produced by PACTA. dei Teatri, with the artistic direction of Maria Eugenia D’Aquino.

The festival sees the collaboration of the main national scientific institutions including the Polytechnic and the Civic Planetarium of Milan, the INAF National Institute of Astrophysics and the festival Theater of Wonder of Trento, to which the University of Camerino and the Department of History University of California, Berkeley are added this year.

The festival will be inaugurated on Friday 14 January by a special testimonial, Maria Gaetana Agnesi: the mathematical benefactor of the 18th century, played by Maria Eugenia D’Aquino, will welcome the public in a real living room in the heart of Milan, the Après -Coup, disserting on science and theater with experts from various disciplines and with music, exactly as he used to do in his living room 3 centuries ago.

The PACTA SALONE is in via Ulisse Dini 7 in Milan. For information on costs, show times, access rules, visit the website www.pacta.org or contact the infotel 0236503740.

Exhibitions in Milan to start 2022 with Art

There are really numerous exhibitions open to the public in the first months of the new year (discover the top 10 exhibitions of 2022 in Milan), some of which can already be visited in these last days of 2021.

Until 13 February 2022 in the spaces of the Mudec – Museum of Cultures the exhibition “Disney. The art of telling timeless stories “.

The exhibition recounts the masterpieces of Walt Disney, tracing the stories back to the ancient matrices of epic tradition: it is the myths, medieval legends and folklore, fables and fairy tales that have constituted the narrative heritage of the various cultures of the world for centuries.

From Friday 14 January: Le Rane at the Fontana Theater

From January 14 to Fontana Theater debuts in the national premiere The Frogs by Aristophanes, directed by Marco Cacciola.

Produced by Elsinor Centro di Produzione Teatrale, Teatri di Bari and Solares Fondazione delle Arti, the show is the final result of a larger project – in the pipeline for two years now and postponed several times due to the health emergency – which, in the months , involved various realities of the territory.

On stage a different choir of citizens every evening supports the nucleus of young artists, trying to re-establish the ancient link between society and theater.

One of Aristophanes’ most famous works therefore relives in an unpublished, heterogeneous and shared staging that accompanies the public on a fun and visionary journey into the underworld.

On stage we witness the daring adventures of the god Dionysus and his servant Xantia, heading towards Hades to bring back to life a Poet who saves the city from cultural decay.

The Fontana Theater is in Via Gian Antonio Boltraffio 21, Milan. For more information: 02.6901 5733, Biglietteria@teatrofontana.it

Ice skating under the building of the Lombardy Region

The usual appointment with 02ICE, the ice rink in Piazza Città di Lombardia, will accompany the citizens again this weekend. Scheduled scenographic shows, creative skating and performances on ice of sports teams.

Specialized instructors and coaches will be at your disposal, at times and days to be agreed with the 02ice staff at the track.

02ICE is the largest indoor ice rink in Milan, available to families, children, teenagers, schools and employees of the Lombardy Region.

For updated information on opening hours and other information, visit the website www.02ice.it

15 and 16 January: drawing and play workshops for children at the Triennale

On the weekend of January 15th and 16th, as part of the programming Education, Triennale Milano will dedicate particular space to children aged 5 to 10.

Starting from the visit of Italian Design Museum, children will be asked to try their hand at a memory game, a sort of revisited version of the classic pairing card game.

The activity that will instead kick off the visit to the exhibition Saul Steinberg Milan New York, will see the little ones busy drawing the skyline of their dream city, using a long strip of paper folded like an accordion, the so-called leporello.

Below is the summary information on workshops for children scheduled for the weekend (duration: 90 minutes per workshop):

Currency what to do today in Milan, browsing our events agenda. Do you have plans for the weekend? Discover the weekend events in the city and surroundings.