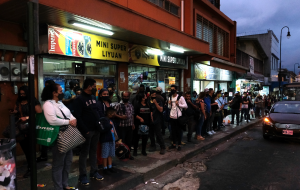 (CRHoy.com) Since the declaration of a pandemic in March 2020, the virus that causes COVID-19 has proven to be unpredictable by authorities and scientists.

Since the rise of mutations with changes in transmissibility or symptomatology, until new waves, outbreaks, reinfections or doubts in the immunization, it has been part of what the world has had to face.

One of the great doubts that still remain is Why some people do not get sick despite having contact with infected?

“It’s inexplicable, but it is possible that some of these people have been infected asymptomatically and that, perhaps with a serological test or a sample survey, could be guaranteed, to find out if they have antibodies,” said Luis Rosero, demographer and public health worker.

Dr. Roberto Salvatierra, a physician at the Hispano-American University (UH) School of Medicine, agrees with him, and also states that Many of the cases passed as asymptomatic without being perceived by people.

“There is a difference between not being infected and being asymptomatic. There are many people who get infected and are asymptomatic, and this especially now that there is a very important population vaccinated, there are many people who go and have an exposure with a person who is sick and, obviously, their immune system – hopefully with even the third dose – ensures that there is no disease or the disease is very mild, “he explained. 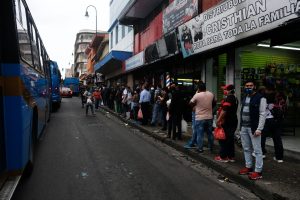 According to the doctor, this type of scenario becomes more normal with the circulation of a less severe variant, as proved to be omicron.

María Luis Ávila, former Minister of Health, points out that since these are such mild cases, “many people can say ‘today I woke up with runny nose, but that’s all, maybe it’s an allergy’ and it may eventually be a very mild omicron condition”.

Both Ávila and Salvatierra, this depends a lot on the immune system.

“There are also people of whom we don’t know why, but they are completely immune to COVID, we have seen it a lot, especially in children. From the beginning of the pandemic we saw the first cases in Wuhan, where they had many isolated families and older adults died and many orphaned children were left, they did not even cause bodily pain.

“This is the genetics of people, age and the behavior of diseases”, the UH doctor added.

A recent study by scientists at Imperial CollegeLondon determined that people who have not been infected despite exposure to the virus, they could have a natural immunity caused by having been exposed to other human coronaviruses, like the common cold.

The investigation showed that these people contained a high level of T cells, a type of cell of the immune system.

“Those high levels of pre-existing T cells, created by the body when it becomes infected with other human coronaviruses like the common cold, may protect against COVID-19 infection.” said Rhia Kundu, lead author of the study and who also works at the university’s National Heart and Lung Institute.