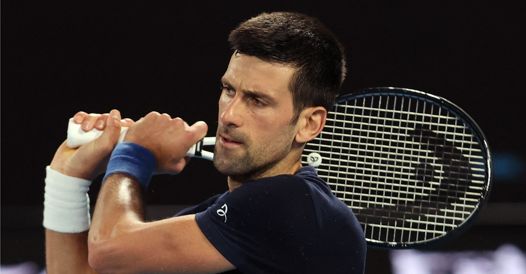 from Marco Calabresi and Andrea Sereni

Australia has revoked Novak Djokovic’s visa: the tennis player should be expelled, but he can still appeal. His participation in the Australian Open at risk

The Australian government revoked Novak Djokovic’s entry visa for the second time. The Minister of Immigration, Alex Hawke, canceled the permit of the Serbian, who admitted that he was not vaccinated against Covid, for reasons of health and public order. According to the minister, it was in the interest of the population to do so. The tennis player’s lawyers have prepared an appeal in record time, which will be discussed in front of Judge Anthony Kelly at 10.45 am Italian time.. I understand the decision – added the Australian Prime Minister, Scott Morrison -, our people sacrificed so much during this pandemic, and now they expect these sacrifices to be protected. Our border protection policies have always kept Australia safe.

The Australian Open, the first Slam tournament of the year, starts on Monday. Djokovic, the number one in the world, leads the scoreboard of the men’s singles, which in the event of his forced forfeit will be reviewed. He risks not being able to set foot in Australia for the next three years.

I exercised my power under Article 133C of the Migration Law to cancel the visa that Novak Djokovic had obtained for health reasons on the grounds that it was in the interest of the population, Minister Hawke explained in a statement. The Morrison government firmly committed to protecting Australia’s borders, particularly in relation to the Covid-19 pandemic, the document still reads.

Article 133 to which Hawke refers what could lead to a three-year ban on entry to Australia. Djokovic’s lawyers are considering whether to appeal the visa cancellation at the federal circuit and the family court. The intention seems to be to continue the legal battle to allow the Serbian to play the Australian Open.

Request an urgent hearing, to have the case discussed in useful time for Djokovic to participate in the tournament (in the event of a positive outcome for him), which starts on Monday. According to Australian media, Nole could be returned to the Park Hotel before being permanently deported.

On January 4, Djokovic announces on Instagram that he is leaving for Australia with a medical exemption for the vaccine. Arrives at Melbourne’s Tullamarine airport in the middle of the night (when in Italy it was 1.30pm), he is locked in a room, two officers guarding the door, subjected to a questioning of over seven hours at the end of which the entry visa is revoked. That night Djokovic admits to Melbourne authorities that he had never been vaccinated against Covid, but that he tested positive for the virus on December 16. For this he requested and obtained the aforementioned exemption from the vaccine. There is no lack of inconsistencies. The tennis player claims not to have traveled in the 14 days prior to arriving in Australia, in fact he was in Spain and Serbia at that time. A human and certainly not deliberate mistake made by his agent, he explains, in filling out the travel form.

There is still night at customs at the basis of Judge Anthony Kelly’s decision to revoke the cancellation of the Serb’s entry visa. From the transcripts of the interrogation, inconsistencies emerge regarding the time promised and then actually granted to Djokovic to defend himself and present valid reasons for avoiding the cancellation of the visa. A vice of form that allows the Serbian to win the first legal battle with the Australian government and so to leave the Park Hotel. On Monday evening he runs to Melbourne Park to train, shares a photo with his racket in hand and coach Ivanisevic by his side.

He thanks the fans who demonstrated for him, he makes it clear that he is in Australia for the Open, that he is focused on the tournament (which he has won nine times, an absolute record). He is also included in the scoreboard, seeded number one, first round against fellow countryman Kecmanovic. The Slam number 21, one more than the rivals of all time, the mountains he has to climb all his life, Federer and Nadal. Then Minister Hawke’s decision. To try to overtake Novak risks having to wait a little longer.