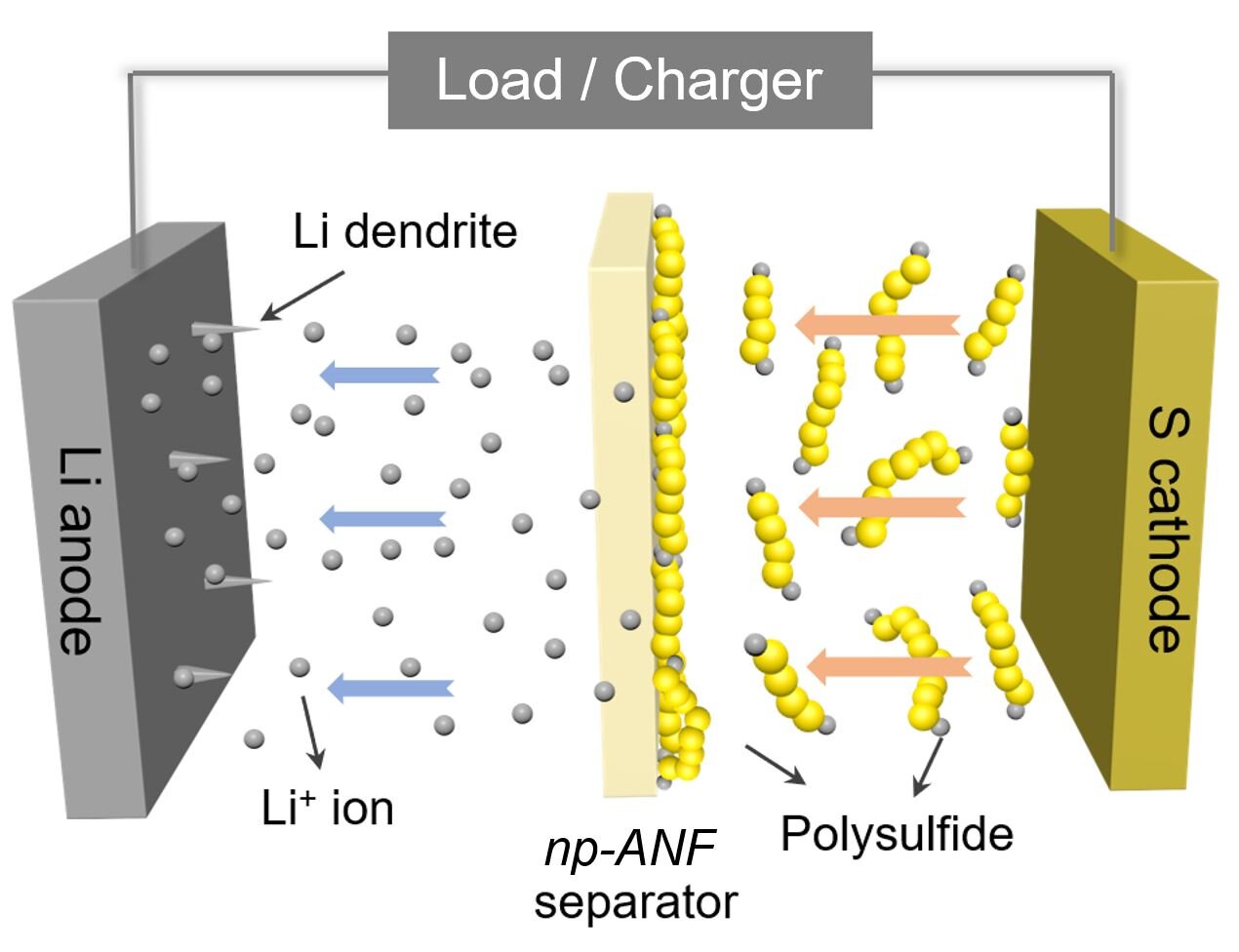 A new bio-inspired membrane has enabled the University of Michigan battery to run for the more than 1,000 cycles required to power an electric car. Offering 5 times the capacity of lithium-ion

(Rinnovabili.it) – The new great promise for the world of electric vehicles? Comes from lithium-sulfur battery of the University of Michigan. Here, with the help of Mother Nature, a team of scientists put their hand to structural design to solve one of the key problems of the Li – S pairing.

This technology offers basic 5 times higher storage capacity to those of traditional lithium-ion rechargeable batteries. The higher energy density together with the reduced costs – due to the use of sulfur instead of lithium – make it an extremely interesting solution for electrical storage. For years, however, lithium-sulfur batteries have faced a huge technical obstacle: the very low number of charge / discharge cycles.

The main problem of this technology lies in the progressive loss of active material from the electrode (the so-called shuffle effect of lithium polysulphide) which determines a short service life. Obviously, studies to increase its duration are not lacking. “There are several reports that claim a few hundred cycles for lithium-sulfur batteries, but obtained at the expense of other parameters: capacity, charge rate, resilience and safety “, explains Professor Nicholas Kotov who led the US research. “The challenge nowadays is to make a battery that increases the speed of cycles […] meeting many other requirements, including costs ”.

A new limb to block the lithium polysulfide

The solution adopted by scientists at Michigan University consists of one new membrane inspired by the fibrous structure of cartilage e composed of a network of aramid nanofibers, recycled from Kevlar. The membrane allows the passage of ions between the electrodes but blocks the lithium polysulphide particles responsible for the shuffle effect. “Inspired by biological ion channels, we have designed a sort of highways for lithium ions where lithium polysulfides cannot exceed the tolls“Said the researcher Ahmet Emre, first co-author of the paper published in Nature Communications.

According to Kotov, it is an “almost perfect” design. The bio-inspired battery showed a capacity close to the theoretical maximum of 1268 mAh / g And over 3500 charge / discharge cycles. The device also knows how to handle the extreme temperatures of automotive life, from the heat of charging in full sun to the cold of winter. However, life in the real world could be shorter with fast charging, approaching 1,000 cycles. A value that should be equivalent to a duration of ten years.