You may have noticed, but digital content can no longer be purchased through the Amazon Android app. This is Jeff Bezos’ company’s response to Google’s 30% commissions.

To avoid paying Google a 30% commission on all digital content purchases, Amazon has removed the ability to buy e-books and other digital content from its Android shopping app.

Although users will still be able to download and stream content they own through the app, new purchases will only be possible through the Amazon website or the Kindle app.

According to a recent BBC report, Amazon has implemented this change in response to a Play Store policy that requires app developers with an annual turnover of more than $1 million to pay a 30% commission on all purchases within the Play Store. of the app.

The e-commerce giant already has a similar policy in its iOS shopping app to avoid the commission imposed by Apple.

Although Amazon has not made public any information on how this change could affect sales of digital contenta company spokesman told the BBC that the company has “carefully considered” this change.

Interestingly, the BBC report highlights that Amazon reported in April this year its first quarterly loss since 2015after a decline in online sales. 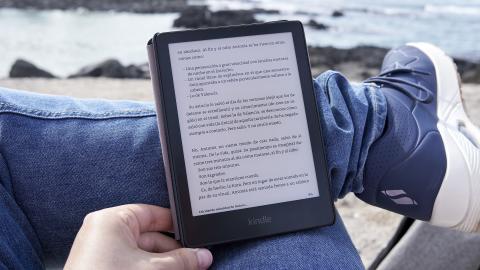 It was time! If you have an Amazon Kindle, you are in luck

It is not the first time that Amazon has taken such a drastic measure to prevent the increase in fees. Late last year, the company said it would stop accepting Visa credit cards in the UK, citing “pretty egregious” price hikes in Visa’s transaction fees.

However, the company did not make this change, as it was able to reach an agreement with Visa earlier this year.. For more information about this change here you have the information published by the BBC.