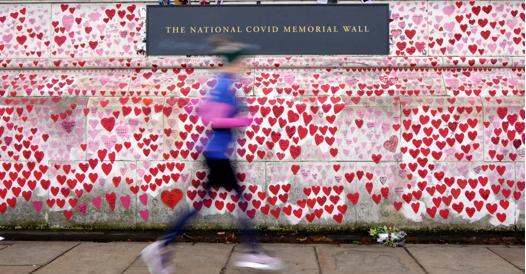 The vaccination certificate introduced before Christmas will in all likelihood be abolished on January 26, when the government will review the anti-Covid regulations: only the obligation to wear masks indoors should remain

FROM OUR CORRESPONDENT
LONDON – The English green pass was short-lived: the vaccination certificate, introduced from London before Christmas only for discos and big events, it will in all likelihood be abolished on January 26, when the government will review the provisions in force.

The indication to work from home will also be overcome and therefore as the only restriction only the masks should remain indoors (those outdoors have never been imposed in Great Britain, at any stage of the pandemic). But above all the green pass, the measure that proved to be particularly controversial: yesterday the Minister of Health, Sajid Javid, told deputies to share their “instinctive discomfort” in front of the vaccination certificate.

On the other hand, when it was introduced last month, the green pass had seen the rebellion of as many as one hundred Conservative deputies and the measure was passed only thanks to the support of Labor (even the Liberal Democrats had voted against). Even Lord Frost, the Brexit minister, when he resoundedly resigned in December cited the green pass as one of the main reasons for his tear.

In a country where identity cards do not exist, considered a violation of individual freedom, and where they do not ask you to identify yourself even when you go to vote at the polling station, the idea of ​​a certificate to access daily activities had always appeared in the all alien: and therefore it is no coincidence that they have hurry to get rid of it. In addition, Boris Johnson is so weakened politically that he would not have the strength to impose an extension of the measure without risking being ousted from Downing Street.

Last week too Spectator, the conservative weekly that once had Johnson as its editor, dedicated the cover to the green pass with the eloquent title “Rip it up!” (tear it up!). There backtracking of the government it is justified by the positive data arriving on the pandemic front: there are “encouraging signs”, said Javid, that the infections are waning and that the health system is holding up to the impact of the Omicron variant. During this wave – explained the minister – we have not seen an increase in the number of patients in intensive care and there are signs that the pace of hospitalizations is starting to slow down.

Yesterday, the new cases dropped below 120,000 and the number of hospitalized for Covid dropped to 16,700. As a government source explained to the Times, as regards the green pass there has always been a very high threshold for its introduction and it is increasingly likely that in a couple of weeks that threshold will not be reached. Given the direction in which cases are headed, it will be difficult to justify an extension. Furthermore, the government’s scientific advisers are dubious about the validity of requiring vaccination as a condition to access certain services, as it has been shown that not even two doses are enough to stop Omicron contagion. And therefore Javid has assured that we will not keep the green pass for an extra moment that is not absolutely necessary.