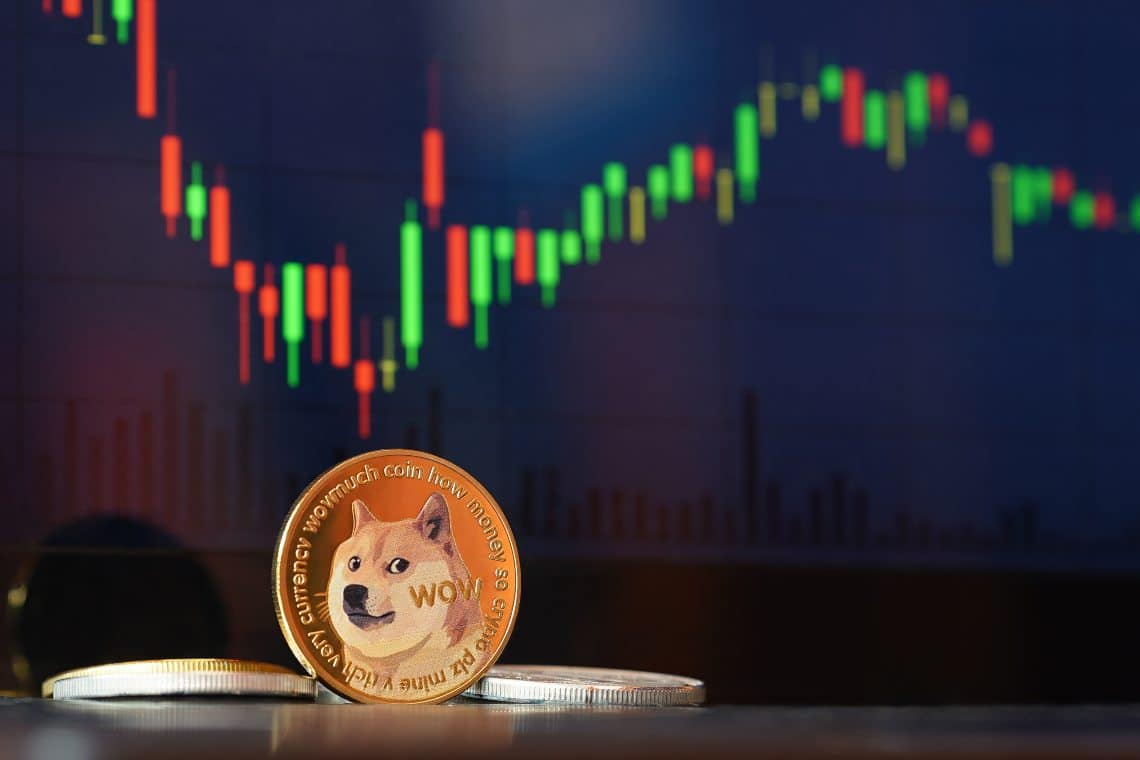 Today Elon Musk is back to tweet about Dogecoin.

Elon Musk kicks off purchases in Dogecoin for Tesla merchandise

With his tweet today he announced that from now on iTesla merchandising can be purchased online by paying in DOGE.

The thing had already been announced exactly a month ago, but today it was made official.

At the publication of this tweet, several purchases of DOGE on the crypto markets took place, so much so that Dogecoin’s price went up 13% in three hours.

So compared to last night the price went up by 22%, but Musk’s contribution to this climb was 13%.

This growth has meant that the current price of DOGE is 3% higher than that of a month ago, while instead, for example, that of BTC is still 12% below.

Indeed, among the main cryptocurrencies in the world by market capitalization today Dogecoin is the only one that goes up, with Bitcoin losing 3% compared to yesterday, more or less like Ethereum. The most significant losses are those of Terra, Avalanche and Polygon, over 5%.

However, it should be remembered that the current price of DOGE is still 73% lower than the all-time high of May 2021, although it is 2,100% higher than 12 months ago.

In particular, it still seems to be in a downward phase, which began after mid-August, when it was worth almost $ 0.34, and stopped only briefly at the beginning of October, and today.

Temporary rebound and end of the downturn?

Today’s could be or an attempt to interrupt this downward phase, or a temporary rebound which brought the price back to $ 0.2.

Note that something similar happened in mid-December 2021, when Musk announced that Tesla merchandise could be purchased at DOGE.