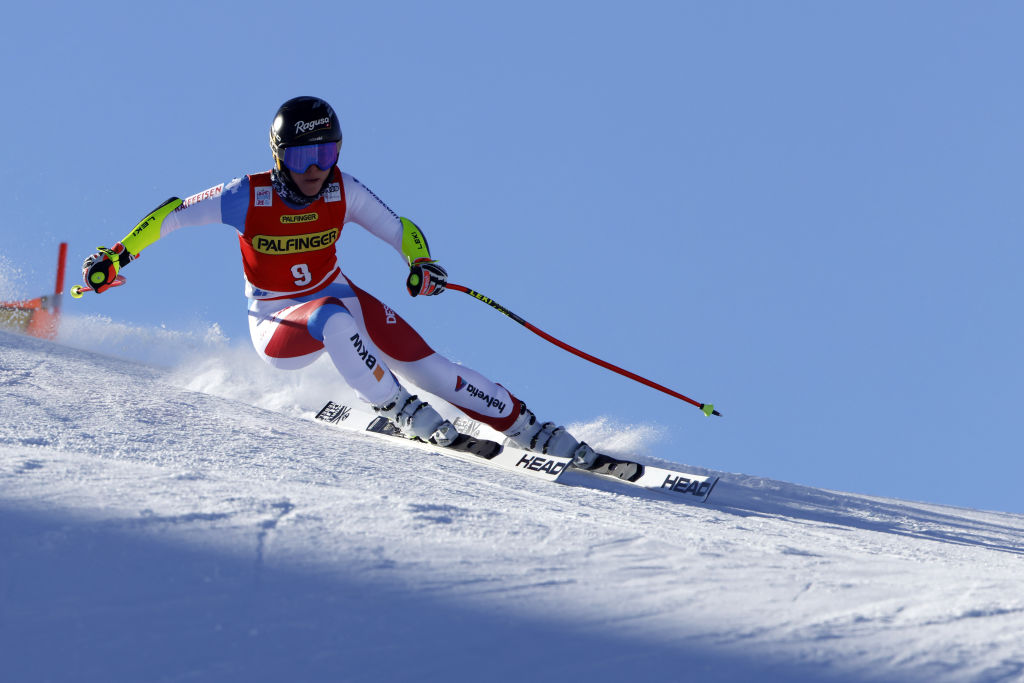 The descent of Altenmarkt-Zauchensee is bitter for Sofia, who leaves a probable new victory by making a mistake in the central carousel. The Ticinese returns to success by burning Weidle, the best blue is a splendid Nadia Delago who touches the first podium of her career, but Brignone makes us dream in a super-g perspective, closing a whisker from the top five.

A thrilling descent, a descent that stops Sofia Goggia’s streak of successes (7 consecutive in the specialty competitions disputed before and after the Garmisch injury), which ends up in the networks when she was about to go get another gem, the his first in Altenmarkt-Zauchensee.

A retreat with a subsequent glean that is fatal to the Bergamo champion, at the approach of the carousel of those corners of the central section where she had presented herself with more than half a second of margin on Kira Weidle, at that moment in command. The flight in the networks, fortunately, did not leave any consequences in Sofia, with so much anger in her body, however, seeing vanish a very important possibility of shortening in view of the general classification on Mikaela Shiffrin, absent in this Austrian speed weekend.

And back to triumph, four weeks after stopping due to positivity at Covid in the Val d’Isère stage, a splendid Lara Gut-behrami: already fifth in giant in Kranjska Gora, the Ticino is stylistically perfect and just a tenth is enough to beat Kira Weidle, with his best result in CdM and back on the podium almost a year after the world silver medal in Cortina. For the Swiss champion, we are at 34 victories in the World Cup, 12 downhill and the second of the season after the super-g n ° 1 in Sankt Moritz.

Ramona Siebenhofer reviews the top 3, with a gap of 44 hundredths and a margin of just 8 against Nadia Delago, who caresses the first podium in the maximum circuit, who “smelled” already after the excellent tests disputed by the Val Gardena, and again obtained the best in career after the two sixth places in Lake Louise. Very good as Federica Brignone, clearly with the best time in the most technical section and able to recover up to sixth place on the way back, 87 cents from Gut-Behrami and behind her colleague and friend Marie-Michele Gagnon, fifth.

The top ten is completed by Corinne Suter (who won the last edition here in 2020), capable of a circus number on the first jump that costs her a lot, to then finish seventh at + 0 “99, in front of Ester Ledecka, in disappointing part with the 8th at 1 ”06, Jasmine Flury and Christine Scheyer. Behind the Austrians, including Raedler, excellent 11th, at 1 ”30 there is Nicol Delago, 12th with 5 hundredths of a margin on Elena Curtoni, who is aiming decisively on Sunday’s super-g.

The 19th place of Francesca Marsaglia was discreet, under two seconds behind, but rather far from the points area Roberta Melesi, who paid more than 4 seconds.

Petra Vlhova? Five points to get to -50 from Mikaela Shiffrin in the general, with the 26th position of the Slovak at the seasonal debut in speed (and obviously she will also make the super-g on Sunday).

The descent classification, with the absence of Breezy Johnson (who will return to Cortina) who thus remains 60 points behind Goggia, sees the Bergamo always red bib with margin, given that the third is Ramona Siebenhofer, at -116 from the top.

CLICK HERE FOR THE COMPLETE RESULT OF THE RACE