The Player’s Opinion is a weekly section in which Vandal publishes the opinions expressed in the forum on a proposed topic. Every Friday afternoon, Spanish time, a new issue, news or text is presented so that readers can offer their points of view. We highlight the most representative texts of the week in this section, although all comments are available in the thread for this purpose.

This week we ask our readers about the great mini-games. Those entertainments that are sometimes as fun as the game that contains them, or even more, and could lead to their own spin off.

next week question: Cheats and codes

● “They called it the QTE Title and it’s in every Shenmue for a reason; it’s wildly addictive. It’s actually based on an electro-mechanical arcade machine that existed in arcades back in the day, but in Shenmue they recreated it with its same mechanics.” playable to be a game within a game.

And of course the puzzles in STALKER Lost Alpha. Which are accessed from computers in the game itself (where there is also a clone of Tetris and Windows Solitaire). It consists of something as simple as cutting and disarranging various illustrative images of the game itself in a puzzle that must be rebuilt. I have even starved to death while completing some of them as not all of them are easy to finish.

And Gwent of course… you should never say no to a game of Gwent, unless you haven’t played The Witcher 3.” – Zumm Plass

● “The card game (B+D) of Bravely Default 2 is quite entertaining.

The card game (Blade) from Legend of Heroes: Trails of the Cold Steel is great too. The rules are very simple but it is pure fun.” – Sir_Dekar 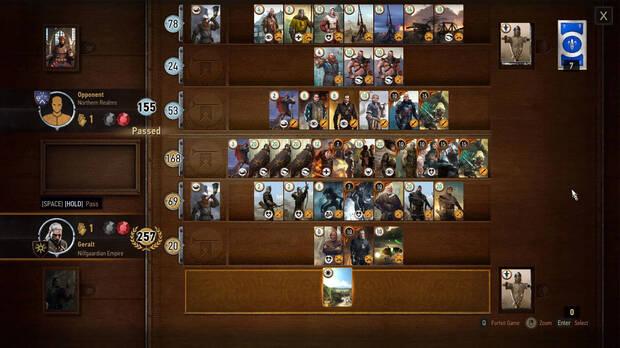 ● “The Witcher dice poker. A vice. I’m not a fan of Gwent, mostly because I can’t get my hands on it (the cards are cool though, always wanted a physical deck).

And the cards from FFVIII and IX. And this last one, the one with the chocobos, with the “let’s go p’all”.

The inventory of Resident Evil 4. I took it as a minigame.

● “The search for the chocographs in the great Final Fantasy IX was amazing. It had a bit of everything.” – gutix_psx

● “Super Paper Mario’s 100-story dungeon hooked me. It was repetitive, but I had the stress of not taking any hits to make it through 100 levels on a single energy bar (plus the help of healing items).

● “The Fallout 4 holotape games include some small flashes of sheer awesomeness. My favorite is Gronak the Barbarian & the Ruby Ruins, a little Ultima-style RPG or Dragon Quest that even has an optional boss. I completely forgot about the game principal”. – Peter Lorre

● “Various mini-games such as:

● “The bonus phase of the Shinobi, to say one of the many levels of this type that used to be in his time.” – Sylvan

● “The one in Metal Gear Solid 3, when Snake is dreaming.

The one in the shooting room of Resident Evil 4, to earn points.” – Lonely wolf 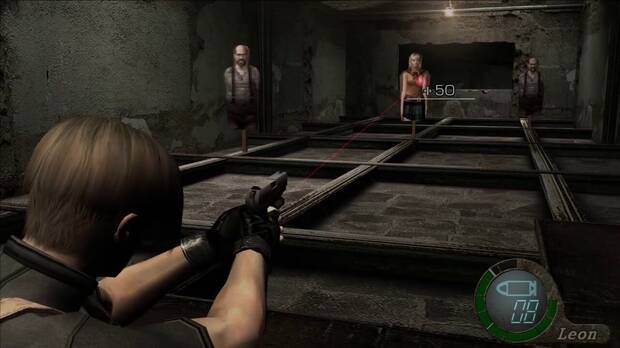 ● “Okami’s mini games were beautiful and fun (just like the game itself).
The Geometry Wars that I remember came in PGR3.
The San Andreas mini games that were in the bars.
The original Wolfestein in the little machine of NO and NC.
I don’t know if it’s considered a minigame within the game, but the RDR ones and their poker games and stuff also entertained me for hours.
They are the ones I remember, oh and The Witcher and RE4, but they were already mentioned.” – alexanderpage

● “If they can be considered mini-games, the games that casinos have, like Dragon Quest or the Yakuza, playing hours and hours, I also remember Final Fantasy X’s blitzball, and Tekken’s bowling.” – Dumiiko

● “The gwent in witcher 3, spectacular, whenever there was an opportunity I would play a little game with pleasure. In addition to looking for the best cards of course.

Curiously, then I bought the Thronebreaker and I didn’t like it.

On the other hand, the Journey of the King of the Prairie in Stardew Valley. I loved that arcade. There was a time when I just tried to get over it without dying, I never got it.” – PlayTron

● “I loved the FFIX card game and the Gwynt, I spent hours with those minigames

I didn’t like the full version of Gwynt (the standalone Gwent game), however, I liked the simplicity of Gwynt, it was relatively quick to understand and made very enjoyable.

The FFIX card game is also dope, I played for years until I found out what the letters on the cards meant (good hexadecimal code).” – eskandar

● “The Wynt in The Witcher 3 is really cool (completed the quest to get all the cards) and the triple triad from FFVIII is also very good, but here I have to mention the TloZ: Ocarina of time minigames. I mean both games toe with archery and bombchus. These to disconnect from the main story and spend some quiet time were very good.” – Goblin_Slayer

● “Tiger! Tiger! from Xenoblade 2 always seemed funny to me.” – rulroid

We thank all the users reflected in this summary or not – who have participated this week with their opinions, and we encourage you to collaborate with the next topics.