Other than trick or treat, Trick or trunk. The Halloween season is taking shape, there are those who carve pumpkins, those who decorate the themed garden and those who stock up on candies, on the occasion of this holiday automobile.it, a site for ads for used cars, new, Km 0 ea rental, has compiled a list of the best horror movie cars. In addition to the fears caused by horror movies and Halloween, consumers who are about to buy a used car are also faced with various concerns.

For fans and not, the night between October 31st and November 1st is always a good opportunity to devote yourself to watching horror movies. For the night of horror, here is a list of films with, as special guests, scary machines for a perfect Halloween-themed binge-watching.

James Bond does not monopolize the film Aston Martins market. Tippi Hedren also made it look like an elegant accessory in Alfred Hitchcock’s The Birds. Her character, Melanie, drives to the town of Bodega Bay for the weekend to visit love interest Mitch, but finds herself menacingly followed and attacked by birds. In this film, her Aston Martin constantly waves salvation in her face, before the swarming birds take it away. Sometimes being rich leads nowhere.

In Steven Spielberg’s debut film, the villain comes in the form of a fairly run-down 1955 Peterbilt 281 tractor. For David Mann, a traveling salesman, the courtesy lesson on the road comes at a high cost when it pisses off the wrong driver. In this case, it is the invisible driver behind this huge truck, who then spends the rest of the film terrorizing David, trying to take revenge and run him over. Like Christine, this truck has its own evil personality.

A runaway Marion Crane drives her 1957 Ford Custom Sedan to the infamous Bates Motel, eventually ending up dead in the trunk after the shower scene. Norman Bates famously sinks the Sedan to hide all evidence, only to see it pulled out of the swamp in the film’s eerie final scene. An incredible ride.

Based on the Stephen King novel of the same name and directed by John Carpenter, Christine presents the most famous horror film vehicle of all time: the malevolent Plymouth Fury. The car, which owns its owner and has a serious streak of jealousy, has even made a brief appearance in Ready Player One.

Stuntman Mike’s custom Chevy Nova, complete with a safety cage, makes the car death-proof. As for its victims, it is a rather vicious instrument of destruction and dismemberment. Pretty bright looking, with a great paint job and that skull and crossbones on the hood help make it instantly recognizable. Mike may have turned out to be a not-so-tough guy, but his Chevy Nova remains one forever.

This beautiful car has not only become famous for its beauty, but also because it has played an important role in the entire franchise of films, especially when they take the turn of the road-trip. Originally belonging to his older brother Jody, the ownership passes to the protagonist Reggie Bannister and the Cuda becomes indispensable in the fight (or flight) against the Tall Man. The Phantasm Cuda even has a dedicated website, and presenter Joe Bob Briggs devoted a good live outburst to the destruction of the car in Phantasm II.

Like Christine, this cult horror film features an evil car with a mind of its own. Unlike Christine, though, this evil black car doesn’t have a driver to own, just a great taste for murder. It’s up to the local town sheriff to outsmart the car and stop it from committing more massacres. The 1971 Lincoln Continental Mark III was customized in the film.

The green van that takes Sally Hardesty, her paraplegic brother Franklin and friends Jerry, Kirk and Pam across Texas to visit Hardesty’s grandfather’s grave plays a big part in the story. The decision to pick up a hitchhiker leaves the van scarred by the blood he sheds on the vehicle as he drives off. From that moment on, the situation deteriorates and when they enter the gas station owned by the patriarch of the cannibal clan, he will take them out one by one. It may look like a hippie van, but this Club Wagon acts more like a hearse.

John Carpenter’s Halloween doesn’t usually appear in conversations involving iconic horror movies, but the debate over Michael Myers’ ability to drive still persists 40 years later. The most memorable car in the film is not the one driven by Myers, but the one used for the brutal killing of Annie Brackett – strangled from the back seat of her own car just as she was about to go out to pick up her boyfriend.

Loosely based on the short story “Trucks – Hell’s Transport”, this Stephen King film follows the story of a group of survivors holed up in a truck stop when a comet makes all machines sentient and murderous. The main villain is the Western Star 4800 tractor, made identifiable by the massive Green Goblin mask on the grille and the Happy Toyz logo that stands out on the black paint of the trailer.

This Pinto is memorable for being one of the least reliable cars in horror history. For Donna Trenton and her son Tad, the automobile becomes their only form of refuge, or prison, against a very angry Saint Bernard. Between the ferocious dog and the scorching sun, this car earns a spot on the list for being a memorable death trap for the protagonists. Thankfully, the film has a much happier ending than Stephen King’s starting novel.

With a snow plow attached to the front for extra zombie-killing power, the Cadillac Escalade from “Zombieland” is a real brute. Combining zombie apocalypse defense with SUV comfort, the Escalade is a true wonder in times of trouble for the zombie-fighting duo. As Tallahassee says: “You can do anything you want to a man, but don’t mess with his Cadillac!“. 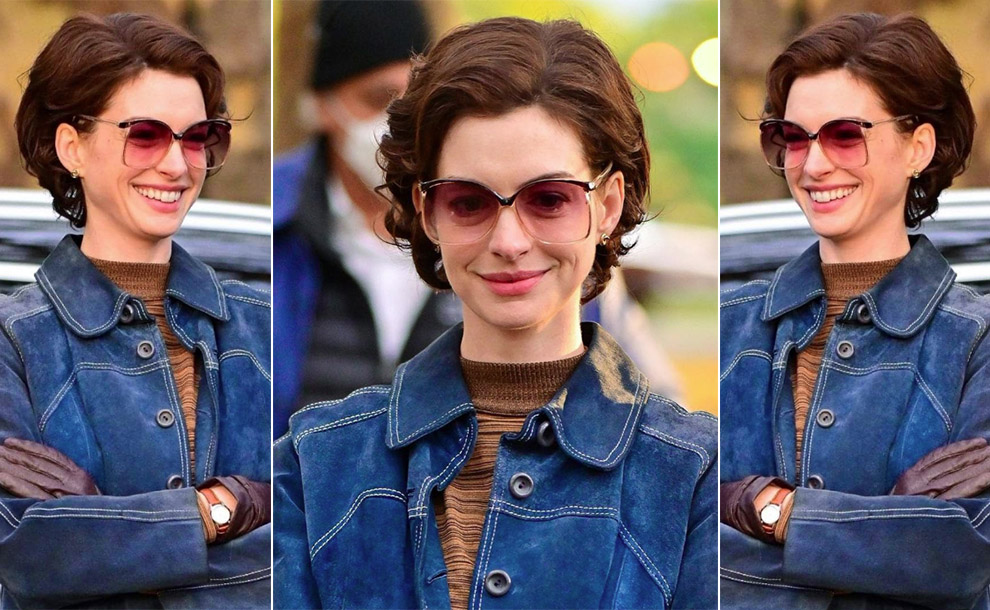 Vin Diesel talks about the possibility of a new game – Nerd4.life

Emma Watson: ‘My 30 years as a happy single’

The films coming to theaters in October 2021, from No time to die to Venom 2