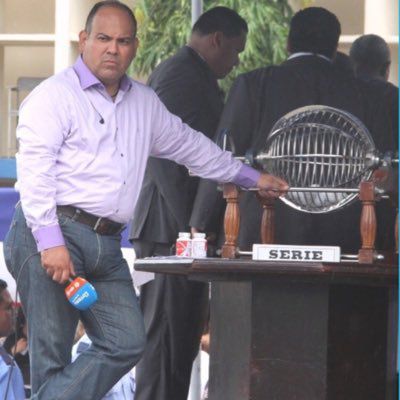 For this Sunday draw, June 12, 2022, the tickets and chances highlighted in their printing the “Day of the Announcer in Panama”bringing luck to many who managed to win both the first with 15, the second with 04 and the third prize with 66.

“We highlight the figure of the announcer, professionals who, with their voice, they inform, entertain and educate the population and many of them bring luck and happiness with each lottery draw”highlighted the tickets and chances this Sunday. “If I were born again, I would do it again…! It is an honor to be an Announcer!”, said Moisés Rodríguez, who for years has broadcast the different draws of the National Lottery on Medcom screens. But yes, Rodríguez, who also entertains as a DJ in the Stereo Azul booth, clarified that his congratulations only go to good announcers, because there is everything.

He stressed that every time a microphone is opened, it must be done with great responsibility and It is not talk for talk.

It is clear that there are those who use microphones to say nonsense and even confuse and misinform the population.

“Happy day to the good announcers, those who have understood the responsibility that this work entails”, Moses emphasized.

Also another of the voices known for lottery broadcastsMalcolm Ramoscongratulated fellow broadcasters on their day. “Like noooo! Congratulations,” he said as he broadcast the winning numbers before leaving. “to eat… to commercials”.

The second Sunday of June is dedicated to these professionals in our country. The announcers are in charge of using their voices to guide, communicate and encourage the public in different media, the National Lottery highlights in its review.

Congratulations to all the announcers on your day!

SEE ALSO: Hulk Hogan in Panama. TV host Michelle Simons revealed where she ran into him

These are the series that arrive in July

Rihanna already kissed by A$AP Rocky before their love story!