It is a disease that is part of a spectrum of diseases known as “painful bladder syndrome”: interstitial cystitis manifests with chronic pelvic pain, urgency to urinate and increased urinary frequency in the absence of any known pathology and these symptoms can vary from mild discomfort to intense pain.The prevalence is 197/100,000 women and 41/100,000 men, which is why it is classified among rare diseases.

how it is presented

The cause of interstitial cystitis is unknown. There are several theories: the closest hypothesis about its cause is that there is an injury to the bladder mucosa, the tissue that waterproofs the interior of the bladder. Being injured, it favors the passage of substances contained in the urine such as Potassium (K+) to the interior of the bladder wall, which produces an Inflammation of it. In this process, with the release of histamine and other irritating components by the mast cells, the nerve endings of the bladder are stimulated and pain appears with inflammation, further damaging the bladder lining mucosa, perpetuating the disease process.

The initial symptom may be a noticeable increase in the number of times we have to go to urinate and this occurs with pain and urgency. Pain, meanwhile, is present in 85% of cases and is sometimes the only symptom. It is located in the lower abdomen, genitals and urethra, relieved by emptying the bladder, but quickly recurs. It can be associated with dyspareunia (pain during sexual intercourse) and ejaculation discomfort in men.

The severity of symptoms is different for each person and some may experience periods without symptoms. But in almost all cases, pain and frequent urination can interfere with social activities, work, and other activities of daily living, and in sexual intimacy, chronic pain, and interrupted sleep can cause emotional stress and lead to depression.

Interstitial cystitis can lead to many complications, such as decreased bladder capacity, causing the bladder wall to harden, which means the bladder holds less urine.

How is it diagnosed

As the symptom picture is common to other diseases of the genitourinary and digestive system, the diagnosis of interstitial cystitis is usually made by exclusion, that is, causes such as infections, tumors, lithiasis, among others, are ruled out.

There is no test, analysis or study that is characteristic of Interstitial Cystitis, but a study called urethroscopy with bladder biopsy can be performed, because in this disease lesions called Hunner’s ulcers or glomerulations appear (which are small hemorrhages in the mucosa of the bladder ).

If you feel these symptoms or have a relative with this diagnosis, psychological and emotional support is very important and family support is a fundamental pillar within the treatment, together with consulting a trusted specialist. Because it is an unknown disease, there is no specific treatment, but rather treatment is given according to the symptoms that most afflict the patient.

In the event that it does not respond to oral treatments, endovesical treatments can be used, that is, interventions that act directly on the mucosal tissue of the bladder. The options are varied and according to the case one or the other can be used. They range from hydrodistention of the bladder, instillation of medications, resection and fulguration of Hunner’s ulcers, injections of botulinum toxin into the bladder wall, stimulation of the sacral nerves to control micturition urgency and also open surgery. Each of these options means a possibility of improvement and relief. 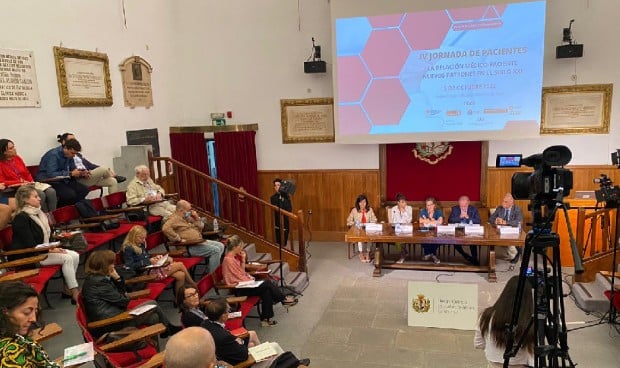