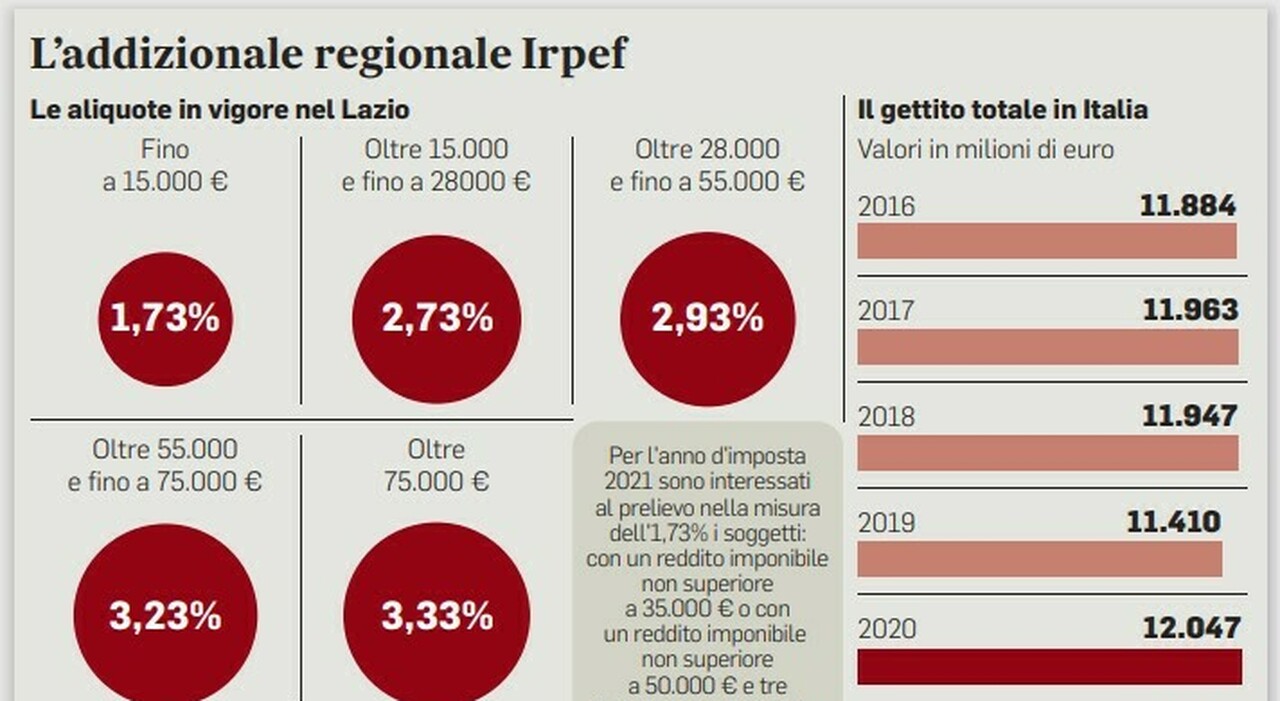 New Irpef, new additions. Italian employees and retirees will begin to verify the impact of the scheme in March rates And deductions approved with the Budget Law. But within the same month the regional and municipal administrations will have to redefine their rates which by law – when it is not a single rate – must be modeled on the same scheme adopted at national level. With the budget law the state has decided to shorten the third income bracket, the one that went from 28 thousand to 55 thousand euros a year and which now instead stops at 50 thousand, and to unify the last two. So at the national level, 43 per cent is now paid already starting from 50 thousand euros (before the maximum rate was triggered at 75 thousand) but this burden for the high range of taxpayers is offset by the earnings on the previous brackets.

How will the Regions and Municipalities move? Above all, the former have adopted, for the most part, the multi-rate mechanism which will now have to be adapted. Instead, only one rate is applied in Abruzzo, Calabria, Campania and Sicily, territories that therefore may not see any news. It should be noted that any decision will not have an immediate impact on taxpayers, because the additional payments are in fact paid in full the year following that of competence and this also concerns employees and retirees (even if a deposit is required for the municipal tax) . So the effect will be seen next year.

The territorial administrations, which in recent weeks have been involved in the front line (in particular the Regions) on the pandemic front, will still have to make their own choices in the coming weeks. The law governing local taxation provides, in addition to the obligation to use the same scheme for the brackets, also to differentiate all the rates. The minimum level of the levy is set for the Regions at 1.23 per cent, a value that can be increased up to a maximum of 3.33. For the Municipalities, however, the levy cannot exceed 0.8 per cent, with the exception of Roma Capitale which, due to an explicit derogation linked to the repayment of the debt, can reach (and actually reaches) 0.9. 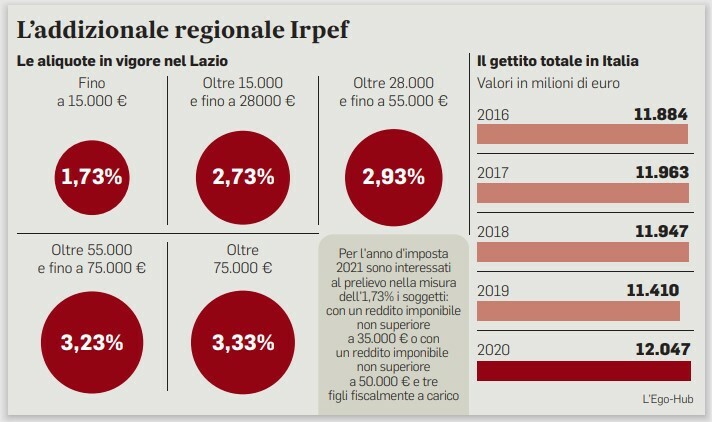 To give a practical example, let’s consider the case of Lazio. The current five rates, which correspond to the national brackets in force until 2021, range from 1.73 to 3.33 percent. However, a particular rule limits the levy to the lowest level for taxpayers with an income of up to € 35,000 (or up to € 50,000 with three dependent children). On paper, if the scheme of the national government were mechanically replicated, the levy would worsen starting from 50 thousand euros of income per year, where the maximum rate of 3.33 per cent would be triggered instead of 2.93 (up to 55 thousand) and 3.23 (between 55 thousand and 75 thousand).

Naturally, both Lazio and the other Regions have the possibility of completely redefining the “ladder” by distributing the levy in a different way on the various income brackets, with the same overall revenue or even reducing it. To take this path, in the absence of replacement resources from the central state, they would have to draw on the margins of their budget which are extremely limited, especially in a phase like the current one.