Delirium in the streets of Buenos Aires, tributes and celebrations also in the Neapolitan capital

A year ago Diego Armando Maradona left us but its myth is still alive today and for this it was celebrated especially in Argentina and Naples, where he wrote indelible pages of world football. Hundreds of people wanted to pay homage to the former Naples champion by pouring through the streets of Buenos Aires, singing and playing in his honor. Hundreds of Boca Juniors fans arrived in the Campania capital and joined the Neapolitans in the celebration of the unforgettable Pibe de Oro until the torchlight procession at the end of the day in the Spanish Quarters.

TORCHLIGHT IN THE SPANISH QUARTERS

INSIGNE: “WE WILL REMEMBER DIEGO AT THE STADIUM”
“Everyone at the stadium on Sunday at 7.15 pm because we must remember the myth, the great, the one and inimitable Diego”. So Lorenzo Insigne summons the Napoli fans on social networks announcing the tribute to Diego Armando Maradona. “Diego will be represented with an event of lasers, poetry, goals scored and with a statue forged to real size with the casts of the famous manita and his phenomenal foot. The statue will make a tour of the field and we will all be present to honor the his immense figure “, explains Insigne again.

GIORDANO: “LUCKY TO HAVE KNOWN HIM IN A TRUE WAY”
“He is a person that we all have in our hearts, especially those who had the good fortune to know him in a real way. I am one of the lucky ones who knew Diego in the right way, an extraordinary, generous person to whom one could not help but love”. Thus Bruno Giordano, former Napoli striker of the triumph seasons, teammate of Maradona at the end of the eighties in the blue club, present at the inauguration of the statue of Diego Armando Maradona, affixed to the outside of the Fuorigrotta plant. “We are here – adds Giordano – one year later (from death, ed) and every day there is a pang in the heart, when we think of Diego who is always in our hearts. Just open a newspaper or turn on the television and see its beauty in everything, on and off the pitch “. “He was the best known person in the world and he was left alone. If he had been in Naples he would not have been alone” echoes former full-back Alessandro Renica. Also present was the former president Corrado Ferlaino, the man who brought Maradona to Naples. “Ah, they left the ball on the right … They said they were moving it, right? – he said – I must say it’s a great job. Nice. It’s the first time I’ve seen it”.

DIEGO JR: “MY FATHER’S INHERITANCE IS THE AFFECTION OF THE PEOPLE”
“The legacy that dad leaves us, the most important is what you see out here, the affection of the people and the fact that people are grateful. I am a Napoli fan, I have been coming to this stadium since I was 4 years old. that we Neapolitans cannot give him back everything he has given us. Not only from a football point of view but also from a social point of view. That team was not only a social redemption, he awakened a football passion, but also the Neapolitan. A city that has always been wonderful but was a bit dormant “. Thus Diego Armando Maradona jr, present at the inauguration of the statue in honor of his father, positioned outside the Fuorigrotta plant, near the Distinti sector.

VALE ROSSI RECALLS DIEGO: “WONDERFUL TO WIN IN HIS ARGENTINA”
“It was nice to win in Argentina and get on the podium with Maradona’s shirt. Diego deserved it. The fans went crazy.” Valentino Rossi said it from the Eicma stage, from where he greeted his fans for the last time at the end of his extraordinary career. At the same time the fans present sang a chorus for their idol, to the notes of the famous ‘O mamma mamma’ dedicated to Diego Armando Maradona, one year after his death today.

THE SON DIEGO FERNANDO AT THE TOMB
Maradona’s youngest son, 8-year-old Diego Fernando, visited his father’s grave in the private cemetery of Jardin de Bella Vista. “We came, so Dieguito said goodbye to his father”, his mother Veronica Ojeda told reporters. One of Maradona’s brothers, Raul Alfredo, also visited the tomb of the winner of the World Cup, while the four sisters attended a mass in suffrage.

THE FIRST STATUE IN FRONT OF THE STADIUM INAUGURATED

ALL CRAZY FOR MARADONA

Jugovic: “To Vlahovic I say: go to Juve”

Paolo Banchero, how was his Duke debut 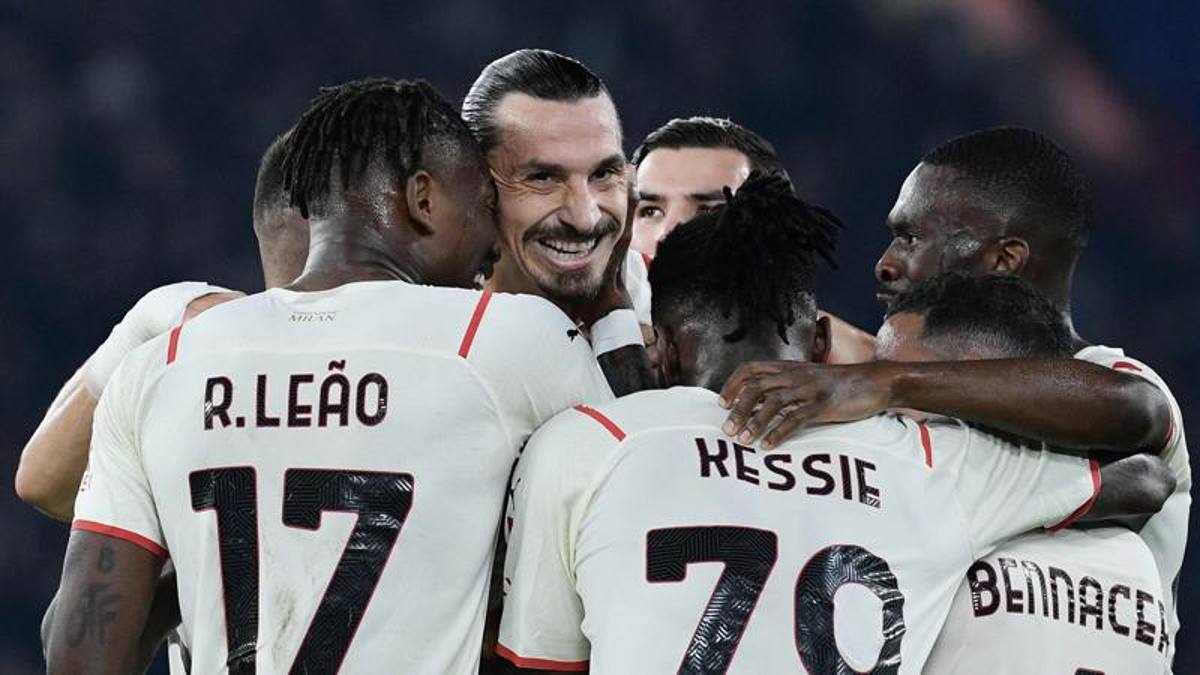