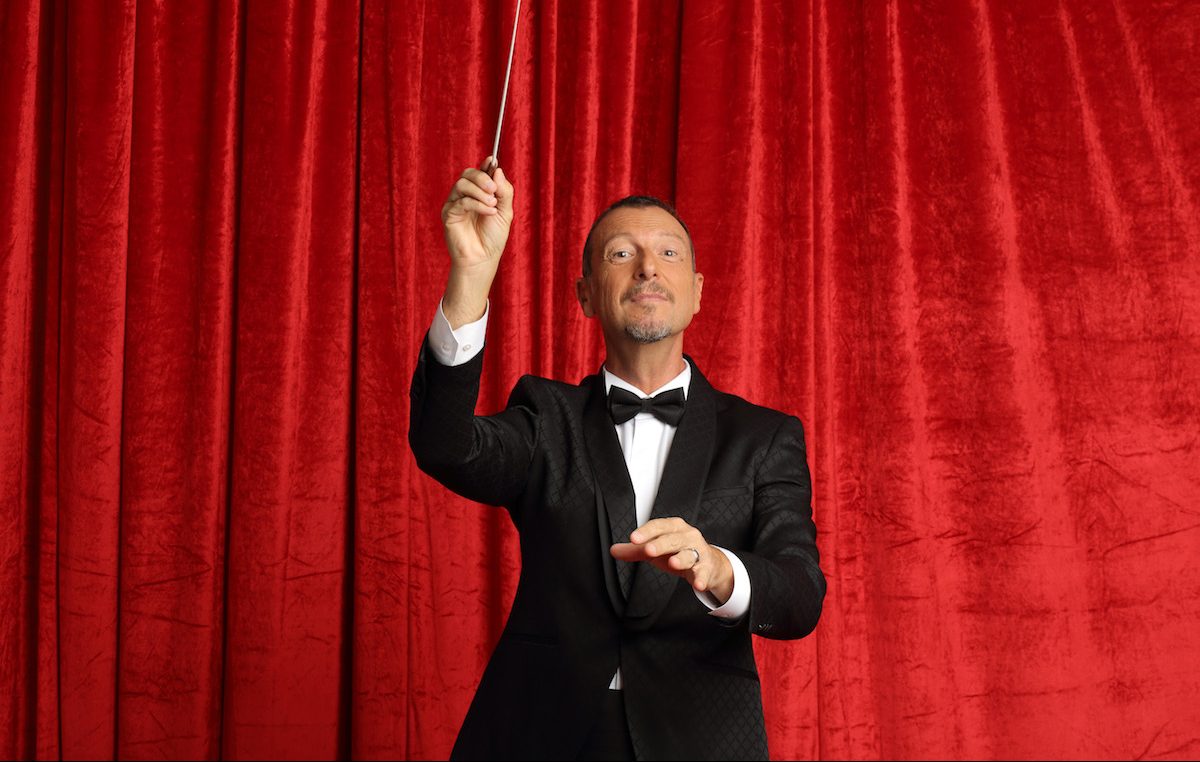 Let’s say it right away: doing this article is the stuff of phenomena. To listen to 25 songs just once and then review them you have to be at least the cat man of Sarabanda.

Many of the judgments that you will find written in this piece are destined to change over time, the songs must be listened to several times, in headphones, and not in a room surrounded by journalists in Covid paranoia (including me, but we are all vaccinated + tampon). In the studio there is also Amadeus who tells something before each piece. The best thing is the colleagues from Rome, crammed into the de The usual unknown: to be there will they have had to recognize the mysterious relative? We do not know, but what we have noticed is a general desire to have fun, that the period itself is not that it is an amusement park. Many pieces with straight case and references to the 80s. But let’s go in order. Here are our first impressions of the tracks in the race, handle with care:

It starts reminiscent of a Tim advertisement (remaining on the subject of sponsors that are no longer there), continues and becomes almost ethnic. Without that arrangement it could possibly be one of his summer hits. We prefer Giusy in high season.

What could one expect from Achille Lauro, in 2022, for the fourth time in a row in Sanremo (in the race or not, it doesn’t matter)? The piece remembers Rolls Royce, but with the refrain that opens more. And if in Rolls Royce the text said: “it’s Axl Rose, Rolling Stones”, here is a “Fuck it is Rolling Stone”. We take this as a compliment. Carina come on, see you again in ’23.

This is what is expected of Michele Bravi. It starts pianissimo, almost painful, and has a refrain that is easily remembered. His fans will like it: we don’t know if he’s as strong as he is The diary of errors, for that we return in some listening.

Rkomi in Sanremo will have on the general public the effect that Achille Lauro did in 2019, that is, it will make it clear that you can do cool things even without having Claudio Villa’s voice. In the verse there is a vaguely guitar round Personal Jesus which immediately makes the antennas stand up. The refrain breaks. After the success (ne) of Taxi Driver, this piece comes to confirm that we are in its year.

Irama “Wherever you will be”

Last year he was penalized by Covid, but not the ranking (he finished fifth without practically ever performing live). This year Irama returns with a classic, very classic ballatona. «If I am on the ground you will raise me, if it is cold you will burn». One republic? Disney? Where have we heard it before?

It is not the ‘usual’ Noemi from Sanremo. Indeed yes, but up to the refrain, where the bpm increases. He will do his.

Massimo Ranieri “Letter beyond the sea”

To hear it like this it looks like a song from the musical Notre Dame by Cocciante. Maybe we won’t see her at the top of the charts, but with her voice Ranieri will make a great impression. Among the few songs in which the orchestra will also enjoy itself.

For the moment we would like to say that it is a classic song by Emma Marrone.

Highsnob and Hu “Take care of yourself”

Amadeus, aware of the fact that few of those present in the room know this couple, presents them like this: “He is from Avellino even though he lives in Liguria, she has stood out among the new proposals of the Festival”. But also: «They have the H as the first letter of the name». At first listen, the piece is also unfortunately rather anonymous. We are ready to change your mind.

Iva Zanicchi “I want to love you”

We too want to love you, Iva. Forget about it. The woman who has won the most of the Festival returns to Sanremo. With the difference that, if in her last Sanremo she sang “I want you without love”, here Zanicchi seems to have changed her mind: she wants to love. Last year’s Orietta effect is attempted, but the authors should be improved.

Dargen D’Amico “Where do you dance”

“He defines himself a songwriter”, cit. Amadeus. Maybe. This piece is sure to make everyone jump in the chair. Straight checkout and a fun text with message. If last year there was very light music that I don’t want anything, this year “let’s go where we dance, fuck about it and dance”. Everyone will like it, but everyone will like it.

At first listening I imagined the grandmothers trying to understand all the text with their ears stuck to the TV (already it is not easy for those of my age, let alone later).
Nice production, we feel a bit ’90s dance: packaged to add to the list of his hits, we are curious to understand how the orchestra will play that nice zarro chorus.

It must be said that Yuman has a voice of the Madonna. The piece is a slow, soulful, that doesn’t hurt anyone. But that’s not particularly striking either.

Here too Amadeus is keen to clarify: «They are an explosive duo in the name of hip hoppe». At the announcement everyone gave them as winners, thus, betting in the dark. Hearing this ballad one would think that it is really possible.

Gianni Morandi “Open all the doors”

In competition after 22 years and for the seventh time, Morandi returns with a very 60’s piece that vaguely recalls “with all the girls I’m terrible”. Have fun. The song, among other things, could easily replace a session with the psychotherapist: “You’re going fast, open all the doors!” Did Ballantini not imitate him like that in Striscia?

Power ballad (now they say so) that highlights the voice of the very young who rocks on TikTok. It will certainly appeal to the most sensitive of that social network. You have to understand others.

The Vibrations “Very, very much”

The piece starts and a colleague from another newspaper turns to me and says: «Who am I? Europe? ” No, The Vibrations. That also this time they do theirs, until the next Sanremo.

Fabrizio Moro “It is you”

We were expecting a song of denunciation and instead it is a love song in perfect Moro style. It comes to a certain point that it seems to become Always by Bon Jovi and then no, the usual ballad by Moro returns.

Elisa “Or maybe it’s you”

At 21 years (!) From her first and triumphal participation in the Festival, Elisa returns and does so with a song that you immediately understand that it could replicate the result of last time. Victory or not, we do not want to throw it, it will leave its mark. Just listen to the refrain twice to understand it. It begins a little Disney, fairytale, and then becomes the soundtrack of a mother scene of Italian cinema. Giovanna Mezzogiorno running, to understand. Great.

Ditonellapiaga is young but he has already done interesting things and Rector, well, he is Rector. Just think that he hadn’t been to Sanremo for 27 years. They announced that they would have fun and that they would have fun: so they did. The piece is at the turn of the ’70s and’ 80s, inside there are the puns of the Rector “chemistry who who who who who chemistry”, but also the best verse of this festival: “I don’t care about modesty, nuns I totally give a damn ». If Pope Francis returns to a record store, it will definitely not be to buy theirs.

“Giovanni Truppi is very famous in France,” says Amadeus. It will be, we add. Quote singer songwriter of this fest, but also share Max Gazzè, his song tells a story. He doesn’t focus on the easy chorus but does something different. It will grow with the ratings.

A bit of a braggart piece (“Baby come back to me and put that gun away, Baby but come on what’s the matter, I never liked that other one”) and the right face of tolla make sure that the operation works , even too much. If the pronounced z’s instead of t’s don’t make you nervous (“zuzze” instead of “all”, so to speak), you will hear it very often.

After the many summer hits we thought that Ana Mena participated in the Festival with a ballad: but no, here she is singing a song with accordion and lyrics (also) by Rocco Hunt. It will make music critics rage, and perhaps for this reason he already has all our esteem.