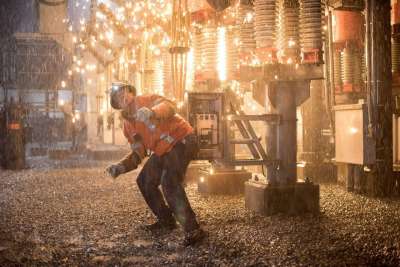 Life on the Line
Action with John Travolta and Kate Bosworth. Texas: A grid worker struggling with a complicated family situation faces the threat of an oncoming storm.
(SKY CINEMA UNO HD at 9.15 pm / channel 301)

Catherine goes to town
Comedy by Paolo Virzi ‘with Margherita Buy and Sergio Castellitto. Arrived in Rome from the province with her parents, a shy thirteen-year-old plunges into the social contradictions of the capital.
(SKY CINEMA DUE HD at 9.15 pm / channel 302)

Harry Potter and the Deathly Hallows Pt. 1
First part of the adaptation of the latest novel by JK Rowling. Together with Hermione and Ron, Harry must find and destroy the horcruxes, objects containing the soul of the Dark Lord.
(SKY CINEMA COLLECTION HD 9.15 pm / channel 303)

Crumb the way home
New adventure for Little Crumb. Moving with his parents to the countryside, the child regrets the city. So he decides to escape with his dog Moor, but he will be kidnapped with his friend Anna.
(SKY CINEMA FAMILY HD at 21.00 / channel 304)

The 2nd – One against all
Action with Ryan Philippe and Casper Van Dien. A secret service agent discovers a terrorist gang’s plan: to kidnap the daughter of a Supreme Court judge.
(SKY CINEMA ACTION HD at 9.00 pm / channel 305)

The silence of the lambs
5 Oscars for Jonathan Demme’s thriller with Anthony Hopkins and Jodie Foster. To track down a serial killer, an FBI agent turns to a creepy criminal: Hannibal Lecter.
(SKY CINEMA SUSPENCE HD at 21.00 / channel 306)

Sunshine
Danny Boyle directs Cillian Murphy in a science fiction film. 2057: To avoid the death of the Earth, a spaceship must detonate a nuclear device inside the Sun.
(SKY CINEMA DRAMA HD at 21.00 / channel 308)

The Crimes of BarLume – Women with balls
Between beach volleyball championships, runaway deer and clandestine betting rounds, our BarLume protagonists will find themselves investigating yet another mysterious murder.
(SKY CINEMA COMEDY HD at 21.00 / channel 309)

Vault
Thriller from a True Story with Chazz Palminteri and Don Johnson. Two scammers come up with a plan to rob a vault, but that $ 30 million belongs to the mafia.
(SKY CINEMA UNO +24 HD at 9.15 pm / channel 310)

Shawl! (Stay calm)
Generational comedy with Fabrizio Bentivoglio. A teacher discovers that the student he gives private lessons to is his son and decides to take care of him without revealing his identity.
(SKY CINEMA DUE +24 HD at 9.15 pm / channel 311)