The bridge of spies, a 2015 film directed by Steven Spielberg starring Tom Hanks. The film, set during the years of the cold war, tells the case of the arrest and the trial with consequent conviction of the Soviet spy Rudolf Abel, and then narrates the negotiation and the exchange of Abel with Francis Gary Powers, pilot of a spy-plane Lockheed U-2, shot down, captured and condemned by the Soviets. The exchange took place on the Glienicke Bridge, which is why it was later called the “bridge of spies”. During the 88th edition of the Oscars he was nominated for six awards, winning a statuette for the best supporting actor, awarded to Mark Rylance. The film was presented at the New York Film Festival on October 4, 2015. The film was released in US cinemas from October 16, 2015, and in Italian cinemas from December 16 of the same year. Like the movie Lincoln, this film was also released in the United States by Touchstone Pictures and in Italy from 20th Century Fox. Against a budget of $ 40 million, the film grossed more than $ 165 million, including $ 72 at home. With Tom Hanks, Mark Rylance, Amy Ryan, Alan Alda, Eve Hewson, Billy Magnussen.

Synopsis
The title of the film, Bridge of Spies, refers to a real bridge in Berlin that once connected the east and west, now known as the Glienicke Bridge. The nickname comes from the fact that it was often the scene of prisoner exchanges between the American and East German secret services. We are in 1957. The bridge of spies tells the story of James Donovan (Tom Hanks), a famous Brooklyn attorney who finds himself in the middle of the Cold War when the CIA hires him for a nearly impossible task: negotiating for the release of a US pilot, Francis Gary Powers, shot down in the skies of the Soviet Union while flying to board a U2 spy plane.

The latest film by Steven Spielberg opens and closes with two paintings: the first is a self-portrait made by the Russian spy around which the whole staged story moves, inspired by a story that really happened, while the last, also performed by Rudolf Abel (Mark Rylance), represents the lawyer Donovan (Tom Hanks), announcing a mutation, a metamorphosis that acquires a decisive ethical dimension insofar as it signals an interior passage, a movement of self-referentiality, imposed by the condition of a secret agent operating in enemy territory, to an opening towards the other that it reveals a new subjectivity that arises from relationality. The American director, therefore, places two profound traces within which to install a series of events that, taken in their mere historical nature, make (at least the American viewer) blush, if only for the whole theater of games, double games and anything else that dramatically loomed the shadow of a global thermonuclear conflict.

Spielberg seems to want to tread his hand on the grotesque side of a history that has bound the fate of the planet throughout the second half of the last century, and it is interesting to note the relationship that the American administrations had with all those subjects (secret services, police, military) involved on the front line in a war of position in which an immeasurable mass paranoid disturbance developed. Donovan, a lawyer who dealt with insurance, and therefore outside any American defense apparatus, is the only individual capable of maintaining a lucidity that allows him to reasonably evaluate the facts that follow one another whirlwind, never losing sight of given the humanity of the subject who finds himself, in spite of himself, defending himself from the accusations of espionage and, in fact, it will be only thanks to him that the whole intricate affair will be able to find the desired resolution.

The United States in those years had an incorrect relationship with those who had to deal with the defense of the country, considering them completely expendable, in the name of the greater good of the nation, inaugurating a system of community immunity marked by an excess that caused a short circuit internal, the effect of which was a short-sighted policy, unable to really control the course of events. A paranoid delusion in all respects which, as had already happened in the course of history on other occasions, dragged with it the entire American people who, in the face of the constitutionally guaranteed defense offered to Rudolf Abel, embarked on a crusade against Donovan, guilty to have taken the side of the enemy. Delirium that also produced the division of Berlin, the city in which a large part of the story is set, given that the lawyer tried to obtain not only the release of the American pilot shot down by the Soviets, but also that of a young American student who by mistake he was arrested by the police of the German Democratic Republic. The over-excitement of the American temperament is contrasted by the seraphic calm of Abel who, while risking the electric chair for his crimes, maintains a coldness that allows him to emotionally manage the whole course of events. And then the bridge, finally, on which the longed-for exchange takes place, a free zone, a non-place where the law, of any nature, is suspended for a fixed period, and where one goes back to a logic that is no longer purely economic than the facts , as the evanescent fluidity of money is replaced by the concreteness of bartering, thus responding to living needs without any further mediation: the flesh corresponds to other flesh, in a process of individuation that recovers the subjects in their entirety and value.

Spielberg confirms his talents as a great storyteller by taking a substantial piece of American history head on, unraveling its most hidden mechanisms, denouncing its perverse dynamics, and also allowing himself the space to suggest some decisive corrections to an attitude that brought the world to the brink of collapse. Art becomes the privileged position through which to map the map of a future freed from the incumbency of a paranoid ‘discourse’ that informed the spirit of a people who have always been self-honored with the role of ruler of the world. It was therefore a question of moving to a level of cooperation configuring an intersubjectivity in which to find new spaces within which to insert more effective contents. The bridge of spies it is an epic, necessary, far-sighted film, in short, to be seen.

Chris Hemsworth: “Here’s the best workout ever, all you need is a kid and a skateboard” (VIDEO)

Nicolas Cage, what is his acting style called and how it works 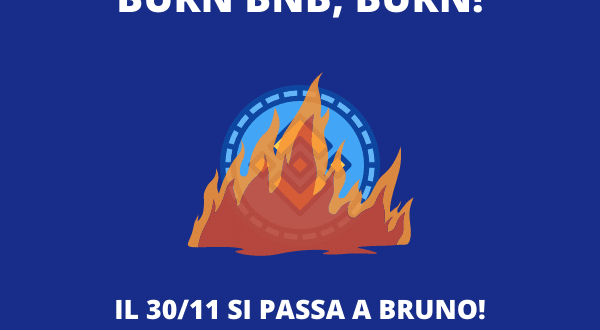