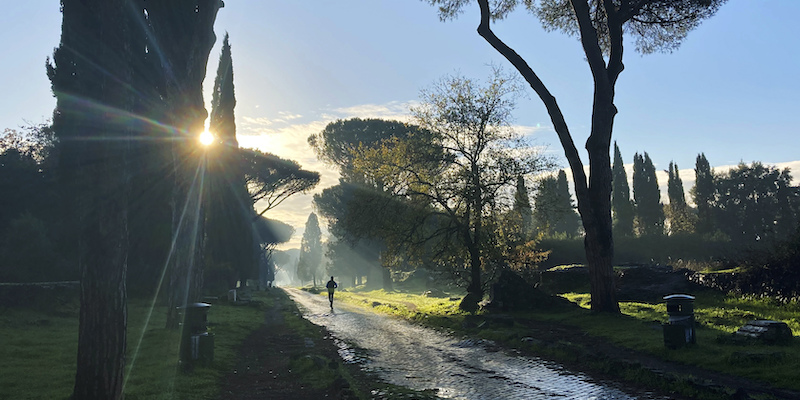 Until a few years ago, the Strava physical activity tracking app was mostly known by amateur cyclists and runners, who appreciated it for recording, analyzing, sharing and comparing their exercises: in the most critical period of the coronavirus pandemic, however , Strava began to be used even by those who would not normally have practiced these sports, and continued to be successful in dozens of countries even after the end of the lockdowns. According to some studies, fitness apps of this type have their advantages and work for several reasons: Strava, in particular, seems to continue to do very well thanks to some peculiarities.

According to data provided by the company that manages Strava, which allows you to track your route during exercise via GPS, in 2020 the app was used by about 2 million more people every month (currently it has about 100 million users). In the same year, its turnover increased by 75 percent compared to the previous year, reaching almost 100 million dollars (88 million euros): a success due in particular to users who decided to download the paid version of the app. , which for a cost of about 60 dollars a year (59.99 euros also in Italy) offers additional features, such as suggestions on itineraries to follow or training plans.

From September 2020 to September 2021, Strava users ran a total of almost 3.9 billion kilometers: 800 million more kilometers than those covered in the same period between 2019 and 2020 and more than double those run in the 2018 (1.4 billion). The kilometers traveled by cyclists who control their activity on the app also increased significantly, which in 2021 were about 16 billion, three billion more than in 2020 and many more than the 9 billion traveled in 2019.

These are remarkable results, considering that in the last two years gyms and sports centers have been closed for long periods and that millions of people have had to limit their movements due to the restrictive measures introduced to contain the spread of infections, such as lockdowns, curfews and quarantines.

Other fitness apps for exercising at home were also initially very successful during the pandemic, but not all of them are still doing as well as Strava.

One of these was Peloton, a US company that sells stationary bikes and treadmills that cost thousands of dollars and offers remote, streaming, subscription-based fitness classes. As he noted BloombergAt the beginning, there were so many requests for Peloton’s tools (and course subscriptions, which can be done with or without its products) that the company had had to delay deliveries for months; but then the users who had subscribed had started to decline from last summer, with the gradual easing of the restrictions.

Strava’s CEO, Michael Horvath, explained that in 2021 the company’s turnover increased by a further 68 percent compared to the previous year: and this means a turnover of about 170 million dollars a year. , with around 3 million users who have subscribed.

Horvath says there hasn’t been a waning of interest in Strava in recent months.

Unlike other similar fitness apps, Horvath said, Strava works both indoors and outdoors, and most importantly it’s okay because it has a huge community of loyal users that have made it a bit of a social network. Among other things, during the lockdown periods, users were able to compare their results on the app by running virtual marathons. Many of them then started using it again during the traditional marathons that took place after the restrictions were eased (41 percent of the approximately 33,000 people who participated in the New York marathon in November registered their performance on Strava, so like more than half of those who ran the London Marathon in October).

In addition, according to Horvath, the company is doing well not so much because it has increased the number of active users, but in particular thanks to the people who have chosen to subscribe to get an extra service: a successful model that in recent years seems having convinced many people to pay to take advantage of the most diverse technological services offered through apps, such as Netflix, Spotify or the Zoom video calling app.

– Read also: It doesn’t take much to do gymnastics at home

In 2021 there was a strong increase in the use of Garmin’s fitness app and smartwatches, a well-known brand also in Italy; and in October 2021 alone FitBit earned $ 2.25 million thanks to the downloads of its app from the Google Play Store.

According to a study recently published in the British Journal of Sports Medicine, Fitness apps are used by around a third of adults in the US and UK and would help those who use them take an average of 1,850 more steps per day. In general, they allow you to measure your progress easily and according to many they help motivate you: in fact, they allow you to compare yourself with other people and stimulate competition thanks to the gamification, that is, the ability to make every activity a game, a challenge, something with obstacles to overcome and rewards to be obtained.

Horvath pointed out that at this time of the year downloads tend to increase also due to the greater freedom that one takes during the Christmas holidays and the good resolutions for the new year, that is, of what he called the “phenomenon of new year and new you ». In this sense, the company’s goal is to ensure that new users are able to remain engaged and active beyond January 17, the date that at the company’s headquarters in San Francisco is jokingly called “the day of those who give up. “.