The French Dispatch: Wes Anderson’s Tribute to a Journalistic Era 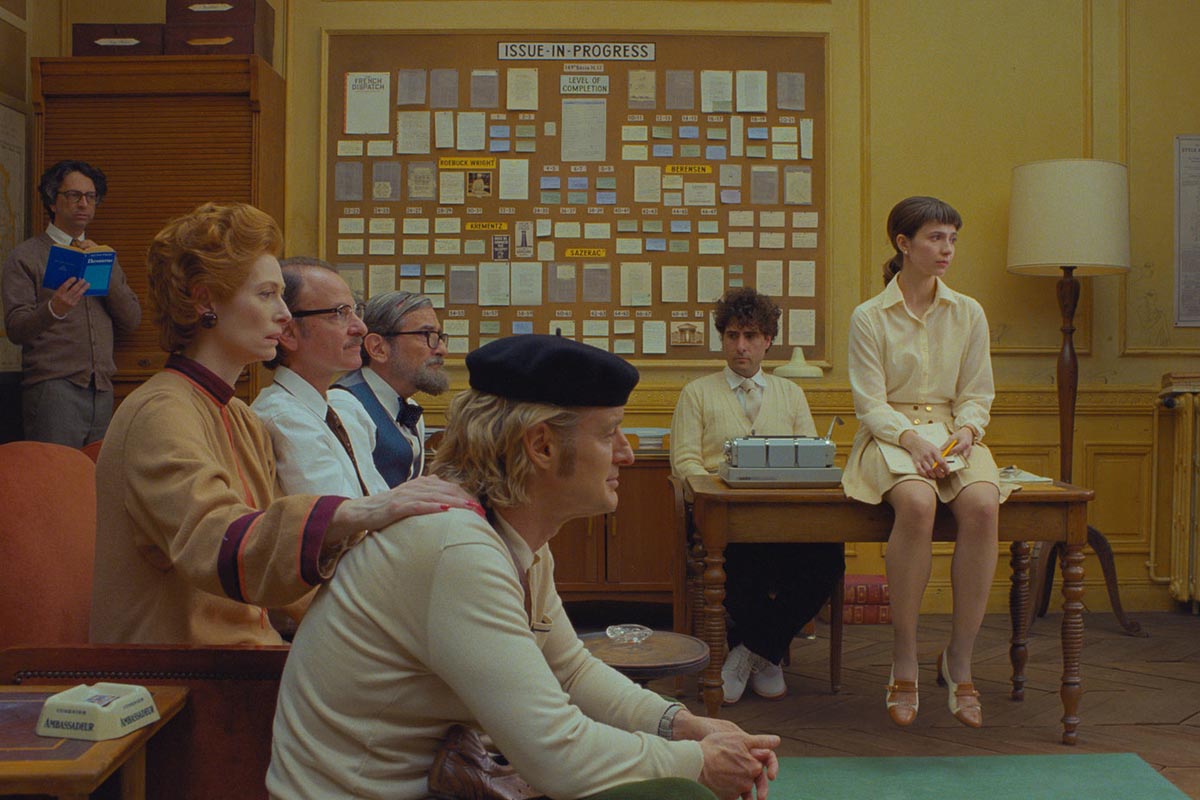 “The French Dispatch”, presented in 2021 at the Cannes Film Festival, is the film by an author who has his own style, from perfect shots to the skilful use of colors. Wes Anderson always manages to transport the viewer into an almost surreal world populated by ironic but never superficial characters. There is all this also in the film about the life and death of the French publisher Arthur Howitzer Jr played by a masterful Bill Murray. It begins and ends with a strange funeral celebration in the editorial office of the newspaper complete with a cake, since the day of death and birthday coincide. Several stories, or the most important articles published over the years, come to life from the pages of the magazine, from the reportage of a journalist on a bicycle to that of a great chef who works in a prison. The plot is relatively simple said so and in reality it is nothing more than a filmic version of the paper pages, told by a director who has invented his own language and makes all his works unmistakable. 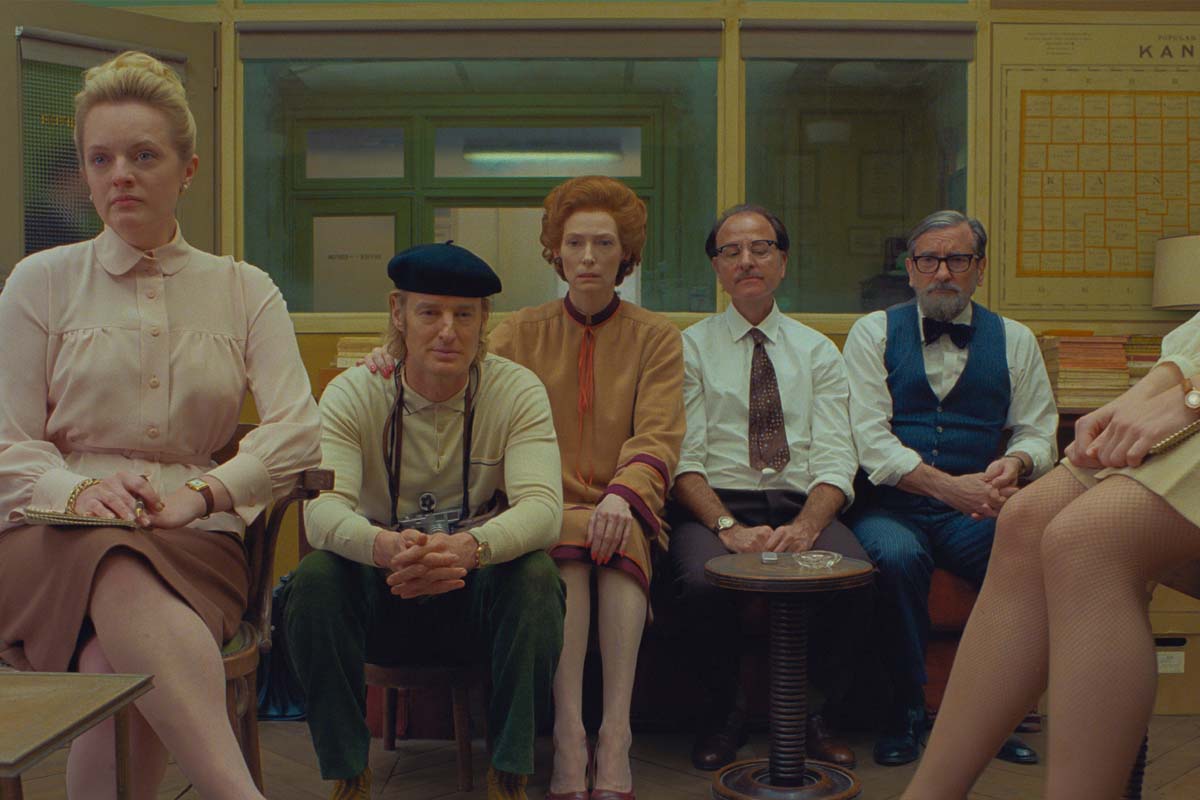 The paradoxes of the world of contemporary art are all there in “The Concrete Masterpiece”, with Benicio del Toro in the role of an artist, once a criminal engaged in a liaison with her guardian and muse (a wonderful Léa Seydoux). His works are presented by an iconic Tilda Swinton, editor for the art section as well as his former lover. We continuously switch from saturated color images to black and white images from the subjective and objective point of view to tell how a cynical art dealer manages to use the talent of a man who was saved from suicide thanks to creativity.

The French May of 68 ‘and the barricades of university students are contained very freely in “Revision of a Manifesto” with Frances McDormand and Timothée Chalamet, respectively elderly political chronicler and leader of the protest linked by a strange relationship. Wes plays police and riots at chess and brings to the stage, even if only hinted at, the free sex of a generation already told by Bertolucci in “The Dreamers”.

He also mentions Che in the character of poor Zeffirelli (Timothéè Chalamet), who will die in a stupid accident, becoming a style icon to put on t-shirts despite himself.

Much more complex (or confusing) the third episode, “The Private Dining Room of the Police Commissioner” with the policeman played by Mathieu Amalric struggling with a kidnapping and the performances of a great starred chef (Stephen Park). Wes Anderson’s film could be compared to a dinner signed by a Heinz Beck at its best, but not well organized.

The courses are all there and excellent, but there is no alchemy that binds them. The palate (in this case the eye) is completely enchanted by perfect images with great actors all together and a skilful use of colors. What is missing, however, is the sense. The three episodes could live perfectly on their own. Nothing binds them, if not the director’s brilliant idea in itself of turning the pages of a cinema magazine into an idea that fails to reach the spectator’s heart.

The dialogues are verbose at times and the continuous passage from color, ab / n in reduced format to cartoon pieces in the end becomes just a meaningless, almost annoying game. Of course, the class and style are all there as are the fine shots.

The cinematographic language blends perfectly with the theatrical one. You get lost in the magic of a story for adults and children but in the end what remains is a splendid magic box where there is nothing. Writer Sol Stein said that the skilled magician tries to deceive the mind rather than the eye. And that’s not the case with “The French Dispatch”, unfortunately. 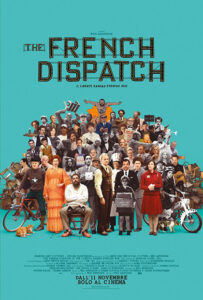 “The French Dispatch is a film directed by Wes Anderson. The film magazine is loosely based on the New Yorker Magazine founded by Harold Ross and later directed by William Shawn. The two inspired the character played by Bill Murray. In the work, color images alternate continuously with those in black and white. Animation is also used.

The French Dispatch: the plot

The French Dispatch is a French newspaper based in Ennui-sur-Blasé, European offshoot of the American Evening Sun in Liberty, Kansas. On the death of the director Arthur Howitzer Jr., before closing it definitively as he expressed it in life, the editors decide to make a last commemorative issue, publishing the best articles.

The film is divided into three episodes. The protagonist of the first is a murderer locked up in prison with a great artistic talent, discovered by the art dealer Julian Cadazio. His muse is the beautiful prison guard Simone. This is followed by the one with Frances MacDormand as a writer who finds herself involved in writing a political manifesto loosely based on the French May. In the third Jeffrey Wright is a food and wine critic who tells his daring television interview with the chief of the special police, Lieutenant Nescafier (Stephen Park), whose son they kidnapped, during a dinner with a great chef. 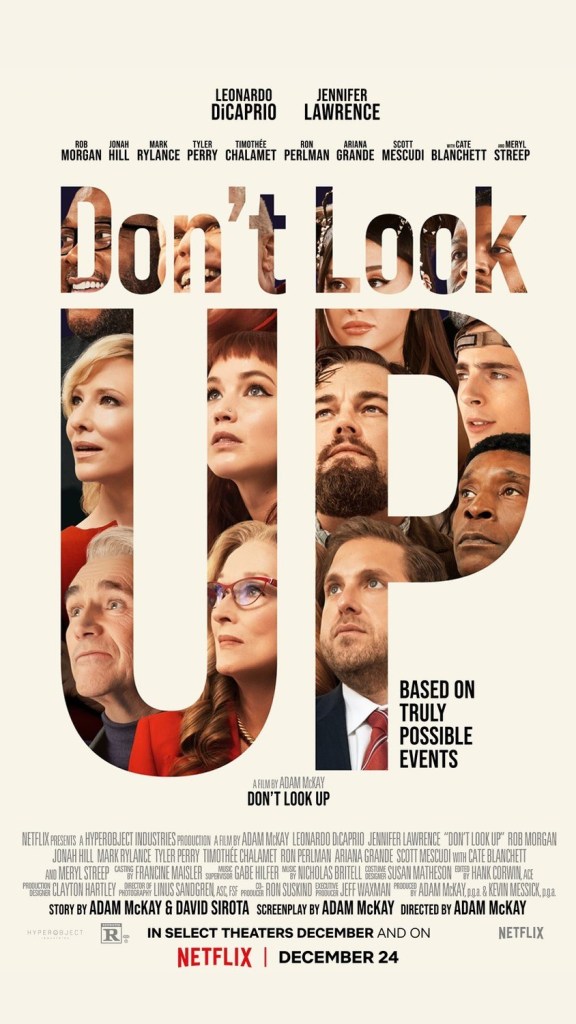 Don’t Look Up: that’s why the director chose Jennifer Lawrence