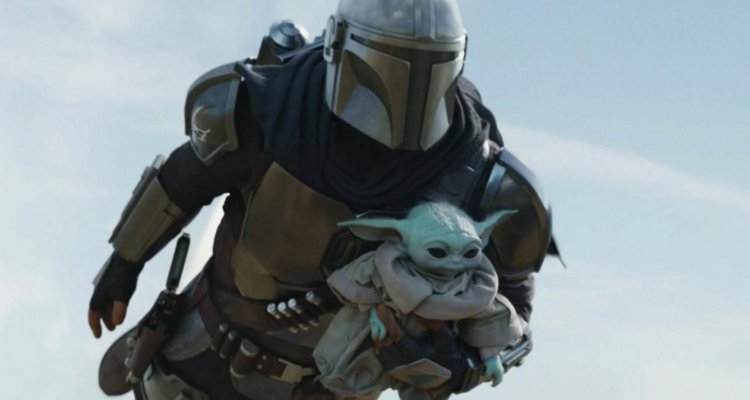 Leonardo DiCaprio recommended the series to Jonah Hill but apparently his Don’t Look Up set mate didn’t give a damn!

On the set of Don’t Look Up, Jonah Hill said he was encouraged by Leonardo Dicaprio to recover The Mandalorian. Apparently, unlike the Titanic protagonist, the series said absolutely nothing to his set mate in the latest film directed by Adam McKay.

At the end of the viewing of The Mandalorian, Jonah Hill only emphasized how cute Baby Yoda is. For the rest, the series told him absolutely nothing, unlike what Leonardo DiCaprio seems to have felt. In an interview with W Magazine, Hill said: “Leo made me watch The Mandalorian while filming Don’t Look Up. Apart from Baby Yoda’s very cute look, I didn’t understand what he was saying and I didn’t give a damn at all!”.

Leonardo DiCaprio and Jonah Hill recently starred together in Adam McKay’s latest film (we talked about it in our Don’t Look Up review), released on Netflix on December 25th.

Given the fantastic nature of the series, Jonah Hill struggled to connect with The Mandalorian, but noted that he was able to leave that behind when it came to enjoying Game of Thrones. Hill also stressed how recovering a late series makes him feel excluded from the round.

The actor said: “Game of Thrones is absurd. I know it’s funny to say it now, because it aired a long time ago! Sometimes I reflect on people’s reactions in real time and I realize it was like a cultural event. So when I have watched the episode about the Red Wedding, I called my friends and showed them all my amazement! And they said to me: ‘Yes, man. At the time it was a cultural event at the level of the end of the Sopranos’ “.

The third season of The Mandalorian will debut on Disney + in the course of 2022.