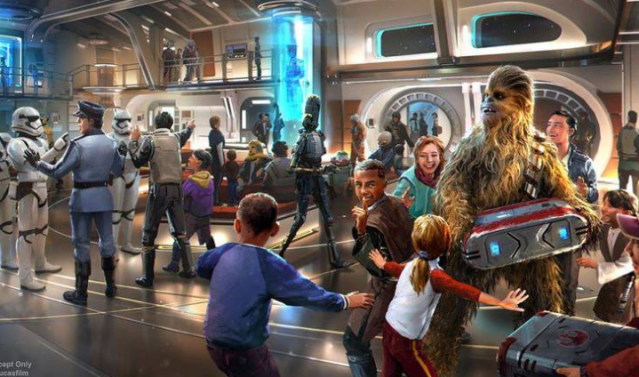 A year ago in August, word spread that Disney was about to launch a fully immersive Star Wars experience at Disney World. It sounded like the perfect getaway for a Star Wars superfan, but that’s not what ended up happening.

According to Disneyland News, the company is trying to understand why its first fully immersive hotel experience was so bad that no one wanted to book a stay. Now, some guests who had previously stayed at Star Wars: Galactic Starcruiser and filled out a survey after their stay are being asked to join a paid focus group so Disney can learn more about their experiences.

Essentially, they’re paying even more money to try to figure out why their Star Wars hotel was apparently a flop.

Again, according to Disneyland News, former guests received an email titled “Invitation to Participate in Disneyland Resort Investigation,” asking if they would be willing to share what went wrong.

“Guests will be required to complete a 5-minute email survey before being selected to participate in the focus group,” the post reported. “The 5-minute survey was only about Walt Disney World, even though the email title referenced Disneyland Resort.”

The focus group you are being asked to participate in is a 90-minute virtual session that will take place during the last week of June. Participants will be paid $175 via Disney gift card for their time. The publication notes that the location noted in the survey does not match the location of Star Wars: Galactic Starcruiser, but wondered if the email was incorrect or points to preliminary research on a similar immersive experience at Disney World.

Harry Potter: what is the disease that Daniel Radcliffe suffers from?