After 12 years, singer Shakira and FC Barcelona player Gerard Pique announced their separation in early June. Details of their breakup make the headlines of the Iberian press.

A Spanish journalist revealed an altercation that allegedly took place between Colombian artist Shakira and Spanish footballer Gerard Pique. The couple, who announced their separation through a press release published in early June, would have come to blows in the middle of the street.

“They fought in the middle of the street in front of everyone,” said Iberian reporter Silvia Taules, in comments reported by Public.

According to her and several other Spanish media, the singer would have learned of the infidelity of her husband – and father of her two children – thanks to a private detective.

The tension and the cries generated by the argument between the 45-year-old artist and the 35-year-old sportsman would have caused the cancellation of several concerts of Shakira, who had lost her voice.

The couple formed by Shakira and Gerard Pique was one of the most famous on the planet. 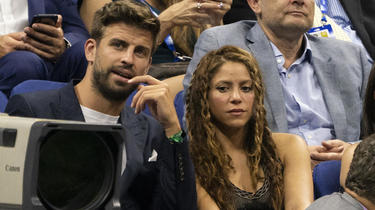 “We regret to confirm that we are in the process of separating. For the well-being of our children, who are our highest priority, we ask for respect for our privacy,” they said in a joint statement released by the singer’s lawyers in early June.

Since then, numerous indiscretions have regularly appeared in the press on the infidelities of the player and his possible mistresses.