The car made in San Luis is already for sale. His arrival was all the rage and reservations exceed expectations. What do you have to know before buying it

The supply of electric cars grows in the country. But there is one “made in Argentina” That stands out: Tito, produced by the Coradir company in San Luis, It is one of the alternatives that was developed faster and exceeded projections of sales.

The model began to be devised in 2020 and a few weeks ago it took the most important step: got the patent in the records of the National Directorate of the Registry of Automotive Property, an essential condition to be able to circulate on public roads.

priced at $15,000already has 500 units sold in a segment in which it competes with other domestically manufactured products, such as Volt and Sero Electric. At the other extreme are the vehicles of large automakers such as Nissan Leaf, Audi E-Tron, Porsche Taycan and Renault Kangoo.

But there are several questions about these vehicles that buyers ask themselves before making the decision to migrate to green mobility: from autonomy, charging mode and driving speed, to the true utility of these electric models. In particular, the nationals, who are much More smalls And they had a limited usebut they are cheaper.

From brands explain to iProUP everything you need to know before buying one of these cars..

Why is Tito one of the most sought after electric cars?

Among domestically produced models, Tito is the “newest”. In June 2020, during the pandemic, Coradir had already gone all the way in creating and developing the vehicle and announced the birth of this electric car, a small vehicle that works 100% battery.

Tito, the electric car can now be patented.

In October 2021 the stage manufacturingat which time the quality reviews and enhancements typical of the start of production. This process was carried out together with the first presaleduring which they were marketed 200 units online.

The calculations were growing month by month. For this year, the firm expects a production of 500 units. However, since he has very good prospects and believes that once the cars circulate on the streets, demand will increase further, they are already setting up another 3,000 m2 plant in San Luis to expand the offer.

At the same time, he started designing and already has a cargo vancall auntwhich is in the latest homologation processes for patenting and circulation on public roads.

What are the characteristics of the Tito electric car?

Titus is a car boy which is equipped with:

Although most of its components are imported, some parts (such as the batteryone of the main costs) the produces Coradirwhich is advancing in national integration of the parties, until reaching the 80 percent.

As mentioned above, the battery is 2,000 cycles, that is, the amount of times it can be recharged to 100%which is equivalent to a distance traveled of approximately 200,000km.

With respect to gearbox, it has gears similar to a conventional car, so drives like a vehicle with automatic transmission, with accelerator pedal and brake pedal.

Between his most important features stand out:

In addition, it has a warranty for 5 years. As a differential with other national electric compacts, it has chassis is steel and bodywork entirely made of sheet metal.

Who buys it and what is it used for?

The sale of domestic electric models is varied and there is no common parameter. In principle, the ones that consult the most about small nationals are logistics and short-haul transport companiesfor the economic benefits. The same thing happens with private properties (countries, exhibition centers, etc.), as it offers more features than a “golf cart”.

However, this electric car also catches the curiosity of all types of consumers. “The Tito’s demand was a real surpriseto the point that sold out as soon as the pre-sale came out,” he confides to iProUP Juan Manuel Bareto, president of Coradir.

The executive assures that they have “shoppers of all agesfrom young people of 18 years, with a more ecological look, to others of 70who value the practicality“.

What are the Argentine electric cars that compete with Tito?

Among some of the nationally manufactured products that compete with Tito, the VOLTmanufactured in Cordoba. The brand markets three models with the following prices:

Regarding the characteristics, the Volt Z1 Start is the “entry” model and it has a 4 kWh batterywith an autonomy of 60km; Meanwhile he Z1 Power Long Rage 80km without refueling In both cases, they offer a maximum speed of 40 km/h and are recharge in two and a half hours. 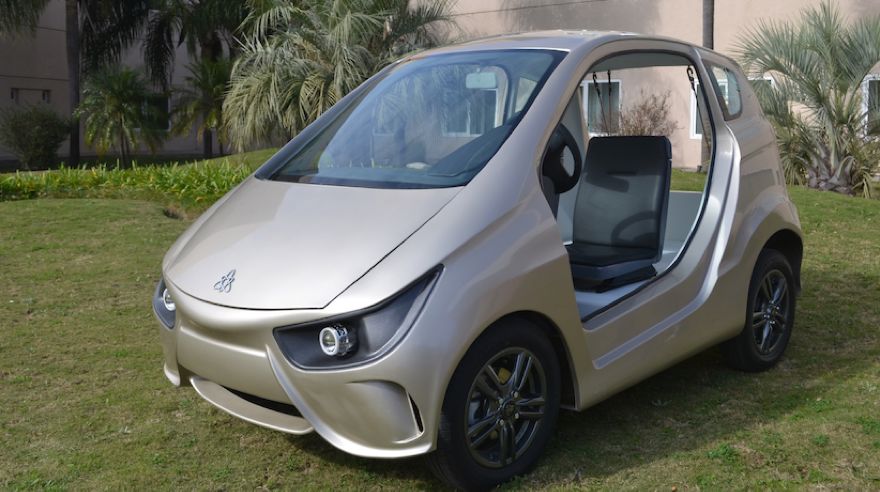 As for the volt e1the “utilitarian” model, integrates a 20 kWh battery and 150 km of autonomy, same as him Power Long Rage. They offer a top speed 105km/h and the recharge takes 10 hours. In all cases, plugs into home outlet.

In terms of technology, with the exception of the entry-level model, all incorporate a 7″ touch screen to control vehicle functions, except the E1, whose display is 10 inches.

“We estimate to reach an approximate delivery of 400 in 2022, if the conditions of the country and the world allow it. In 2023 we will improve those figures”, he tells iProUP Daniel Parodi, CEO of Volt Motors.

Sero Electric is another brand of national production with different proposals. Among them, it has the versions:

Everybody is approved to patent, so you can circulate on the streets. VAT must be added to the prices mentioned above. 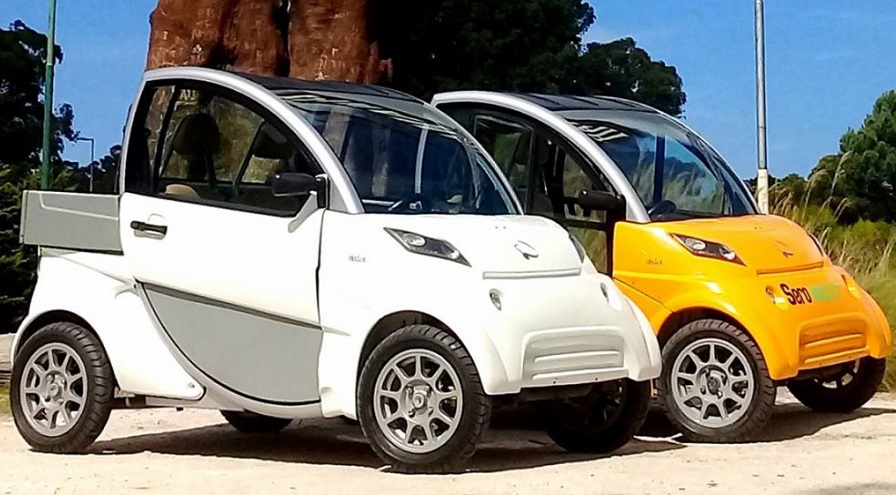 Sero Electric, another proposal to circulate through the streets.

It is also possible to choose between two types of batteries: lead, what does it cost Additional $326,000or the long-term one, $412,000. In all cases, it plugs into a conventional 220-volt outlet and takes five to seven hours.

The autonomy in these models ranges between 40 and 100km depending on the pack batteries Y way of use. The latter is influenced by load, type of terrain and the way of driving. The maximum speed is 50 Km/h for public roads, with the possibility of establishing a lower value for private properties. The transport capacity is two people. In total, it supports up to 270kg.

On the other hand, Sero Electric offers other options that cannot be patented, but can be used in closed environments (for example, countries), such as sedan without doorswhat does it cost $1.5 million, to which must be added $326,000 for lead battery or $412,000 for the longest duration.

All offers point to a price similar to that of an economical 0km gasolineto offer an economic alternative to the models of the big Terminals, that start in the $60,000.

The latter are intended for show intent of brands migrating to greener technologiesalthough they expect these values ​​to drop as demand grows.

It is a matter of time, but it is the path where all the automakers are going, which will gradually add models in the country to show the reality that is already registered in other markets.