World of Warcraft has been one of the most famous games in history for many years. Making history on several occasions, especially within the PC landscape, Blizzard’s MMORPG has had the status of a legendary game for almost two decades. Since its launch in 2004, a lot has happened, but few have been as impressive and relevant as the Corrupted Blood Incident.

Back in 2005, with the release of version 1.7.0 of the game, Blizzard added the content that would make a mark on their game community for the next month. With the arrival of Zul’Gurub, one of the first raids in the history of the game, something that no one could have foreseen also landed in the MMO: An epidemy that it would end up not only taking the lives of many of its rookie players, but would become a case of study for epidemiologists. But how did all this happen?

The beginning of the epidemic

Well, the final boss of that place, called Hakkar the Hunter of Souls, used an attack called, of course, Corrupted Blood. This move had two effects that turned out to be a very explosive mix: the first was an effect of continuous damage every second that lasted 10 seconds, while also spreading to characters that were close to the wearer. This, in principle, should not have brought any problem, because when the fight ends and the match is abandoned, the altered state would go away and that’s it. But… clearly things they didn’t stay there.

Some players found that their pets could also catch the disease and, when removed from the battlefield, keep it even after the fight ended. With this knowledge, they tested to see what would happen if, after that, they called their pet somewhere outside of Zul’Gurub, and the result was disastrous: said pets still had the effect of the Corrupted Blood, and his behavior was the same as within the fight, and this was what caused the massive contagion. Obviously, it cannot be said that this was on purpose and knowing the facts, although it is easy to think that some people did it unintentionally, while others, learning how the bug worked, decided to spread the infection on purpose, creating a great infectious epicenter in Ironforge and Orgrimmar, two of the game’s population centers. What is clear is that this is how one of the most curious stories that have occurred in video games began.

How did the community react?

For those with high level and hardened characters, this altered state was an annoyance they could live with, but they were the newbies those who ended up paying a large part of the duck, the damage they received was so great that it killed their characters in a matter of seconds, causing corpses piled up in the places with the most players in World of Warcraft. Defenseless in the face of this, measures were organized within the MMO to mitigate the spread of the epidemic, but also to spread it. Some people simply chose to stop playing until the matter was resolved, but others wanted to live it up and began to leave the densely populated cities to play in exile. On the other hand, there were also those that activated the PvP mode, which avoided infecting those who had it disabled (and vice versa).

In addition to individual initiatives, groups were also created with the purpose of helping those who were being destroyed by the Tainted Blood, thus becoming support networks who sought to cure and save the most defenseless. Those who could not heal dedicated themselves to warning those who were approaching the cities, seeking that no one be caught by surprise by the incident. On the other side of this war were those who found it amusing to see how chaos was sown and they did everything in their power to do so: interacting with PvP players so that no one was safe and continuing to spread the altered state in cities just to watch the world burn. 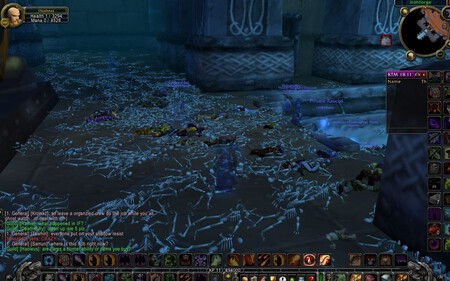 Corpses were piling up in the most populated cities of World of Warcraft.

Blizzard, for its part, tried to contain the infection suggesting voluntary quarantines to contain the spread of the disease. Unfortunately, this failed miserably, people did not want to abide by this, either because they wanted to continue infecting others, because they did not take the event seriously or because they wanted to prioritize their own benefit and move away from the cities despite being infected. Be that as it may, in the end the solution was drastic: a restart of the servers by the North American developer.

One of the most interesting things in the design of a video game is what we call emergent gameplay: activities or situations that a player can achieve by making simple mechanics interact with each other thanks to the human factor. The Tainted Blood incident is something that encapsulates this perfectly: the epidemic was not designed by Blizzard, but rather a consequence of how players interacted with the game’s systems, and is an outstanding example of the impact they can have our own actions in virtual worlds when the barriers are not insurmountable.

A case worthy of study

The rest is history: Blizzard worked to fix the bug and, after a month, people were able to continue their virtual lives as if nothing had happened. The incident remained more than an anecdote (although Blizzard references it from time to time) and served as a basis for sociologists and epidemiologists to talk about human behavior in an epidemic situation. Some of the notable examples in this regard come from the most unexpected places, such as the Center for Terrorism and Intelligence Studies, which spoke of how studying the phenomenon could be used to talk about the formation and behavior of terrorist cells. On the other hand, the Tufts University Infectious Disease Modeling Center also had its eye on what happened, to treat the behavior of people within epidemics or natural catastrophes. Of course, within the history of this industry, it is a more than unique event that tells us about the real world, but it also has a lot to say about the potential of the video game online and how much it has to do with our lives beyond the screen. 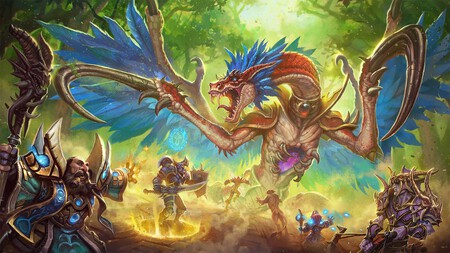 As a hardcore Final Fantasy XIV player myself, the thought of an accidental event having such large and widespread consequences is fascinating to me. Yes, it is true that it may have been annoying for a part of the game population, forcibly interrupting their normal activities (and even more so in the case of a title in which you pay to play), but how much this incident could raise the look World of Warcraft social is fascinating.

I’m sure that no one who participated in the Tainted Blood incident is going to forget about it in their. He was a unique event in the video game industry that demonstrates the power of interaction between players in the online medium and that could not be repeated today. It’s hard to find a middle ground between giving too much freedom and losing control of the experience, and putting up too many barriers. Cases like this have served to be studied and taken into account by developers, and long gone are the days when such open game design was something new. Today, when titles of this caliber are proposed, much more is taken into account what can happen if containment measures are not considered everywhere. Despite the fact that this is better in principle and avoids major bugs that can destroy hours and hours of games for many people, personally it saddens me to think that interactions with virtual worlds increasingly go through design and except for the unexpected.