Years ago, the PC gaming market made the leap almost exclusively to digital distribution. On consoles the adoption is a bit slower, but a study reveals that fewer and fewer games are opting for a physical release; if a little more than 10 years ago downloadable titles were almost niche, now 90% of 2021 games on console could not be purchased in a traditional store. 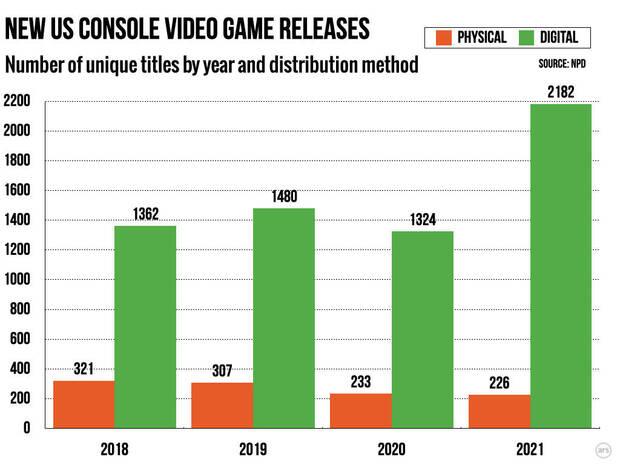 This evolution is not the same for the three consoles: on PlayStation 38% fewer games were sold in physical format and on Xbox 31% less, while on Nintendo Switch it only fell by 7%. Downloadable games increased on all three consoles, especially on the Nintendo console, by 63% more than in 2020. This is not an end-of-cycle trend for PlayStation 4 and Xbox One, but rather companies see the physical format less and less relevant. It is the large publishers that are still resisting: 56.4% of the games had a physical version in 2021, although it is a decrease compared to 80% in 2018. 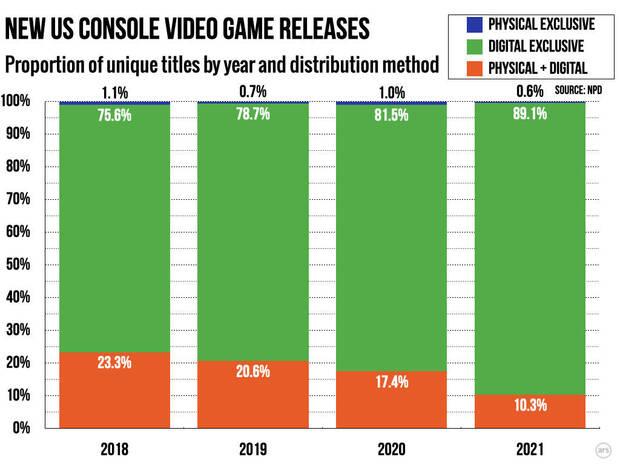 The closure of digital stores

The study arrives precisely with the closure of the eShop on Wii U and Nintendo 3DS scheduled for 2023. “The decrease in options in the physical format is increasing its importance for players given the limited life of digital distribution stores on consoles“, says Arttechnica. 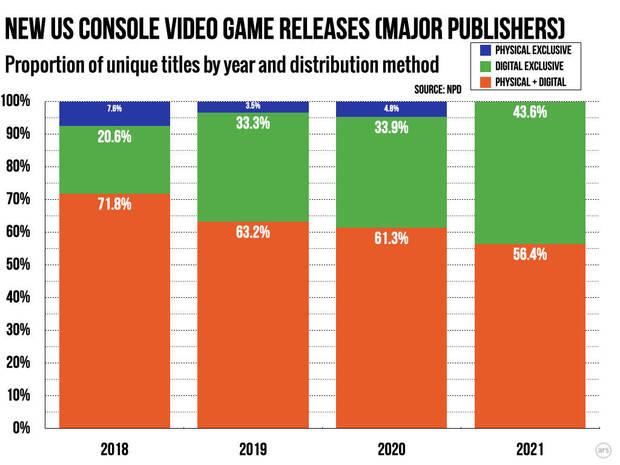 “The upcoming closure of the eShop on Wii U and 3DS means that hundreds – nearly 1,000 games – on these platforms will not be available for purchase. If these games were available in physical format they would still have a life on the second-hand market.”