Employees at many Apple Inc. stores in the United States are working to unionize, reported the Washington Post last Friday (02.18.2022), citing people familiar with the efforts.

The move comes against the backdrop of unionization efforts that are gaining momentum at big American companies including Amazon.com Inc and Starbucks Corp.

The report says that employee groups at at least two Apple Stores are backed by major national unions and are preparing to file paperwork with the National Labor Relations Board (NLRB) in the near future.

At least six more stores are in less advanced stages of the unionization process, according to the report, which adds that Apple employs more than 65,000 retail workers. 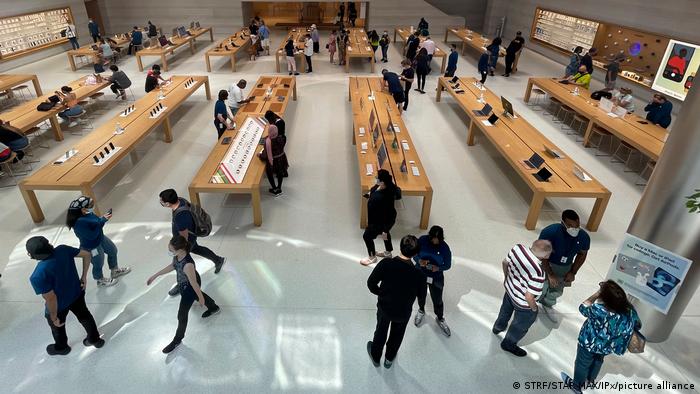 Use Android as a security measure

According to him Washington Post, to avoid detection by store managers, employees have secretly met and communicated with encrypted messaging, sometimes using Android phones, the competitor of Apple’s iOS operating system, to avoid any possible snooping by Apple .

Although there is no proof that Apple actually spies on employees’ iPhones, organizers may have in mind the firing of Apple employee Ashley Gjøvik, who has alleged sexual harassment, environmental issues and surveillance by the company.

The megacorporation “has an internal culture of surveillance, intimidation and alienation,” Gjøvik wrote. “Employees are closely watched and our data hoarded in the name of secrecy and quality.”

Apple has 270 stores in the United States and made 36% of its total net sales of $365.82 billion in fiscal 2021 through its retail stores and website, according to a regulatory filing.

His boss Tim Cook’s salary was 1,447 times that of the average employee at the tech giant last year, fueled by stock awards that helped him earn a total of nearly $100 million.

The company had decided to temporarily close several outlets in the United States during the height of the COVID-19 pandemic.

Last year, it planned to give store workers a one-time bonus of up to $1,000, it had reported. Bloomberg in September, amid difficult labor market conditions and unrest among employees.