Fans can rejoice: Elle Fanning Confirmed For Hideo Kojima’s Next Video Game. Hideo Kojima is one of the most reputable creators in the video game industry thanks to his incredibly innovative gameplay and deep stories and characters. There really is no one like him and that makes his work so unique and successful. It has also made people want to work and connect with him. Kanye West has mentioned that he is a fan of Kojima, numerous actors and directors have spent time with him, etc.

This has allowed Kojima to land impressive casts for his games with the likes of Kiefer Sutherland, Norman Reedus, Margaret Qualley, Lea Seydoux, and others. And now Elle Fanning will star in Hideo Kojima’s next game. Secondly, Hideo Kojima would show his new work at The Games Awards 2022. 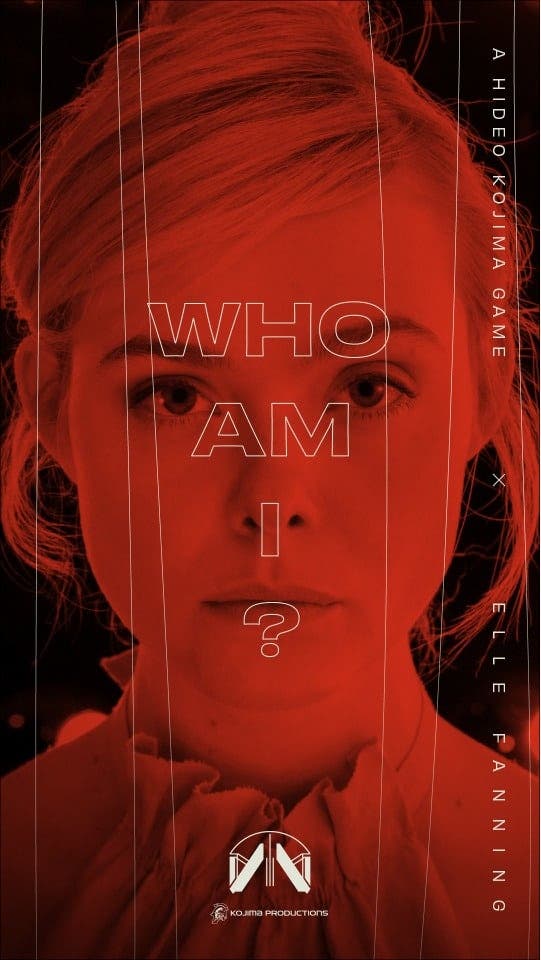 Elle Fanning to Star in Hideo Kojima’s Next Game

A new website has confirmed that Elle Fanning will be in Hideo Kojima’s next game, although it has not been confirmed which game it is. As Lance McDonald discovered, a poster was found at PAX in Australia that read “WHERE AM I? When an accompanying QR code is scanned, it takes fans to a website with the image of Elle Fanning and a text that says “WHO AM I?” and “A GAME OF HIDEO KOJIMA”.

Kojima is likely to keep this a mystery for a few months. At last year’s Game Awards, Hideo Kojima confirmed that he would be at the awards ceremony, suggesting that he would have something to share. Hideo Kojima has confirmed that he is working on a new Xbox game and Death Stranding 2 is also rumored to be on the way, so this could be related to one of those projects.