This weekend, through a press conference given from the presidential house, the Honduran Security Secretariat, through members of the National Police force, provided the first details on the progress of the investigations carried out since the past. Thursday to clarify the facts surrounding the massacre of four people at the exit of a night entertainment establishment in the city of Tegucigalpa, and which has among its fatal victims a son of the former president of that country, Porfirio Lobo Sosa.

According to what was revealed by the director of the Honduran Police, Gustavo Sánchez, the first evidence collected around the crime has made it possible to determine that it was indeed a case of selective murder and that it had as its main target the son of the former Honduran president. , a 23-year-old man, identified as Said Lobo.

In the act, perpetrated in the early hours of last Thursday, three other young people were also murdered, including the nephew of a former soldier, Romeo Vásquez Velásquez, who once served as head of the Honduran Armed Forces, and who After the news of the murder of his nephew, he stated that “crime is beating state institutions.”

Among the details of the investigations carried out by the Honduran National Police, Director Sánchez also pointed out: “We have managed to establish the participation of at least 11 people, of whom we have captured six.” He also affirmed that thanks to the evidence collected and the new evidentiary material collected during the raid actions that have allowed the apprehension of several of the criminals related to the massacre, “we are able to say that this operation was carried out by the criminal structure MS13″.

In the report delivered at a press conference, and also presented through social networks through a statement by the Honduran National Police, it was detailed that among those captured is a person who was posing as an officer of the body police of that country.

The investigation, requested in a special way by the president of Honduras, Xiomara Castro de Zelaya, has also allowed the seizure of two firearms used during the brutal massacre (which was also recorded through the security cameras of the night establishment where Said Lobo and his companions had departed), as well as a total of fourteen cell phones, and a vehicle used to transport the criminals.

Regarding the seized truck, the Honduran Police explained that it is a Volkswagen Amarok brand vehicle, black in color, which becomes a key part of the investigation, even more so if one takes into account that fingerprint tests have been carried out on it. to other evidence in the target of advancing in the full identification of criminals who took part in the brutal murder.

#RELEASE | The Secretary of Security, through the National Police, with instructions from the Constitutional President of the Republic of Honduras Xiomara Castro regarding the investigations to clarify the multiple homicide in the capital of the Republic pic.twitter.com/1XIIuXvwui

In its statement, the Honduran Police pointed out that the institution “is interested in providing a response to the population in general and makes its best efforts to work in coordination with the Public Ministry and manage to arrest the material and intellectual perpetrators of this crime.”

Last Thursday, after the news of the murder of Said Lobo was known, and even without the proceedings to remove the bodies, former President Lobo arrived at the scene of the massacre, who regretted what had happened. He stated that he did not know the reasons and who could be interested in harming his son. In that same sense, the former president made a special call to the authorities so that no effort be spared in clarifying the crime.

At the time, through social networks, the president of Honduras, Xiomara Castro, and her husband, former president Manuel Zelaya, demonstrated to express their condolences to Porfirio Lobo, to later visit him personally in the place where he was They performed funeral services.

The crime that occurred on July 14 aroused great commotion in Honduras and in some of the countries of the region, because the security cameras of the place, allowed to know in detail the way in which a group of criminals, using long weapons , and mobilizing in several vehicles, they carried out an ‘operation’ to approach Said Lobo at the exit of a nightclub, forcing him and his companions to get out of a truck, still without leaving the parking lot, and after placing them against one of the walls of the establishment, they were shot. 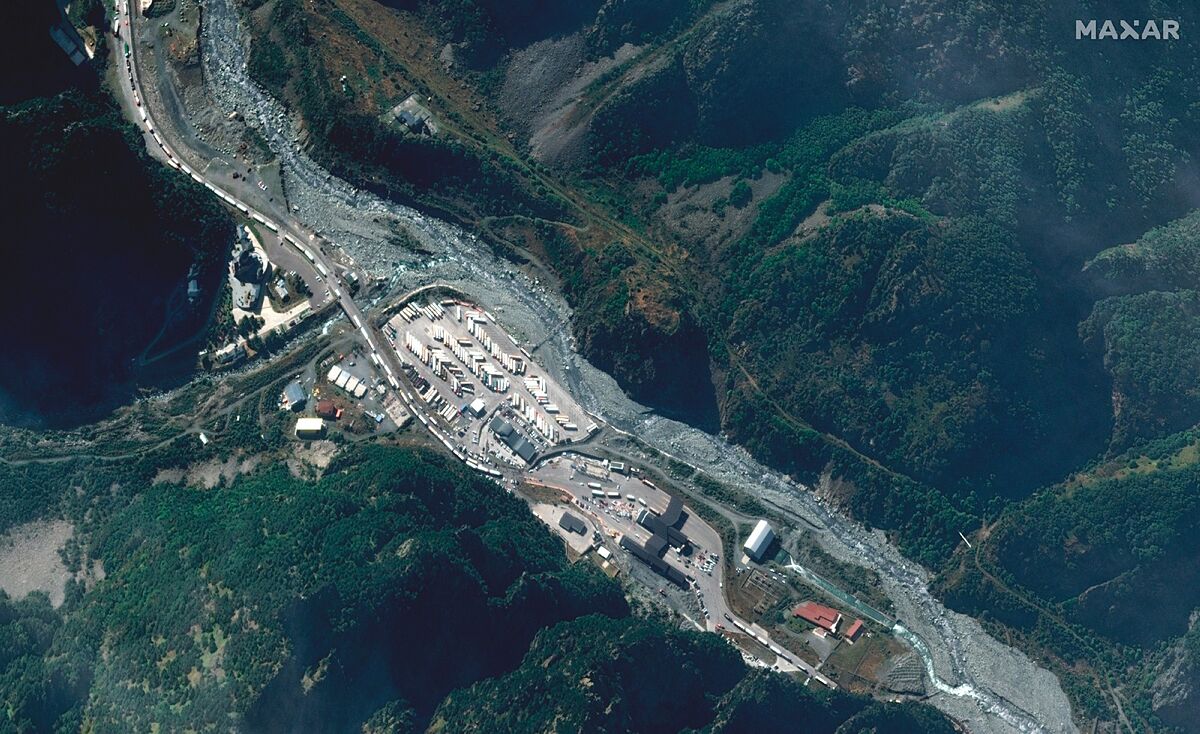