The history of the band Menudo, which is part of the Latin American imaginary with titles like “Get on my motorcycle”, It already has a series of four episodes which will be presented shortly at the Tribeca Festival in New York and which recounts what the members of that mythical band experienced on and off stage.

Thousands of hours of archive footage of their presentations in several languages, interviews with fourteen former minions -it was a group with great mobility, since they had to leave the group in their teens- and intense editing work precede this series, which It will arrive at the festival on June 11, two days before its premiere on HBO Max.

“Menudo: Forever Young”, directed by Puerto Rican Ángel Manuel Soto and New Yorker Kristofer Ríos, will tell the story of the famous group chronologically from its foundation in Puerto Rico to its endall this in four chapters of 40-45 minutes, of which two will be exhibited at Tribeca, the Spanish Carla Roda, editor of the documentary, told Efe.

“The magic of an editor is to have good training as a writer, as a director, and a good team, and it is the combination of all those elements that ultimately allow us to have a very specific story that reaches the public,” said Roda, who previously He has directed three short films and one feature film, which he says has helped him in his work.

“People see the final product but they don’t know the work that has gone into a film, which can take years, depending on the type of project,” he says about editing, considered by many to be an invisible art, which combines creative and technical aspects of film post-production.

“Menudo: Forever Young” is the third documentary that he edits that reaches the official selection at Tribeca, on which he worked for seven months and for which he prepared long before.

“I’m a little younger than when the group started, so I’ve read about Menudo since it started and what has been said about them to get an idea of ​​the story I was going to tell,” recalled Roda, born in Granollers within from a family of artists.

The impact of “menudomania” was such that many refer to being “before or after” Menudo, as the group became a musical icon that mobilized thousands of fans in their presentations.

often, what had among its most famous members Ricky Martin and Robby “Draco” Rosawas founded in 1977 in Puerto Rico by producer Edgardo Díaz and achieved success in various countries during the eighties, with 20 million records sold and songs recorded in five languages, even reaching Japan and the Philippines.

In 1997 it evolved into MDO when the band announced a shift to a more “mature and avant-garde” stage. It was around this time that they became a “Latino group,” with members hailing from various Spanish-speaking countries.

Hardest part of the job?: “Cutting and doing it in a way that everyone understands. Above all, when you tell stories about real people, you have to do it as ethically as possible so that the story works without misrepresenting anything.” indicates the editor.

The four episodes talk about his legacy but also about what happened off stage told by several of his former members, among them Johnny Lozada, Ricky Meléndez, Rawy Torres and Raymond Acevedo, who have had “enough courage to open their hearts and tell everything that happened to them,” said Roda.

And it is that the success was no stranger to controversy, with accusations of child exploitation and sexual abuse against the producer, an issue that the documentary does not shy away from.

“They went through a lot but there were also many moments of joy and I think it’s important to give them recognition, that they were a music group that really touched the hearts of many fans,” he adds.

“This documentary is for their fans, for those who followed them unconditionally and made it one of the biggest bands in the world,” he said. 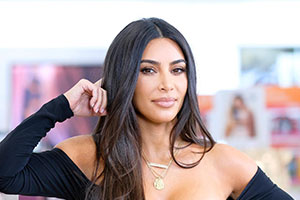