Marco Bognanni talks about his new activity in the world of cryptocurrencies, and why “Swag” is increasingly taking the place of poker in the life of “Magic Box”.

Marco Bognanni at the last edition of the WSOP, in 2019, he was one of the blue protagonists who most excited us, finishing in second position an epic ride at Deepstack.

From that moment on, however, Magic Box he was not very present in live and online tournaments. Obviously thanks to the stop of live poker in 2020, but taking a look at Bognanni’s social networks you immediately notice that there is more.

Shortly after his second place finish at the WSOP, Marco successfully dived into the world of cryptocurrencies, and in this interview he will tell Assopoker readers about his business and his thoughts on the world of Bitcoin. 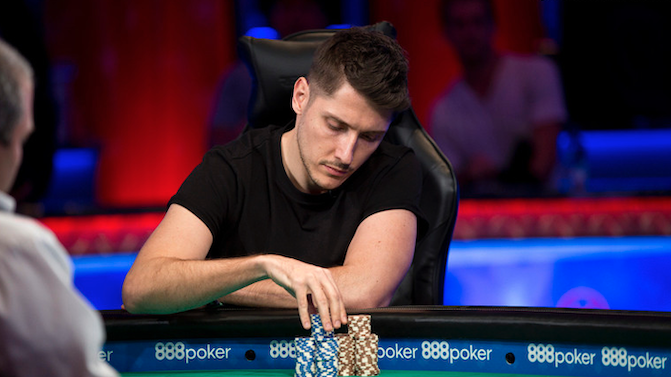 This comparator compares the welcome bonuses currently verifiable on Italian bookmakers. This table has an information function and the bookmakers are shown in random rotation.

Hi Marco, we have seen that you have disappeared a little from the world of poker to immerse yourself in cryptocurrencies. Tell us what you do now.

Marco Bognanni: “Now my time is 80% Bitcoin and 20% poker. I started with crypto in 2019 and gradually took more and more space into poker.

I discovered this opportunity right in Las Vegas, right after my second place finish at the WSOP Deepstack. I always travel to Las Vegas with Fiodor Martino, he had just opened this Bitcoin mining company, Swag, I had just won that money and I immediately invested it in this thing.

Mining is the driving force behind Bitcoin, the verification of all transactions made on the BTC network. It serves to make it 100% secure, because it decentralizes transactions across the entire network of mining computers. To put it simply, as soon as 50% of computers accept a block of transactions, this block is added to what is called blockchain. This operation done by the machines receives a reward, in turn in Bitcoin, and from there the profit is generated.

In short, it is a very interesting world and beyond the value of Bitcoin we are interested in all the work behind it. For example I am the promoter of this company, I talk about the opportunity of mining, and we have these machines that mine crypto and a person can rent them and receive their Bitcoins every day without having to have a dedicated computer to do it.“

Many poker players have turned to cryptocurrency trading, but what you do is different. Are you less of a player and more of an entrepreneur?

“Absolutely entrepreneur. What I do with Swag is completely unrelated to trading. Trading is a bit like poker, many can do it but the ones who really gain will be like 5%.

If you go to look at the Bitcoin history, considering that the supply is halved every four years (for what is called halving, practically every four years they halve this reward given to those who mine), it is cyclical and rises a lot towards the high, even with peaks of x60. So think that the demand keeps going up and the supply is being halved all the time. With each halving, even if there are settlements where Bitcoin also loses 80% of its maximum peak, the price of Bitcoin never falls below the price of previous years.

Then there is an avalanche of people who try to speculate, trade and try to read the market, but Bitcoin is not the stock market, it is not a market where you can see what a company is doing to decide whether to invest in it. Bitcoin is people, it is understanding people. If there is a pandemic you can expect people to sell, otherwise it is unpredictable and most people lose money for it. They try to find patterns that are repeated over time, I’m not too experienced.

Swag, the activity I deal with, was born as industrial mining and then like all realities we try to expand the products. For example, we now have our own exchange where to buy and sell cryptocurrencies, and we have the first insured wallet, and it is a great pride to be the first in the world.“

Do you think there are similarities between poker and Bitcoin?

“Poker is still a game, which often starts with friends a bit like a challenge: you play the tournament and then maybe you get passionate. Bitcoin has nothing of this, it is done only to earn. Those who have made money in this world are those who have bought Bitcoin and have kept it for a long time, what is called holding, because you know that by its nature it is destined to grow over time. “

What do you think about the future of Bitcoin? Aren’t you afraid that this is a market that is not destined to last?

“I am absolutely positive about the future of Bitcoin. If I had to say what will happen in 10 years, in my opinion many banks will no longer exist and there will be many new forms of payment which will be cryptocurrencies. Each company will be able to manage its payments with crypto.

I give a silly example, now there are crypto of some football clubs. You buy them and what do they make you do? You can – I don’t know – decide on the banner to put on the stadium, or buy items through these crypto. We are moving in this direction.

You have the freedom to move all the money you want, even billions, from one part of the world to another in 15 minutes, which is something that no one else can offer you. Banks are in fact no longer needed. Some people may still need the contact, but if you take the new generations I don’t think they have ever even entered a bank, it’s all digital.

Bitcoin is the first digital asset that is not replicable, which is not reproducible and therefore can be a commodity.

Now a new hotel has opened in Las Vegas, Resort World, across from the Wynn Encore. They opened I believe on June 20th, and before they opened they said they would accept cryptocurrency payments and exchange cryptocurrencies for cash.

We called, me and Fiodor, but there is still no chance. But the intention is there, the future is that too. Try to think of the difficulty for an Italian player to bring the dollars there. In this case, it’s all done in 15 minutes. A crazy convenience, if they told me I can do it, I would do it right away! “

Bitcoin, collapse after the official debut in Salvador: the president buys 550. Citizens’ protests

Cardano Down 12% By Investing.com

Leonardo DiCaprio and Roger Federer compete on the stock exchange

«I still have nightmares when I think of ‘The Shining’» – Corriere.it