Il Castoro publishing house showed its editorial line for this month. A really hot October of various kinds, for every type of palate.

AMULET. The keeper of the stone

Are you ready to take your destiny in hand?

A compelling and visionary comic series, still a best seller more than ten years after the publication of the first volume.

SYNOPSIS: After the death of her father, Emily moves with her mother and little brother to the old house that belonged to her great-grandfather, a brilliant inventor. When the mother disappears in the cellar, swallowed by a monstrous creature, the boys chase her until they find themselves in Alledia, a magical world populated by a thousand pitfalls. Will they be able to save Mom? And what is their connection with that fantasy world?

THE AUTHOR: Kazu Kibuishi is the creator of the series Amulet, New York Times bestseller, ALA Best Book for Young Adults winner and Children’s Choice Book Award finalist. He also illustrated the covers of Harry Potter’s 15th anniversary paperback edition. He lives in Seattle with his wife and children.

From 28 October in bookstores:

by Brian Freschi and Elena Triolo

A comic to read…. on the tips!

New house, new school, new friends. It is not easy to settle in, especially if you are a bit clumsy and very, very clumsy in sports, like Elettra. Too bad that his mother insists on letting him try them all: volleyball, tennis, archery … Elettra collects despondency and fool one after the other.

And then one day he attends a classical ballet, and everything changes. Because after all, Elettra already knows what she wants to do. He just has to find the courage to follow his dreams. A fun and tender adventure on the importance of following one’s passions.

THE AUTHORS: Brian Freschi: Born in 1993, he worked for many years in the theater. Since 2015 he has collaborated with the Manticora collective and has published with numerous comic and children’s publishing houses. He teaches screenwriting at TheSign Academy in Florence and was nominated for the Boscarato 2020 Award as Best Screenwriter. He lives in Cesenatico.

Elena Triolo: Born in 1988, she is a Tuscan illustrator and cartoonist. He collaborates with the largest Italian publishing companies and with several Italian brands. He teaches comics and illustrations to adults and children. She is very popular on social media with her profile Carrots & Cinnamon. He lives in Cesenatico. The story of Electra it is partly autobiographical: inspired by some misadventures that happened to Elena as a child, it ends with the discovery of the second great passion of the Tuscan illustrator (in addition to drawing): classical dance, which she still practices today.

From 28 October in bookstores:

IT WAS OUR COVENANT

A magical graphic novel, which conquers and amazes until the end.

Nominated for the Eisner Awards 2020 like “Best publication for children ”. Uno of the best comics of 2019 for: New York Times, Publishers Weekly, Booklist, Kirkus And School Library Journal.He had multiple starred reviews on the most prestigious American newspapers

In the end an animated film on the horizon produced by Peter Dinklage (one of the best known actors of Game Of Thrones) who will also be the voice actor of one of the characters. It was our deal it recalls the atmospheres of Myazaki and Shaun Tan to which the author was inspired, but it is above all an extraordinary tale of friendship and growth, and of big dreams, which suddenly turns into a magical universe that enchants.

SYNOPSIS: Lanterns released into the river during the night of the Autumn Equinox Festival are said to fly towards the Milky Way to transform into stars. Ben and Nathaniel want to find out the truth about the legend and make a pact: they will follow the river as far as needed. Nobody comes home. Nobody looks back. Ready to discover the most surprising truth.

THE AUTHOR: RYAN ANDREWS is an illustrator and cartoonist living in the countryside in Japan, with his wife, two children, a dog and some noisy chicken. Draw comics, illustrate covers and work for animation.

BLACK CANARY. The power of the voice.

by Meg Cabot and Cara McGee

The origins of the most cheeky, loud and disruptive superheroine!

A story of growth, a colorful and disruptive style of illustration, a real, strong, independent and imperfect heroine, in search of her own voice.
An unmissable comic for fans of the genre and for those who want to know the origins of Black Canary.

The comic plates are an explosion of color and strength, and drag the reader into the story, involving him in the story of growth and self-discovery of the future Black Canary.

SYNOPSIS: Thirteen-year-old Dinah Lance knows exactly what she wants: to win the contest with her rock band and join the Gotham City Junior Police Academy to fight crime, just like her father. But when a mysterious figure begins to hinder her plans, the most shocking investigation of her life begins for Dinah, which will uncover a long-hidden truth.

THE AUTHORS: Meg Cabot is an American author, New York Times best seller. His most famous series, The Princess Diaries, became a Disney blockbuster starring Anne Hathaway. She lives in Key West with her husband. After graduating in art, Dear McGee he started working in the world of comics, with major publishing companies such as BOOM !, DC and IDW. He currently lives in the woods in the middle of nowhere and travels as much as his schedule allows.

HAVE YOU READ THIS?
by Soledad Bravi and Pascale Frey

Irony, literature, comics: a perfect mix for all book lovers!

Have you read all the classics of literature? Or not? It’s time to pick them up (or take them back) in hand and discover them in a brilliant comic book synthesis

You cheered on Rossella O’Hara and Rhett Butler in Gone With the Wind? You wept over the sad fate of Heathcliff and Catherine in Wuthering Heights? Get involved in the glittering parties of the Great Gatsby, the secret encounters between Romeo and Juliet, the daring escape of the Betrothed: the most famous literary classics told in a surprising and ironic way, by the sharp pencil of Soledad Bravi.

THE AUTHORS: Pascale Frey is a journalist and literary critic. He turned his passion for reading into a profession. He worked in Switzerland as a journalist before settling in Paris. He works for the magazine «Elle» and collaborates in the selection of books in competition for the Grand Prix des lectrices.

Soledad Bravi is one of the most famous and appreciated French illustrators and cartoonists. Author of numerous children’s books, she is highly regarded for the comic strips published in major French newspapers. 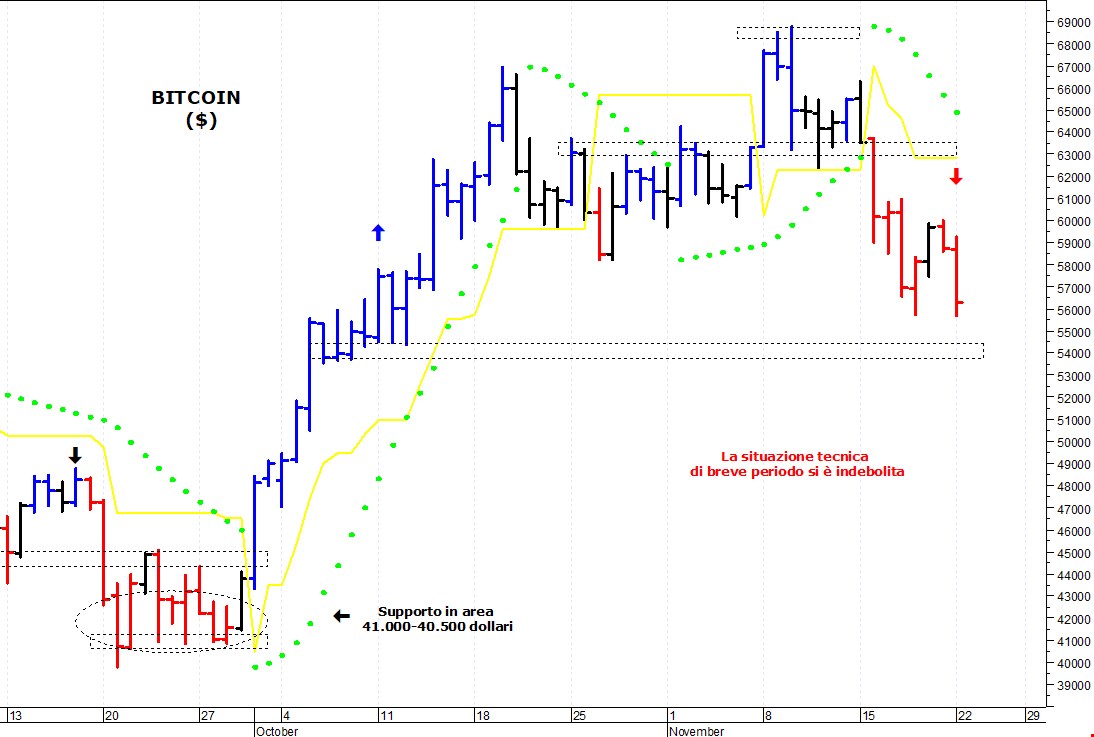 Bitcoin ($): down towards the first supports 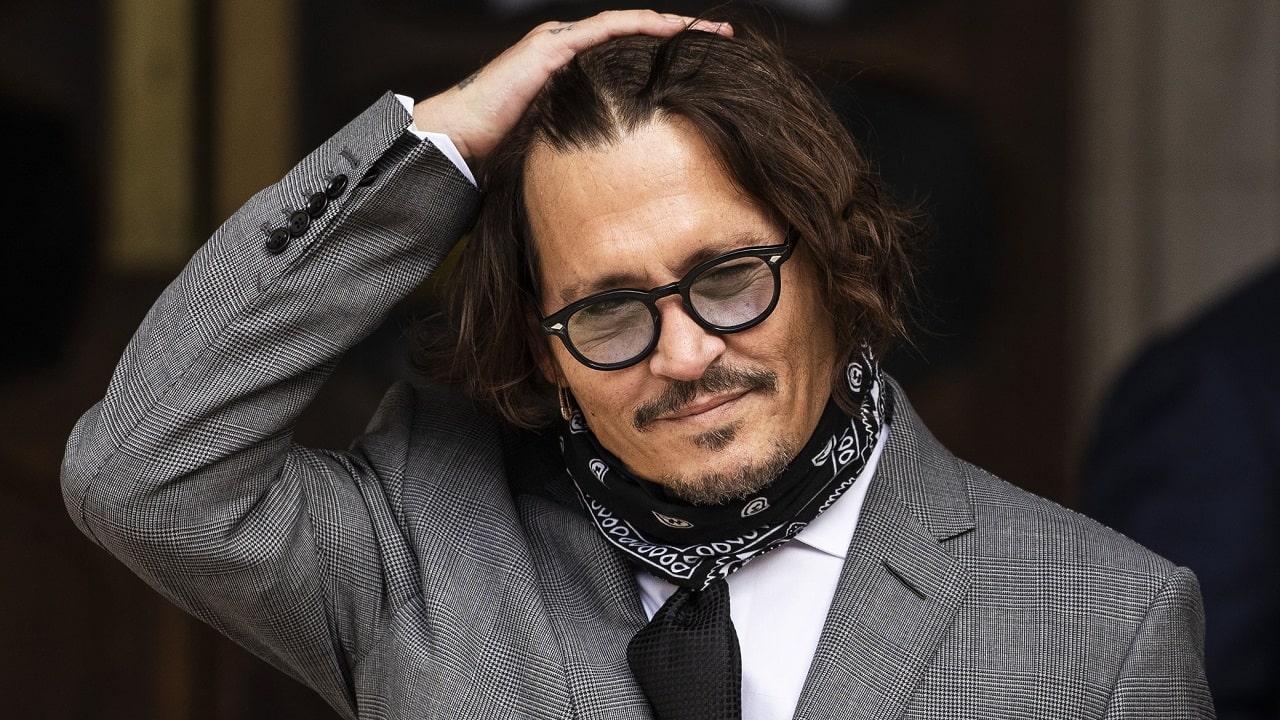 Harry Potter as Friends: is the reunion going on TV or to the cinema?