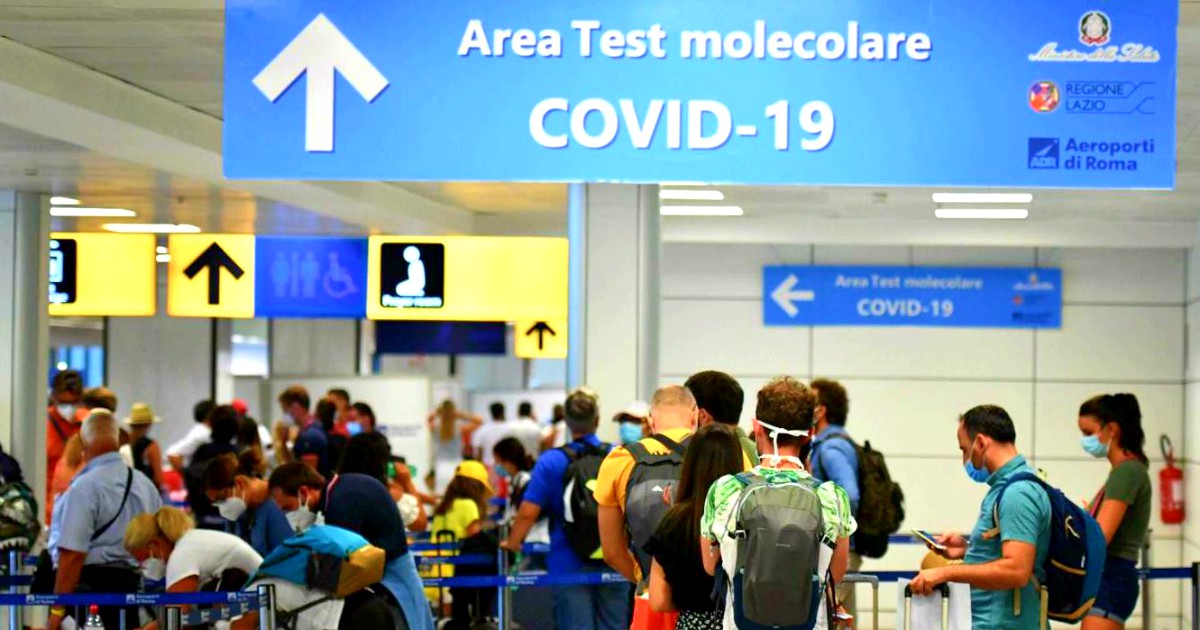 Around the world, as had already happened with the other variants of Covid, the picture is rapidly evolving. There Omicron variant of the coronavirus discovered in South Africa is increasingly alarming: in Europe it is already circulating, as confirmed by the first cases confirmed in Germany, the United Kingdom and Italy. In Holland it is now practically certain that 61 passengers, arriving on flights from South Africa, and positive results have contracted the new variant. London responded in a decisive manner: by imposing the obligation of masks in shops and on buses, by reintroducing the obligation of molecular testing and quarantine until the result for anyone entering British territory. Moreover, the speed of Omicron’s propagation frightens governments: after having already blocked flights from abroad, Israel has announced the closure of its borders andAustralia news arrives of the first cases found on the continent. Japan has added three other African countries to the list of those with mandatory entry quarantine. They United States they know that it is only a matter of time before they start counting cases too, so all efforts are focused on strengthening tests and speeding up vaccinations.

Israel – The government has decided to completely close its borders to prevent the arrival of people infected with the Omicron variant of the Covid-19 virus, after yesterday announcing the interruption of flights from abroad.

Australia – The Omicron variant has also arrived here: the government announced that it had diagnosed two infections on passengers from South Africa.

Holland – The Omicron variant was found in 13 of the travelers from two flights from South Africa that landed in Amsterdam on Friday. A total of 61 passengers tested positive for Covid according to the Dutch health authority, which analyzed the results for the new variant that recently appeared in South Africa. After arrival, however, all of them had been quarantined in a hotel near the Amsterdam airport.

South Africa – “The new Omicron variant of the coronavirus causes mild illness without major symptoms“: Said Angelique Coetzee, president of the Association of Doctors of South Africa, the country from which the variant comes and which has isolated it, reported by various media. However, Dr. Coetzee pointed out that elderly people and people suffering from diseases are still at risk. In statements cited by the Telegraph, he states that the new variant has given “symptoms they were very different and mild than those I had previously treated“: A sense of fatigue, children with a rapid heartbeat, but none with one of the most typical symptoms, that is, the loss of taste and smell. Meanwhile in the country infections increase: the Ministry of Health reported over 3,200 new cases in the last 24 hours, but did not provide any indication of how many of these are related to Omicron. In the country, reads a Tweet from the South African health authority, the positivity rate has risen to 9.2% with “3,220 new cases of Covid” concentrated in Guateng, the region where Johannesburg and Pretoria are located, which records 82 % of total new infections. Yesterday the data pointed to 2,880 new cases in one day and 2,465 the day before yesterday.

Japan – Japan adds three other African countries to the list of countries for which it has been triggered since Saturday the obligation of quarantine, after the discovery of the new variant of Covid-19, originated in South Africa. The countries are Mozambique, Malawi and Zambia, and are added to Botswana, Eswatini, Lesotho, Namibia and Zimbabwe, as well as South Africa itself. “The government responds urgently to the risk of the virus spreading, and we will do everything in our power to better control the borders,” said Japanese Prime Minister Fumio Kishida. Travelers from the nine countries will be subjected to a 10-day period of quarantine in facilities set up by the health authorities, during which three swabs will be performed: on the third and sixth day and at the end of isolation.

Austria – First suspicious case of the new variant Omicron also in Austria. A traveler who returned from South Africa last week tested positive for Covid with indications of the possibility that he was infected with the new variant, although further details will be required in the coming days to confirm.

UK – The arrival of Omicron also broke the delay of Boris Johnson, who until now had preferred a soft approach on restrictions. On Saturday, at the end of a hectic day, the premier addressed the press announcing the introduction of the obligation to wear a mask in shops and on public transport. A drastic measure, in a country where the mask has never been appreciated, but which gives the sense of alarm. The government has also gone further, effectively locking its borders: anyone who arrives in the Kingdom will have to undergo a mandatory molecular test and quarantine until the result. While the red list on travel has been extended to other 4 African countries, which have now become 10.

Germany – Two i confirmed cases of Omicron in Germany: in Munich, in rich Bavaria. In Italy, a sequence attributable to Omicron was identified in a resident in Campania who returned from Mozambique a few days ago.

United States – The United States has praised South Africa for its ‘transparency’ with the rest of the world after the discovery of the Omicron variant, while Pretoria claims to feel “punished” and treated unfairly, with its citizens treated as non-grateful people. In a telephone conversation between United States Foreign Minister Antony Blinken and his South African counterpart Naledi Pandor, “Secretary of State Blinken praised South African scientists for the rapid identification of the Omicron variant,” the State Department said in a note. He also praised “the South African government for its transparency in sharing this information, which should serve as a model for the world,” added US diplomacy. Travel bans issued by many countries against South Africans amount to “punishing South Africa for its advanced genomic sequencing and its ability to detect new variants faster,” the South African government complained, two days after the discovery was announced. of the Omicron variant. “Sometimes we get punished for being transparent and doing things fast,” lamented South African virology star Tulio de Oliveira, whose team took over the variant. Conversely, the US accuses Beijing of waiting too long to share crucial information on the outbreak, saying more transparent management could have helped stop the spread of the virus.

China – If China didn’t have stringent traffic and travel restrictions in place, it would have up to an average of 630 thousand new infections from Covid-19 every day. This is supported by a study carried out by mathematicians at Peking University for the Chinese Center for Disease Control and Prevention.