As an unusual and unfortunate event, the Peruvian ambassador described in WashingtonOswaldo de Rivero Barreto, the shooting that ended the life of a man who entered the garden of the diplomatic residence this Wednesday morning.

LOOK: Ambassador of Peru to the US, Oswaldo de Rivero, is safe and sound after the shooting at his residence

Through a telephone interview, the representative of our country in the US stated that he was very sorry for the situation, but that all the members who live in the embassy are safe and sound.

“We are very sorry for what happened. Around 07:10 in the morning an American man, about 20 years old and 1.80 meters tall, entered the embassy garden and began to break the windows and doors to enter the facilities”the ambassador told RPP.

The diplomat pointed out that this subject was carrying a metal weapon that he had taken from the garden. When he heard the screams, he asked all staff to take cover in their rooms and called the US secret service.

“Two people who work at the Embassy came out, a cook and someone who supports the service to try to stop the intruder. They used some wooden sticks to chase him away and he backed up a bit. At that time I went to call the secret service.Rivero recounted.

“(Embassy workers) couldn’t stop him because the guy had a much bigger gun. Five minutes later, the agents appeared and fired a shot into the air. That didn’t stop him, so they used an electric shock gun.” continuous.

The ambassador indicated that despite the fact that they used this non-lethal weapon, the intruder pounced on the agents and “They shot and killed him.”

Security at the Embassy

When asked what failed in the security of the residence so that a man could have entered without being noticed, Ambassador De Rivero pointed out that “I don’t think security has failed because they always watch us. American agents make rounds throughout the establishment, they don’t stay in one place.”

De Rivero presumes that the man could have come through a forest that is very close to the residence. “He climbed the wall that surrounds the entire embassy and jumped into the garden. That’s where he started to break everything.”

Although they have not yet been able to identify the intruder, the diplomat believes that he acted under the influence of some drug or alcohol, because he did not send any message, “he only dedicated himself to attacking.”

“Watching him die is not an easy thing,” he concluded. 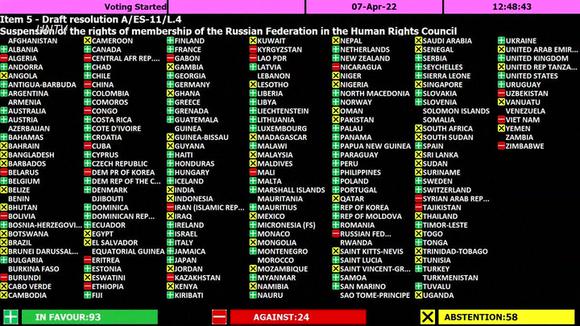