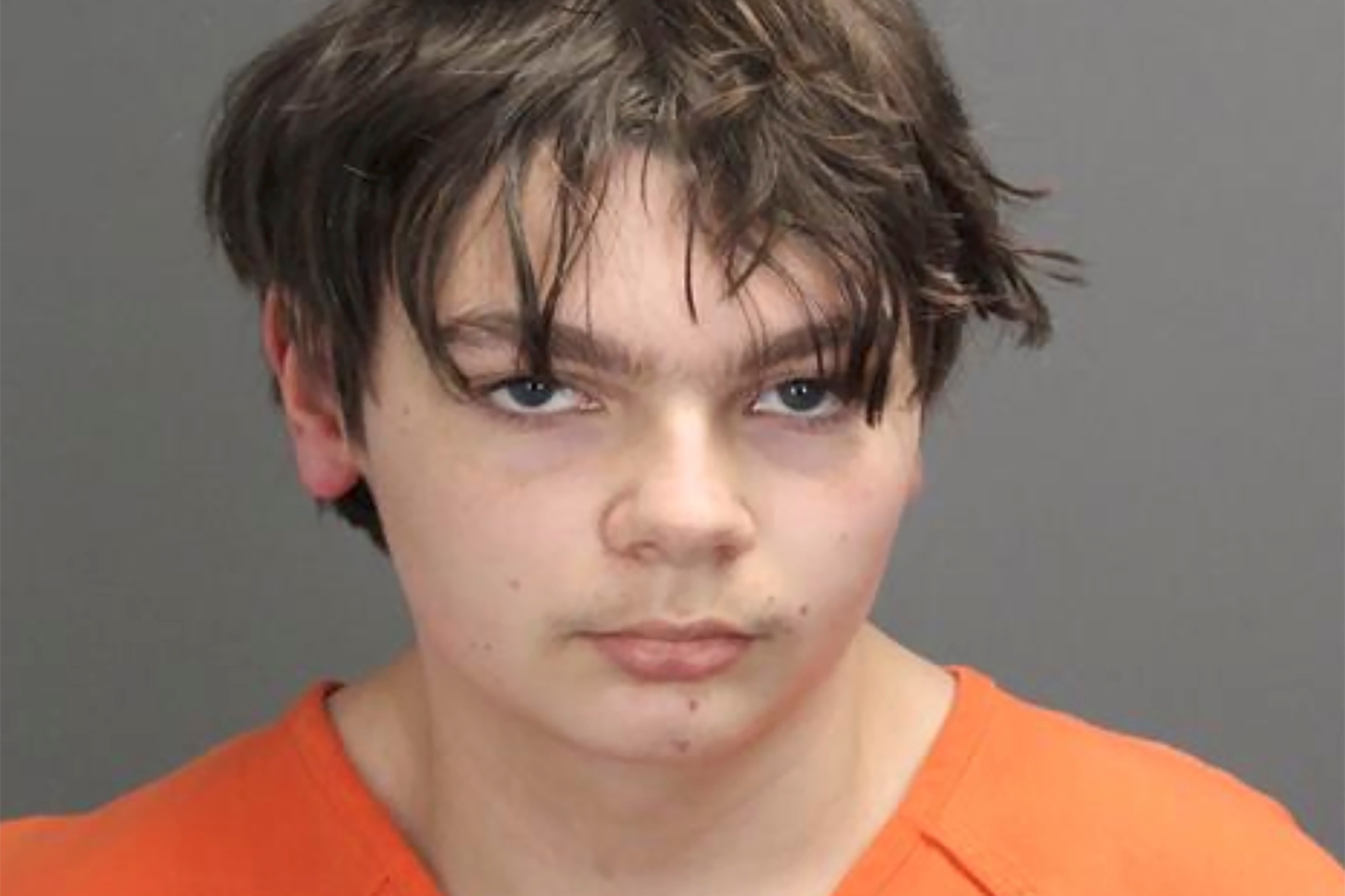 A teenager pleaded guilty Monday to terrorism and first-degree murder in a Michigan school shooting that killed four students and put an extraordinary focus on the boy’s home life and his parents’ alleged role in the tragedy.

Ethan Crumbley pleaded guilty to all 24 counts.almost a year after the attack on Oxford High School in southeastern Michigan. In the gallery, some relatives of the victims wept as Assistant District Attorney Marc Keast described the crimes.

“Yes,” he responded, looking down and nodding, when asked if he knowingly and deliberately chose to shoot other students.

The prosecutor’s office said no deals were made before Monday’s guilty plea. A first-degree murder conviction generally carries an automatic life sentence in Michigan, but teens are entitled to a hearing where their attorney can argue for a shorter term and a chance at parole.

The teen withdrew his intention to seek an insanity defense and repeatedly acknowledged that he understands the potential penalties. Deborah McKelvy, his court-appointed guardian, told Judge Kwame Rowe that she had met with him Thursday at the county jail and believes he fully understands the consequences.

Ethan, now 16, had no discipline problems at the school, about 30 miles north of Detroit, but his behavior on the day of the mass shooting raised suspicions.

A teacher had discovered a drawing with a gun pointed at the words: “Thoughts don’t stop. Help me.” There was an image of a bullet with the message: “Blood Everywhere”.

James and Jennifer Crumbley refused to take their son home on Nov. 30 but told them to get him to therapy within 48 hours, according to investigators.

Ethan had worn a Sig Sauer 9mm pistol and 50 rounds of ammunition to school in his backpack that day. He went into a bathroom, pulled out the gun and then shot at students in a hallway. Within minutes, officers arrived at the scene and he surrendered without resistance.

A day earlier, a teacher had seen Ethan looking for ammunition on his phone. The school contacted Jennifer Crumbley, who told her son in a text message: “LOL. I’m not mad at you. You have to learn not to get caught.” the prosecution said. 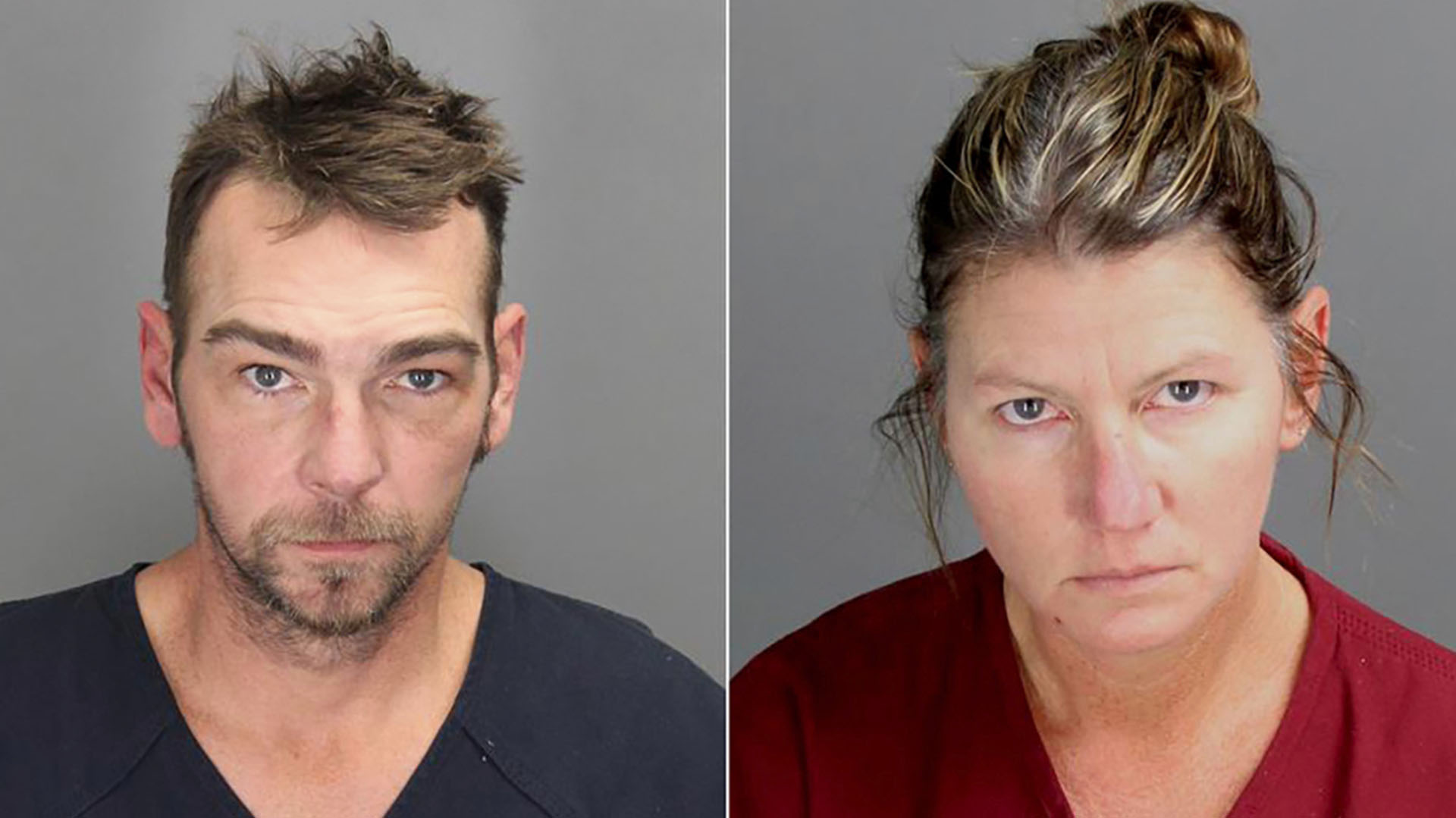 Separately, The older Crumbleys face manslaughter charges. They are accused of putting a gun at Ethan’s disposal and ignoring his need for mental health treatment. Parents have rarely been charged in school shootings, although the weapons commonly used come from the home of a parent or close relative.

Prosecutors earlier this year revealed that Ethan had hallucinations about demons and was fascinated by weapons and Nazi propaganda.

“Simply put, they created an environment in which their son’s violent tendencies flourished. They knew his son was in trouble and then they bought him a gun,” prosecutors said in a court filing.

The Crumbleys said they were unaware of Ethan’s plan to commit a school shooting. They also question whether the gun was easy to grab at home.

Madisyn Baldwin, Tate Myre, Hana St. Juliana and Justin Shilling were killed, while six students and one teacher were injured. In addition to charges of first degree murder and terrorism causing death, Ethan pleaded guilty to seven counts of assault with intent to murder and 12 counts of possession of a firearm in the commission of a felony.

The judge set February 9 for the start of hearings to determine if he will be sentenced to life in prison without parole or if he will get a shorter sentence because of his age and the possibility of being released. His attorneys will be able to argue a variety of mitigating circumstances, including family life and mental health. Prosecutors did not say in court whether they will defend a sentence without parole.

Detroit attorney Ven Johnson, who is representing the families of several of the victims in a civil lawsuit against the Oxford school district and the Crumbley family, said Monday’s guilty plea “is a small step forward in a long path towards obtaining full justice for our clients.”

“We will continue to fight until the truth is revealed about what went wrong leading up to this tragedy and who, including Crumbley’s parents and various Oxford Community Schools employees, could and should have prevented it,” Johnson said.