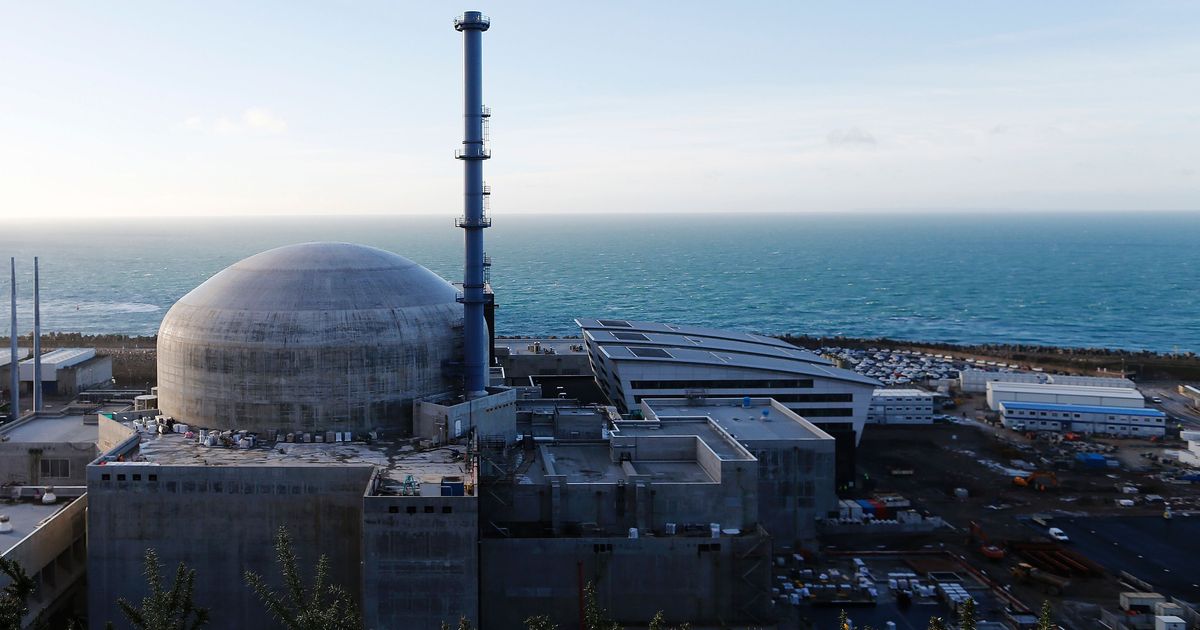 French group EdF (Électricité de France) has announced new delays and additional costs for the new generation EPR nuclear reactor under construction in Flamanville, Normandy. “The fuel loading date has moved from the end of 2022 to the second quarter of 2023”, reads the press release, and “the forward cost estimate goes from 12.4 billion euros to 12.7 billion”. It is a cost that is quadrupled compared to that foreseen at the beginning of the works, which began in 2007. The newly born project estimated 3.3 billion, which became 4 already in December 2008. The completion of the works was then scheduled for 2014, from the initial 2012 , with an estimated cost of € 5 billion. EdF had underestimated “the workload and the complexity of the project”, they explained after only three years from the opening of the construction site.

The news of the latest postponement comes as France prepares to launch a new nuclear reactor construction program, announced on November 9 by President Emmanuel Macron, who has already repeatedly praised the advantages of nuclear power, especially from the point of view of climate objectives to be achieved and which expressed the desire to build new nuclear units on the territory. “To ensure France’s energy independence and achieve our goals, particularly carbon neutrality in 2050, we will relaunch the construction of nuclear reactors for the first time in decades,” he said.

The Flamanville ESR is the only one under construction in France. Three EPR reactors have already gone into operation in two countries: one in Finland and two in China, in Taishan. In Finland, the nuclear authority authorized the start-up of the EPR Olkiluoto 3 reactor, built by the Franco-German Areva-Siemens consortium, in mid-December, twelve years behind the initial schedule and a tripled cost. The EPR has also been selected for a two-reactor project at Hinkley Point in England, which is scheduled to go into operation in June 2026. EdF hopes to further sell the EPR abroad, in particular in India, Poland. and the Czech Republic.

Nuclear is one of the divisive themes of the current French presidential campaign, with favorable candidates, particularly on the right, and others hostile, such as ecologists. But it is also so elsewhere, and more so, since the European Commission, at the beginning of December, decided to include nuclear and natural gas in a list of economic activities considered sustainable, the “taxonomy” provided for by European Green Deal as a tool to guide governments and businesses in their development choices. The decision was supposed to go into effect today, but was postponed to 21, as European Commission spokesman Eric Mamer said yesterday, during the press briefing in Brussels, “in order to give a little more time” to Member countries to give their opinion. The act was supported by countries that use nuclear power for electricity generation, such as France and Poland, but opposed by countries that are decommissioning their nuclear plants, such as Germany, Austria and Luxembourg. .

Macron yesterday at a press conference in Paris with the President of the European Council Charles Michel confirmed the position of France: “The recognition of nuclear energy as low-carbon energy without time limits is a point of fundamental importance to meet the reduction targets. of emissions because it is the technology that emits less Co2 and allows energy to be produced not intermittently “. And he said that “if we want to abandon coal and stay on stable energy, gas and nuclear must be at the center of our climate and geopolitical strategy”.

The proposals of the European Commission, on the other hand, are only “facade environmentalism” for the German government, which does not accept replies on nuclear power, as the Minister for Climate Protection and Vice-Chancellor Robert Habeck had already commented, defining them as “greenwashing”. Yesterday Habeck presented the green plan of the government of Social Democrat Olaf Scholz, which sees ecologists as a fundamental pillar. “In general we can say that we must become three times better than we are in every field”, said the leader of the Grüenen, “we can do it”, otherwise the goals we have set for 2030 “will be missed”. And the German Environment Minister Steffi Lemke on the European debate confirmed: “We will say a clear no on the inclusion of nuclear energy as an eco-sustainable energy” in the taxonomy. The objective of the program is instead what has been defined as “climate neutrality”, ie zero CO2 emissions by 2045. And Habeck specified that if in the last decade the emissions have decreased on average by 15 million tons per year , “By 2030 these will have to decrease between 36 and 41 million annually”. By 2030 we want to cover 80% of electricity needs with renewables: wind energy must be increased to 100 Gigawatts and photovoltaics to 200 Gigawatts and the installation of wind turbines and solar panels will be expanded.

Nuclear power “is not an option for the Federal Republic”, confirmed the liberal Christian Lindner, owner of Finance, clearing the field of doubts about a possible turnaround on the closure of the plants decided by Angela Merkel by 2022. The taxonomy that finally classifies nuclear energy as sustainable ”is incomprehensible because it ignores“ sustainability issues, ”says the Federal Office for the Safety of Nuclear Waste Management (Base). As reported by the daily “Frankfurter Allgemeien Zeitung”, for the Base the proposal of the European executive does not pay sufficient attention to the risk of nuclear accidents and the difficulties associated with the disposal of radioactive waste.