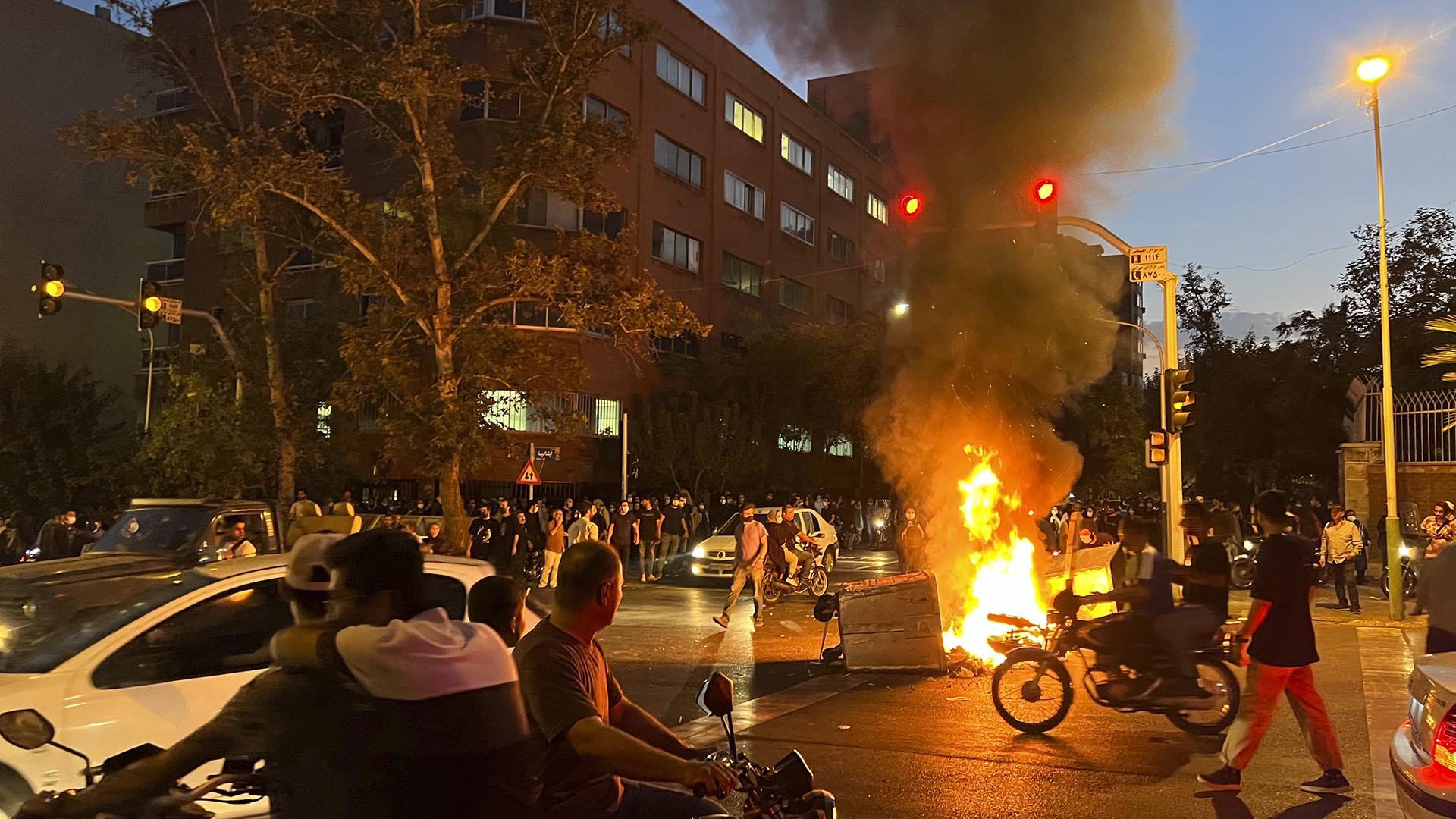 Iran’s regime charged 516 people in Tehran and Alborz provinces for their participation in the protests unleashed by the death after passing through police offices of the young Mahsa Aminiand four of them face the death penalty.

Tehran Prosecutor ali salehiannounced the 315 accusations in the province of the capital for the “intention to act against the security of the country”, “propaganda against the system” and “disturbance of public order”, reported the Mizan news agency, of the Judicial Power.

It may interest you: Protests in Iran: 34 countries denounced the regime for restricting internet access during the massive demonstrations

Four of the defendants face charges of “enmity with God” for the use of “weapons to terrorize society, injure members of the security forces, set fires and destroy public and private property”, which could lead to death. death penalty, Salehi said.

“Four rioters were indicted on charges of moharebeh (‘enemy of God’ in Persian),” a charge that carries the death penalty, Salehi added.

They are also accused of having “destroyed public and government property, with the aim of attacking the holy system of the Islamic Republic of Iran,” he said.

Protests at Tehran University in Iran

“The trials of those who have committed crimes… and those who are affiliated with anti-revolutionary agents inside and outside (Iran) and foreigners will be held in accordance with the law. They will be punished”, declared the head of the Judicial Authority Gholamhossein Mohseni Ejei quoted by Mizan Online.

In the neighboring province of Alborz, another 200 people were accused of participating in the demonstrations, said the provincial justice chief, Fazeli Harikandi.

At least 3,000 people have been detained in Tehran province alone200 of them university students and another 200 schoolchildren since the beginning of the protests, of which all minors have been released, parliamentarian Alireza Beigi recently stated.

For their part, some 600 people were arrested in Alborz, according to local media.

It may interest you: They hacked the email servers of the Iranian nuclear agency

The Iranian authorities have not reported the total number of detainees or deaths in the country, but the NGO Iran Human Rightsbased in Oslo, places the dead at 108 and the detainees at 12,500.

Iran has been experiencing protests since the death of Amini on September 16, after being arrested three days earlier by the Morality Police for wearing the Islamic veil incorrectly, which are being harshly repressed by the security forces.

Two people dressed as civilians, belonging to the forces of the Iranian regime, attacked a woman for not wearing the veil

The protests are mainly led by young people and women shouting “woman, life, freedom”, launching slogans against the regime and burning veils, one of the symbols of the Islamic Republic and something unthinkable not long ago.

On the other hand, the Freedom Online Coalitiona group of 34 countries including the US, Spain, Mexico and Argentina, denounced this Thursday the measures taken by the Iranian regime to restrict internet access after the protests that arose for the death of young Mahsa Aini.

The coalition said in a statement that it is “deeply alarmed” by the “pattern of censorship” of the Iranian authorities, which They have left most of the 84 million Iranians without internet on their cell phones at the same time that they are causing problems to access the most popular social networks.

The group of countries, chaired this year by Canada, denounced that Iran is also applying techniques such as “throttling”, which is drastically reducing internet speeds, and blocking individual users from accessing online or using encrypted DNS services, used by activists and journalists to mask their internet activities.

The Tehran regime’s actions are suppressing the right to peaceful assembly, freedoms of association and curtailing the capacities of journalists and human rights defenders to document human rights violations, the coalition added.

Iranian Revolutionary Guard landed in Crimea
Protests in Iran: the regime detained more than 50 people during new demonstrations in the city of Zahedan
Women reveal themselves in Iran and reveal the Ayatollah regime