November 2020. That was the month in which both Microsoft and Sony decided to launch their consoles, practically on the same day, a clear sign of the fight between the two industry giants. Exit buyers who already had their console reserved probably didn’t realize how lucky they were. On the other hand, perhaps some of them expected a more solid catalog to start the generation by both companies. A little over a year later, let’s stop for a moment, put the controller on the table and see how this year has been and what lies ahead in the near future.

No generations or stock

Looking back, console manufacturers have always tried to sell their machines through their catalog of exclusives, that was their main claim to attract players (beyond power or some gimmick on the controller, for example). It makes sense, because at the end of the day, we bought a new console so we could play new games that take advantage of its new specs. Nevertheless, this has changed slightly with this generation. 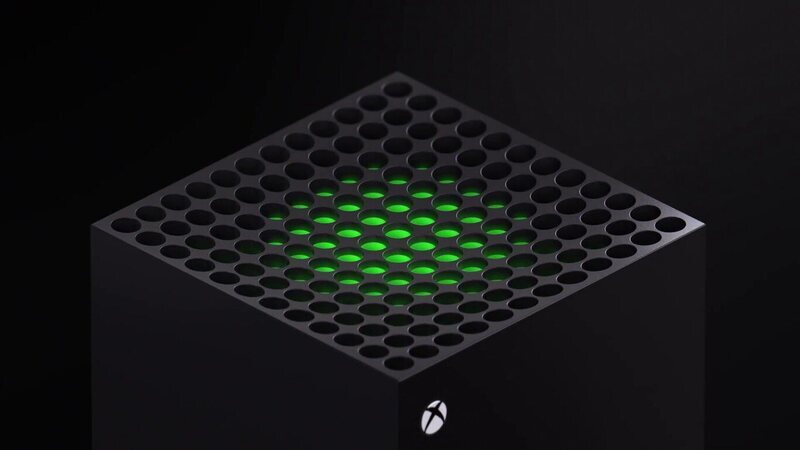 Microsoft, with Phil Spencer at the helm, made it clear (and continues to do so) that its transition was going to be more fluid than normal, since what those from Redmond are looking for is create an ecosystem in which, it does not matter if you play on an Xbox Series S or on a mobile through xCloud, what matters is that you are inside -and paying the Game Pass-. On the other hand, in an attempt to differentiate himself from the competition, Jim Ryan, head of PlayStation, assured that “we believe in generations.” In this way, Sony wanted to leave PlayStation 4 behind (thus justifying the lack of backward compatibility) and think only of PlayStation 5. Months later, Sony not only continues to think about PS4, but has increased its production of the console to compensate for the lack of stock, while Microsoft stopped Xbox One production at the end of 2020 to focus solely on Xbox Series S and X.

Indeed, stock problems have been the leitmotiv during the past year and still persists todayespecially for PlayStation 5. Right now, finding a state-of-the-art console requires either a lot of luck or follow minute by minute Telegram groups where they warn and have a lot of luck too.

The worst thing is that this chip drought doesn’t seem like it’s going to end anytime soon.In the words of Toshiba semiconductor manager Takeshi Kamebuchi, “Chip supply is going to remain very tight until at least September of next year. [2022]. In some cases, there will be some customers that we cannot fully satisfy until 2023.”. Intel CEO Pat Gelsinger agrees with this prediction and explains that the shortage would be fixed by the end of 2021, but “We need one or two years for the industry to be able to meet the demand”. 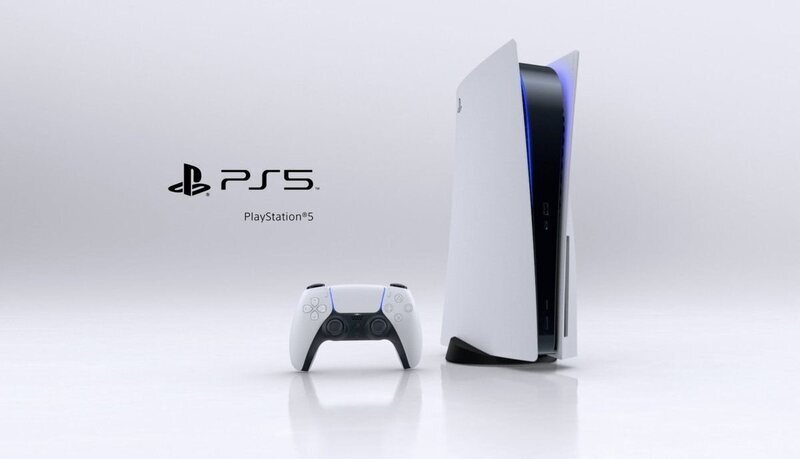 Sony finished the last generation with a dominant position in terms of sales and this first year continues to maintain this superiority. As for official figures, Sony revealed the number of consoles shipped in September 2021: 13.4 million units. However, Microsoft has not made any announcement about its sales so far, with only Phil Spencer recently saying that the Xbox Series X and S were selling better than their predecessors in the same time period.

Therefore, if we want to make some kind of comparison between the two, we must go to expert analysts in the field. Analyst Daniel Ahmad, following the Microsoft earnings report, estimated that it had sold more than eight million units at the end of September 2021, which would leave a difference of five million. From Ampere Analysis are somewhat less optimistic with Microsoft’s figures, reducing it to 6.8 million, that is, half of the sales compared to Sony.

Still, it seems that Last Christmas closed on a positive note for Xbox according to certain experts. When buying gifts, the main factor is that there is stock, and this is not being a problem for Xbox Series S. In addition, the characteristics of the console make it a perfect entry point for the less specialized public. Finally, the Xbox consoles received two bombshells to close the year: ‘Forza Horizon 5’ and ‘Halo Infinite’.

What have we played this year?

This first year has been characterized by having very few exclusives, something that forces users to take the leap, something completely understandable considering the large base of PlayStation 4 consoles that currently exists and the great scarcity of PlayStation 5. . In the launch catalog, we only find ‘Demon’s Souls’ and even this can be questioned because it is a remake -a very good one, everything is said-. The Miles Morales expansion was a small boost for Spider-Man fans, but this content was also available last generation. Months later, a couple of exclusive games arrived: ‘Returnal’ and ‘Ratchet and Clank’, which came to have a significant presence at the Game Awards. Insomniac has become the MVP of this first year in its own right. Another Sony strategy has been to take enhanced versions with exclusive content on PlayStation 5 of quite important titles: ‘Ghost of Tsushima’, ‘Death Stranding’ and ‘Final Fantasy VII Remake’.

Without a doubt, the Game Pass is being the most talked about feature in this generation. Microsoft is betting everything on this service and its acquisition strategy is meant to nurture it. In addition to ensuring exclusives, cross-platform games will appear for free on day one while we are paying for the Game Pass. The latest data, offered in the announcement of the acquisition of Activision-Blizzard, indicates that Microsoft’s flagship service has more than 25 million users (in January 2021, they reported 18 million). 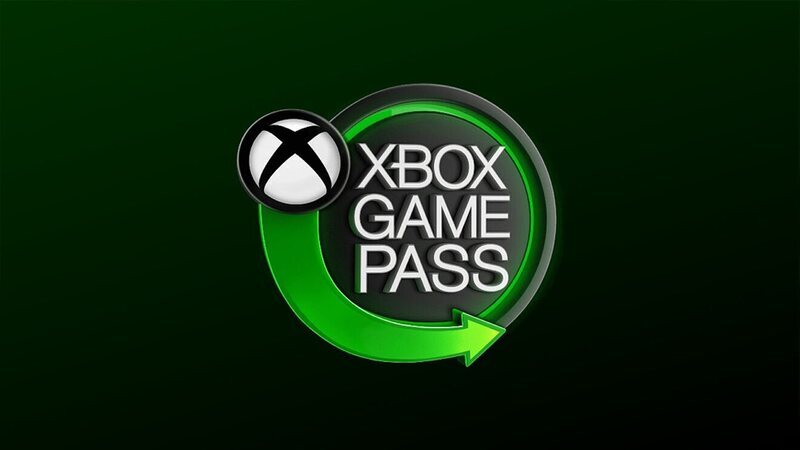 For now, Sony’s reaction in this regard is null, although there is information that suggests that it will try to compete with a service with the code name Spartacus. According to Bloomberg sources, this would be a merger of PlayStation Plus and Now and is expected to launch this spring. This new service would have three levels, which are as follows: the first and most basic would be identical to Plus as we know it today; the second would offer a larger catalog of PlayStation 4 and PlayStation 5 games; the third and final would include extended demos, game streaming, and a larger library of classic PS1, PS2, PS3, and PSP games.

What have we played this year?

This first year has been characterized by having very few exclusives, something that forces users to take the leap, something completely understandable considering the large base of PlayStation 4 consoles that currently exists and the great scarcity of PlayStation 5. . In the launch catalog, we only find and even this can be questioned because it is a remake -a very good one, everything is said-. The Miles Morales expansion was a small boost for Spider-Man fans, but this content was also available last generation. Months later, a couple of exclusive games arrived: ‘Returnal’ and ‘Ratchet and Clank’, which came to have a significant presence at the Game Awards. Insomniac has become the MVP of this first year in its own right. Another Sony strategy has been to take enhanced versions with exclusive content on PlayStation 5 of quite important titles: ‘Ghost of Tsushima’, ‘Death Stranding’ and ‘Final Fantasy VII Remake’. 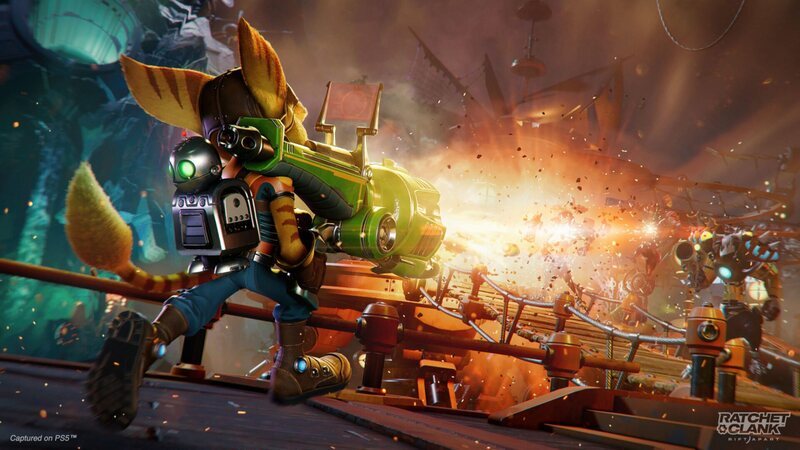 For its part, Microsoft does not have that obligation to do exclusives for its new console, because it would basically go against its strategy of creating an Xbox ecosystem, no matter what platform you play on. The launch catalog was quite poor, mainly due to the delay of ‘Halo Infinite’, and Microsoft brought out its console with many cross-platform and other old titles that are optimized on the console with 4K and 60fps. However, in the last part of the year, has managed to hit the table and launch two installments of its most important franchises in less than a month: ‘Forza Horizon 5’ and ‘Halo: Infinite’.

After looking back, it’s time to take a look at the future both near and far. Sony continues to squeeze its most important franchises and has just released a remastering of ‘Uncharted 4’ and ‘The Lost Legacy’ in the same game and at a reduced price, a minor release intended for the most Nathan Drake fans and the few who still have no test your adventures. 2022 is the year of sequels for Sony. ‘Horizon Forbidden West’ arrives in February, the continuation of the intriguing story of Aloy and the robotic dinosaurs with which Guerrilla Games surprised locals and strangers five years ago. Aloy has become a new standard for Sony and this sequel is intended to cement that position. The second pillar of this 2022 could not be other than Kratos. His radical change made him win the GOTY of his year. This Ragnarok will put an end to his epic in Nordic lands, although there are many who are skeptical about its release date. After delaying it, Sony has not yet dared to give something more concrete than a brief 2022. In the longer term, the Japanese have wanted to make it clear that they continue to work hard and featured two very short teasers for ‘Marvel’s Spider-Man 2’ and ‘Marvel’s Wolverine’. 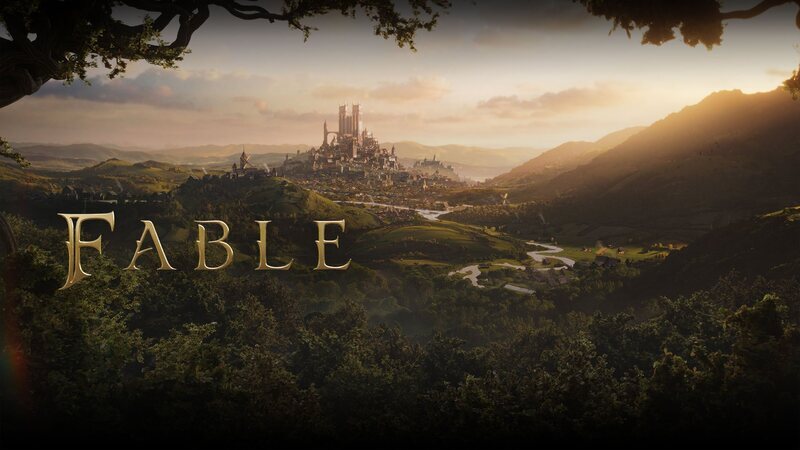 As for Microsoft, it is curious that its probably most anticipated game is not one traditionally linked to the Xbox brand, but comes from Bethesda: ‘Starfield’. The company’s first new IP in over a decade is creating quite a stir among fans, though there are also some pessimists who are suspicious of a possible delay that will take the title until next year. Not to mention ‘The Elder Scrolls VI’, of which we still know absolutely nothing. The sequel to ‘Hellblade’ is another of Microsoft’s bets achieved through the acquisition of Ninja Theory. There are also many projects that we barely have information about: Rare’s ‘Everwild’ (possibly for 2024), The Coalition’s ‘Gears of War 6’ (an insider commented that we would not see it until 2025-2026), ‘Fable’ by Playground Games, ‘Perfect Dark’ by The Initiative, ‘Avowed’ by Obsidian, ‘Indiana Jones’ by MachineGames. The future looks very good for Redmond, but 2022 may be another year of transition. Microsoft needs some time to settle its latest acquisitions (the Activision-Blizzard acquisition is not even approved by the authorities yet) and draw up a plan among its studios to give its catalog a clear personality for its users, just as Sony has done .

After this extensive review of the first year of life of this race between two giants, we can draw some conclusions. Sony has a clear advantage in sales, but the generations take many turns, as we saw in the beginning of Xbox 360 and the comeback of PlayStation 3. Although Sony continues to maintain very interesting exclusive IPs, Microsoft seems to have found the key to this generation: Game Pass. In addition, the service will be further enhanced in the medium-long term future thanks to the recent acquisitions of ZeniMax and Activision-Blizzard. There is still a long way to go and Microsoft is proving to be short-sighted and Phil Spencer is gaining the trust of many gamers, while Sony remains on top, feeling like it’s resting on its laurels..