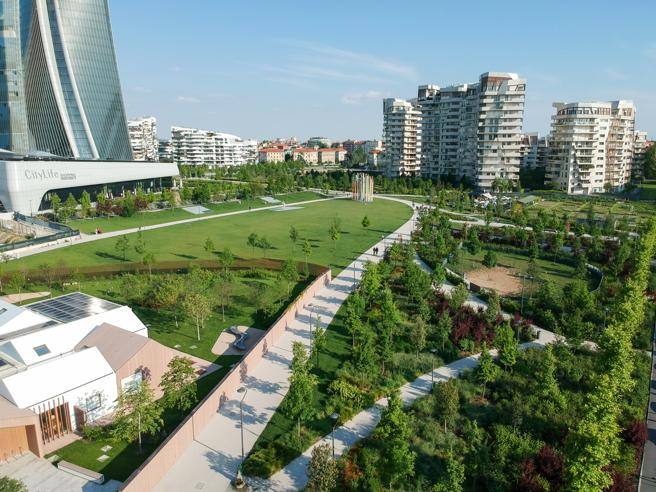 In the former Fair area, a park of 173,000 square meters and 2,500 trees. On 8 December, the awarding of the prize sponsored by the EU Parliament

The best in Italy, if he plays it in Europe. Where we are: ex Fiera di Milano. What are we talking about: 173,000 square meters of greenery, 2,500 trees, large oaks, maples and elms, but also play areas, ecological kindergarten and fitness areas, a lung of biodiversity and services. Citylife park will be the Italian candidate for the Green Cities Awards, the international recognition assigned by the European Nurserystock Association, the association that brings together all the realities dedicated to large-scale nurseries, with the patronage of the EU Parliament. The award, in its second edition, crowns the park that best interprets urban green, reconciling the needs dictated by the challenges of climate and social integration, with the processes of urban regeneration and urbanization.

Citylife Park competes with 12 other large areas green in Belgium, Bulgaria, Denmark, France, Germany, Greece, Ireland, the Netherlands, Poland, Portugal, Hungary and Sweden. The thirteen projects will be evaluated by an international jury of professionals and can already be viewed on thegreencities.eu website. The prize will be awarded on December 8th. The aim is to stimulate the use of greenery in the public space by providing innovative ideas, information based on scientific research and technical skills.

From the Art Line to the Flower Gardens

The second largest urban park in Milan (after the Simplon), CityLife’s greenery got the European nomination passing the Library of the Trees of Porta Nuova and the Real Bosco di Capodimonte in Naples. In harmony with the surrounding skyscrapers, underlines a note from the company, the Citylife Park hosts many educational and cultural initiatives: from ArtLine Milan (the first open air museum of contemporary art in the city) ai Flower Gardens, the green area of ​​over 3 thousand square meters inaugurated in 2015, created with Orticola Lombardia and managed with the Cooperativa del Sole.

If you want to stay updated on news from Milan and Lombardy, subscribe for free to the Corriere Milano newsletter. It arrives every Saturday in your mailbox at 7am. Enough
click here.