‘Interview with the vampire, by Anne Rice’ will kick off the audiovisual universe based on the best-selling novels by Anne Rice that AMC+ has prepared. The series starring Jacob Anderson as Louis de Ponte du Lac and Sam Reid as Lestat de Lioncourt premiered on October 2 in the United States, and will arrive in Spain soon. After her, the streaming platform will continue to expand this new saga with the arrival of ‘Mayfair Witches’. 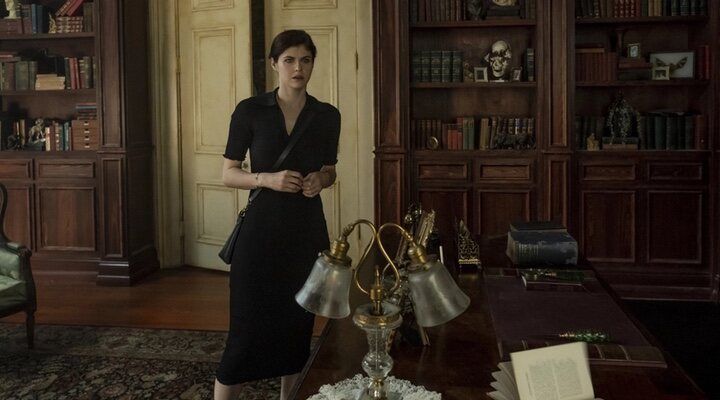 Since this new production was known, fans of the books have wondered what to expect about this new adaptation, especially in relation to the main characters of the books. Well, according to TVLine, Michael Curry, one of the most important characters in the novel, will not be present in the new AMC title. He is a contractor specializing in the restoration of old houses, who lives in California even though he was born in New Orleans.

Michael meets Rowan when he drowns and she resurrects him herself. This return to life forces him to return to his hometown despite having fallen madly in love with the brilliant neurosurgeon. However, the protagonist ends up also returning to New Orleans. There they reconnect, marry and end up living together in a restored house on First Street.. As the trilogy goes on, his character becomes more and more important.

Will it cause changes with respect to the original plot?

Due to this resounding absence, a great unknown is formed around the plot of the series.. With Michael out of the picture, it is necessary to rescue the statements of Esta Spalding, showrunner of the series, where she explained a little about the idea of ​​the series.

As reported by Comicbook.com, Spalding explained that the title will be inspired solely by the first book, thus allowing the series to establish its own story in future seasons.: “The first season picks up where the book does, with that New Orleans vibe and the ghost story of this house. We’ll meet Rowan Fielding very quickly, who is the main character in the first book and will be throughout the series as well.” series. The middle part has about 300 or 400 pages of 13 generations of witches going back to Scotland. We used a part of that, and then we feel like we’re going to save some of that great story and saga from all the different generations for later seasons if we’re that lucky“.